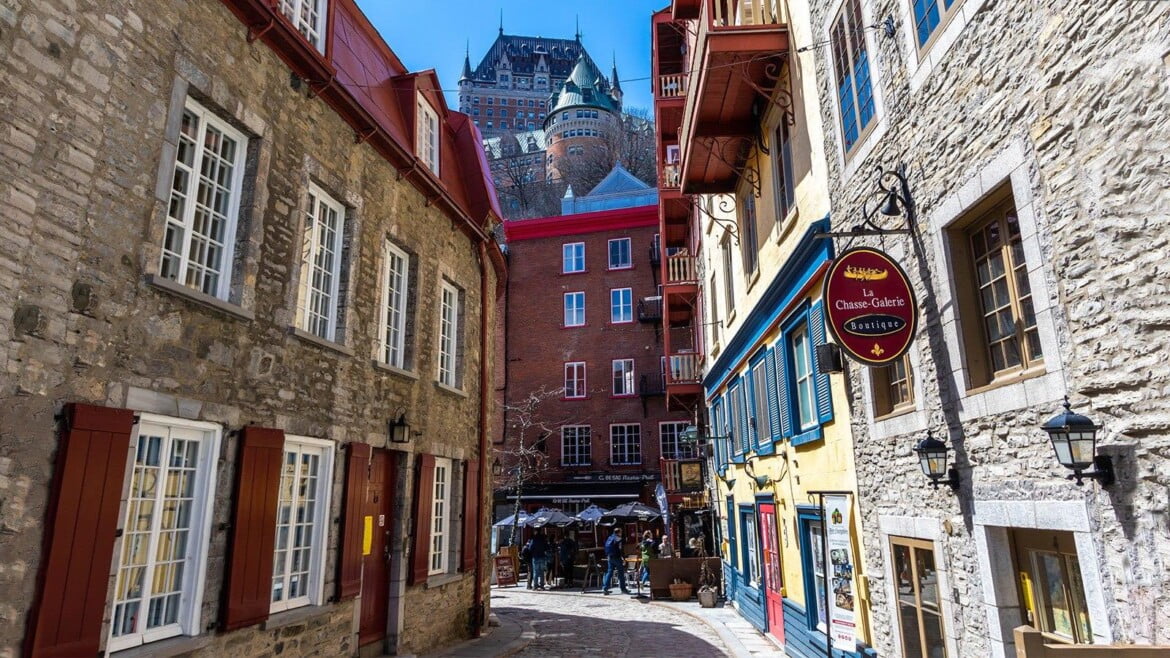 Ahh, “La Belle Province!” Canada’s vast borders mean that each province in the country is its own unique culture but among the personalities of the thirteen Canadian provinces and territories, Quebec holds a truly unique identity. It’s a personality that is unlike anywhere else in the country, yet remains one of the most authentically “Canadian” provinces.

Quebec is home to Quebec City, the second-oldest city in the country beaten, only by hair, by St. John’s Newfoundland. The city, established in 1608 and retaining much of the original architecture of its early settlement, remains the most classically European destination in the country.

Quebec is an adventure-lovers paradise. The country’s only purely Francophone province is a destination where you can tour classic-handmade cheese makers in the morning, shred some sick lines down some of the east coast’s best ski hills in the afternoon, and then do a sunset kayak among pods of humpback whales in the evening.

The province offers epic hiking, fishing, rock climbing, and camping for those who love to travel outside of urban areas. Heck, Montreal is even developing its own unique river surfing culture.

Whether you’re interested in exploring the magical small towns such as Tadoussac or Trois-Rivières along the St. Lawrence River, heading north for some some glamping in suspended spheres along a fjord in Saguenay Lac-St Jean, or learning about local Indigenous culture in Wendake, Canada’s only Indigenous community located within a major city, any visitor will find it hard not to be amazed at the sheer range of cultural and natural beauty on offer in Quebec.

Kevin Wagar is an award winning travel writer and photographer. His expertise on family travel has helped hundreds of thousands of parents use international travel to help teach their children about world cultures and landmarks as well as grow themselves by exploring the globe. Follow them on Facebook, Instagram, and TikTok.