Searching for a beau chapeau 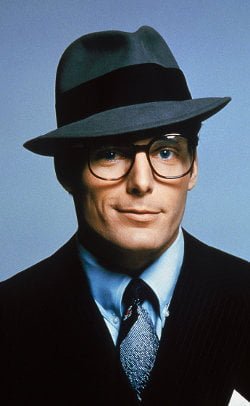 Wedding preparations have been going pretty well, and I’ve still got a lot to share about those plans, but one thing has been eluding me so far: my hat.

Aisha and I have been planning a fairly classic looking wedding, so I’ve been looking at getting a suit that you might see in an old Clark Gable film. For me, the ultimate addition to that suit would have to be a cool hat that would look at home in that era too, but so far I haven’t had much luck.

Lots of places in Toronto sell hats, and I’ve seen some that look almost right, but mostly they’re pretty poorly made, or they just look completely cheap, like something guys are wearing to clubs, instead of a wedding.

For me, the ultimate examples of great hats–and I really do have a thing for a nice hat–would have to be Christopher Reeve’s hat as Clark Kent in Superman, or else one of the Stetsons which I’ve had such a hard time tracking down.

A lot of places do sell nice hats online, but I’m not sure I really want to buy any of these without trying them on first, although if I found the perfect one I might be willing to change my mind. The question I have though is if anyone out there in Toronto, or the GTA, have recommendations for where I can get a stylish hat for my wedding?

I’m certainly open to suggestions. One option would of course be Biltmore hats, but again, I haven’t seen a lot of stores that carry the classier versions of their hats. If any hat stores or companies can help me, I’m also certainly not opposed to giving them a good plug on The GATE.

Otherwise, the next big challenge will be getting my suit, but I’m confidant that won’t be a problem, the issue will just be narrowing down all of the choices to a fantastic suit that I can still wear after the wedding to the occaisonal classy affair. Harry Rosen is by far my top choice, but we’ll see when I start shopping for the suit in July.

Addendum: I should say I did find this hat online at a store in Niagara-On-The-Lake (where I’ve shopped before). It’s very, very tempting, but I’m not sure when I’ll be down there to try it on, so I’m still kind of hoping to find a store in Toronto to at least compare it to.