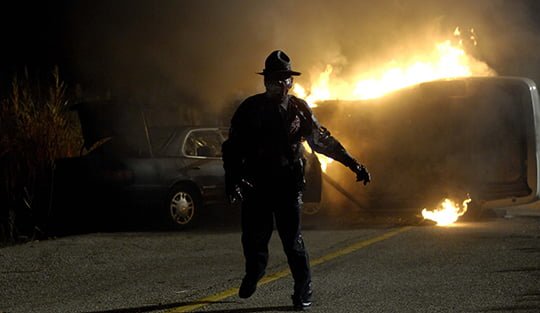 George A. Romero’s Diary of the Dead

There’s 37 days left until the Toronto International Film Festival (I know because I checked the TIFF07.ca website) and I’m not sure I’m even close to being ready for the event. I have pages to redesign, stories still to run, and plans to make for interviews. But I’m sure I’ll get it all together in the next month.

Combing through all the news from the festival, a few things have stood out already as “must see” events.

For one there’s George A. Romero‘s Diary of the Dead hitting Midnight Madness. I’m a Johnny-come-lately to the whole Romero/zombie cult-fest, but I’m planning to become a Romero expert for the festival.

I’m also mildly interested in Stuck starring Mena Suvari and Stephen Rea. The story is about a woman who hits a guy on the road and decides to leave him for dead in her garage, and it’s apparently based on a real story. As long as it’s not another one of those torture-porn brand of films I think I’ll have to check it out.

And the other standout would have to be writer/director Noah Baumbach‘s Margot at the Wedding. I adored his film The Squid and the Whale, and his new one stars Nicole Kidman, Jennifer Jason Leigh, and Jack Black in a story about a family digging into their true feelings about each other.

I’ll have more news soon, but for now here’s a few other blogs you may want to check out that are covering the festival, including Midnight Screenings, blogTO (of course), and Twitch.