Clark Gregg on the rise of Agent Coulson 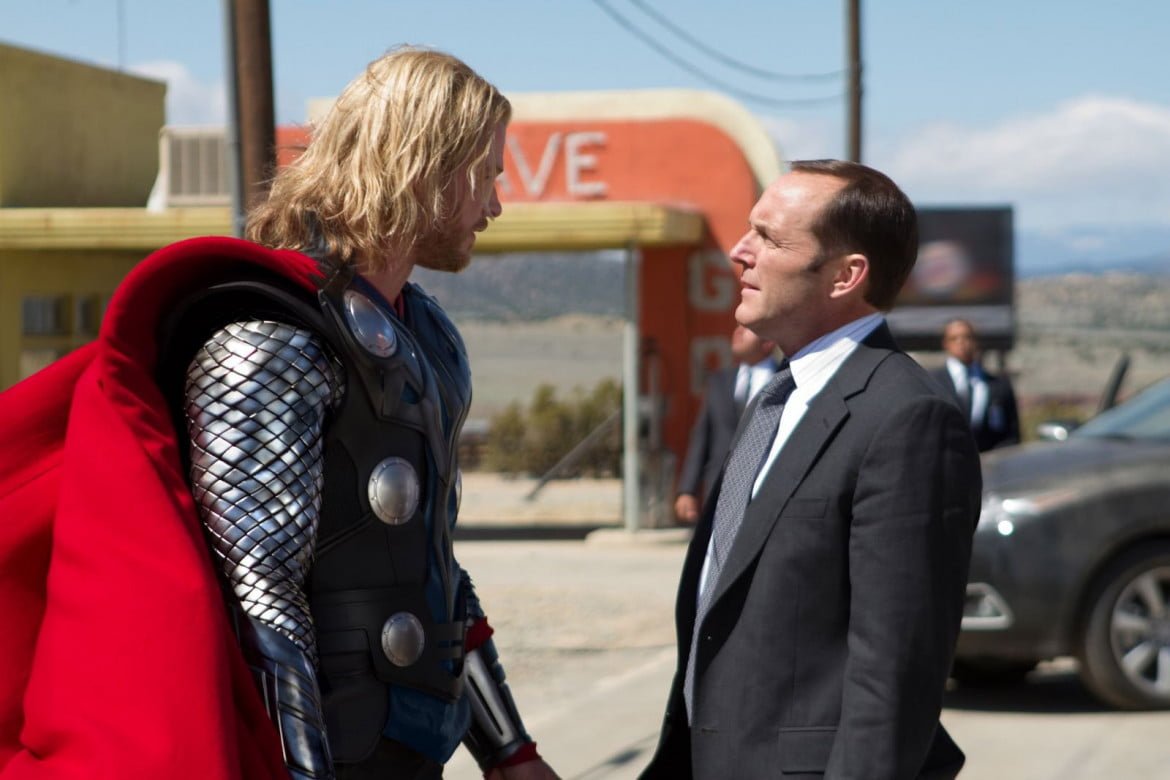 Chris Hemsworth as Thor opposite Clark Gregg as Agent Coulson

During a recent interview for the Blu-ray release of Thor, actor Clark Gregg–who has made cameos as Agent Coulson in Iron Man, Iron Man 2 and Thor–commented on how his life has changed thanks to this role of a lifetime.

“I’m humbled, but the reaction has been kind of amazing,” Gregg said in the interview. “It’s certainly been amazing to me.”

“I mean I went to [San Diego] Comic-Con a couple of years ago and, I don’t know; I walked around the hall,” he said, “and I bought comics and it was really fun and maybe a couple of people knew me from this or that.”

“This year I had to have security–I had to have a security escort and there were a lot of people dressed there as [Agent] Coulson. That was their costume,” he said, with a note of amazement in his voice.

“It’s one of the greatest things and I honestly feel like everybody ought to have that one day of the year where they go somewhere and they’re like a rock star and then they go back to their life and they’re not. Because it’s really the only way to truly enjoy it without becoming a giant douchebag. But, it’s been really such a fantastic ride–I’m just loving it and [the studio] keep[s] adding more pictures and every one of them is a different filmmaker and [adds] a different dimension to Coulson. I couldn’t be more happy about it.”

At the time of the interview Gregg was on-set filming scenes for The Avengers, which is being directed by Joss Whedon and stars Robert Downey Jr., Chris Evans and Scarlett Johansson, just to name a few from the huge ensemble cast.

Gregg also added that, as most fans may know already, Whedon has big plans for Coulson in the Avengers film, which is set for release in September 2012.

“I’m just geeky enough to be a really big Joss Whedon fan so when he kind of came over to me right before we went out and did the Thor panel at Comic-Con the year before this one, and said, ‘Hey, listen, you’re going to have a substantial part in the Avengers. We’d like to introduce you as part of the cast.’ I could have just dropped dead right there and it would have been okay.”