Stay tuned tonight for photos and details on the pomp and circumstance happening in Hollywood as the Hollywood Foreign Press Association hand out the 69th Golden Globe awards!

Ricky Gervais, who is returning for the third time as the show’s host–despite how much Hollywood seemed to hate him last year–is somehow assured of making at least one star starlet cry themselves to sleep tonight.

Have your say in the comments–what do you think of Gervais as the host of the Globes? Is he a legend, or a waste of time? 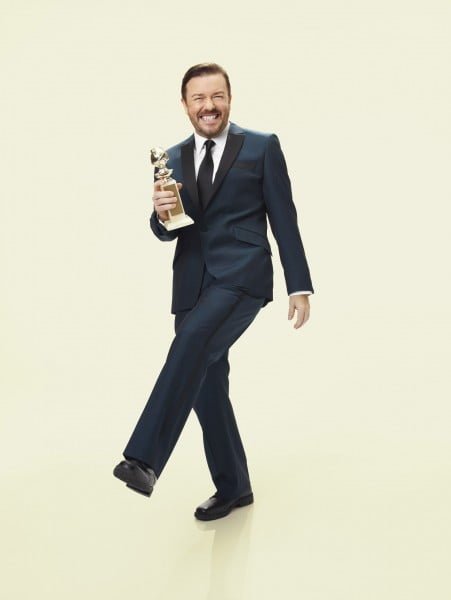