Xbox Live still the place to be 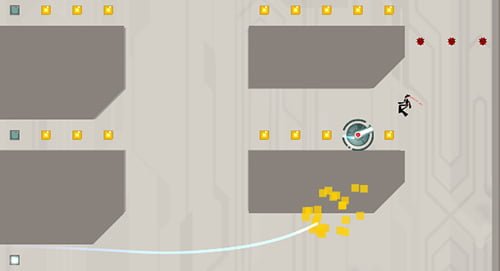 Last night I was at the Gladstone Hotel for some light snacks, a couple of drinks, and to check out new Xbox Live Arcade titles. I have to say, this far into the latest generation of consoles, there’s no one even close to competing with what Xbox is doing with online games and the Arcade. It’s not even remotely a contest.

There were a number of games to check out, including a couple that are already out. One of the big favourites was Boogie Bunnies, which stood out as one of the most popular and engrossing. Omega Five was also cool, although for those of us who are a bit more immature, there’s something very wrong about the male character’s canon.

But the big reason I was there was actually for a game called N+ that is coming out very, very soon. The game plays out like one of the classic games you would have once bought for your Comodore 64 – you control a little stick figure ninja who has to make his way across the screen without getting shot, blown up, or falling to your death. The game is a total blast, and fairly difficult, but the best part of playing is actually the death scenes. For instance, I hit a mine at one point, which sent body parts flying across the screen, setting off some other mines, and flinging body parts even further.

It’s a simple game that has a lot going for it, and I had a quick chat with developers Mare Sheppard and Raigan Burns from Matenet Software who were on hand to chat about the game, and explain how it was made.

The game apparently kicked off in February of last year, and they’ve been just wrapping up all the pieces over the last few months. (I saw a version of it at last Fall’s Xbox preview event, X’07.) Everything is falling in place now for a release any day now, and they’re planning to do a post-mortem at this year’s Game Developers Conference in San Francisco.

It’s also worth noting that Telefilms Canada provided funding for the game.

They also revealed to me that the ninja in the game is based on a real-life ninja friend of theirs (whose name and gender will remain unknown). “This is a way for us to tell his story,” Mare quipped.

The game also came together thanks to “Hours and hours of motion capture”, with a little help from their friends who were apparently blown up and tossed around a room for quite some time.

You can check out more on N+ at thewayoftheninja.org or at Matenet Software’s official blog. 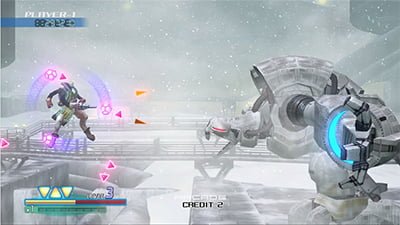 I have to completely disagree. With titles like Warhawk, Everyday Shooter, and classics like Wild ARMs available on PSN, I will gladly pass on XBOX Live. The current Live outages and issues, terrible customer service, nickel & diming customers for things that are free on PSN, and the yearly fee do nothing to persuade me from the reliable and free Playstation Network. PSN is just now coming out of its “Rookie Year” with a bright future ahead of it in the form of HOME and the extensive back catalog of amazing PSONE titles ready for release via the network . I will say that, for the time being, Live does offer a better feature set when it comes to things like Matchmaking, Messaging, In-Game access, etc as it should since Live has been around for 5 years ever since it was released in 2002. However, Sony is set to release HOME later this year which will include comparable features plus offer many things not found on Live all the while maintaining it a free service. And lets not forget that the architecture of PSN (which is drastically different from Live) and its use of dedicated servers produces a lag-free experience even with the slowest of internet speeds.

PSN has a few interesting games now, but we’re literally talking about a couple of them. I don’t know how many games are on Xbox Live now, but I could count a dozen great titles released in the last few months. As for Home – I’ll be curious to see when they actually release it. Looks good, but it should have been released already and it doesn’t cement the PS3 as a must-have system.

As for Xbox Live trouble – I think it’s been blown out of proportion. I’m also happy to pay for a service like Xbox Live that’s clearly worth it and providing solid features. I’ll admit though, there needs to be some free Arcade titles.