The best eight tracks and albums

A couple of weeks ago Aisha and I were at her grandmother’s apartment and we decided to have a look through her collection of eight track tapes and records from the 70s. We’re talking, the best of the decade here, at least from the perspective of a Lithuanian immigrant, and I had to share a few for your amusement. 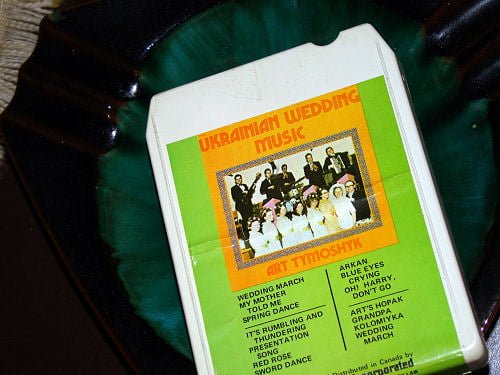 Now, just take a look at this first gem that we found. This was the one that got us looking further into her collection, and it really says party, don’t you think? I mean, there was obviously a market for people who wanted to rush out and buy albums filled with wedding music. And not just any wedding music – Ukrainian wedding music. Imagine sitting at home, having a drink of scotch and rocking out to “Sword Dance.” You also have to love an album that begins, and ends, with the “Wedding March.” 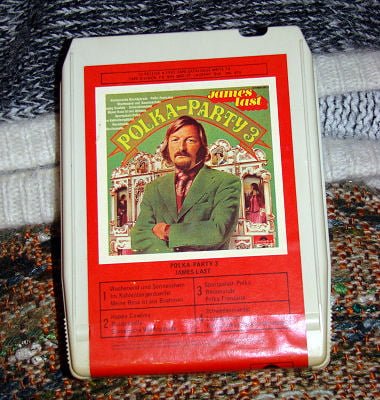 Next, check out this rocking guy on the cover of, what else? Polka Party 3. That’s right, put down the Ukrainian Wedding Music and get ready to bust a move to the latest polka tunes. Best part of the whole thing for me is that the first two were such big hits, they had to make a third. The only sad part? This guy’s whole suit thing is back in style. 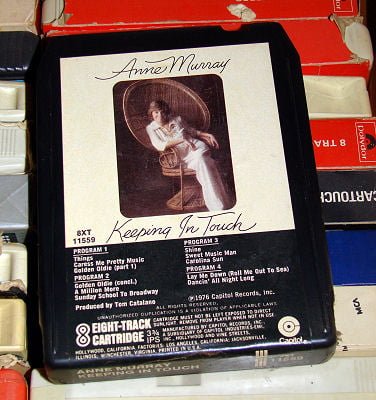 There is just something inherently funny for me in an eight track featuring Anne Murray. Look at the way she’s just lounging out there in that wicker chair, in a white kinda lounge outfit that says, let’s get busy tonight. That’s summed up with the second song – “Caress Me Pretty Music.” Yep, you can’t even make up stuff like this. If only today’s singers were as sexy as Anne Murray. 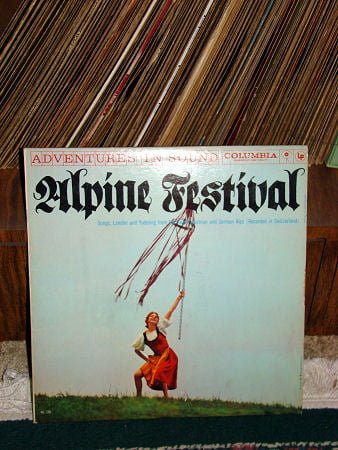 Speaking of sexy, check out this comely vixen, standing on top of a hillside, provocatively wielding her banner for Alpine Festival. This certainly looks like an ‘Adventure In Sound’ to me, although it’s also vaguely reminiscent of 70s porn by the looks of it. I wonder if anyone was shopping for records, looked at this girl on the cover and thought, “Wow, I need me some of that.” Mind you, I’ve got one better for you – there’s probably just as many people who bought this album so they could experience the Alpine Festival in their own home. Now that’s a party. 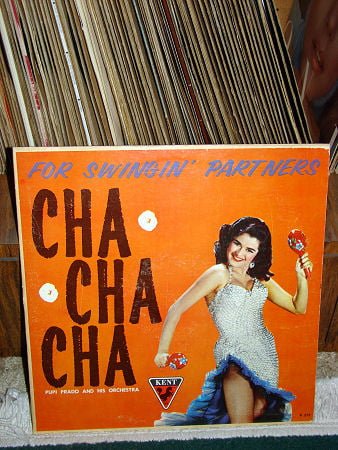 Last, and certainly not least on the party meter, grab your swingin’ partners and Cha Cha Cha with this lady and her maracas. I think the only thing missing from this shot is a sleazy man with lots of chest hair dancing behind her. That pretty much sums up my image of ‘Swingin’ Partners’ from the 70s. Just imagine someone putting this album together, taking a big drag on their Cuban cigar and saying, “Alright, now we just need a title… how does ‘Cha Cha Cha’ sound?”

“Not bad, but can you put ‘For Swingin’ Partners’ above that?”