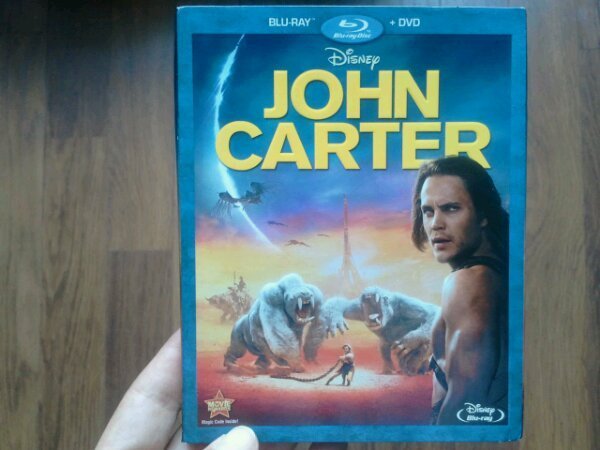 Just got my copy of John Carter on Blu-ray and can’t wait to review it.

While some critics were less than impressed, I was a big fan and I would bet the film will do well on Blu-ray.

The film is worth checking out for sure when it’s released. Also worth saying that I was impressed when I interviewed Canadian star Taylor Kitsch. He is a very interesting guy, and said a lot about director Andrew Stanton’s passion for the project.