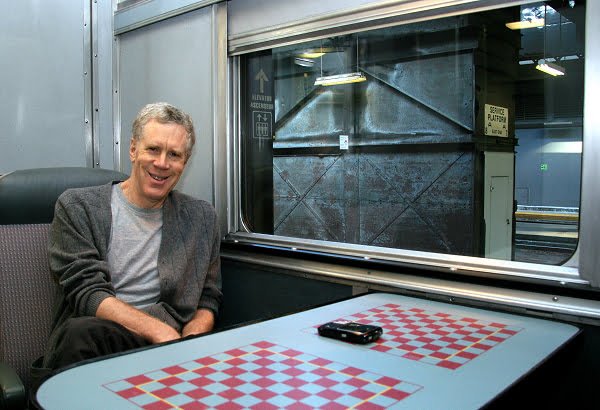 On Saturday I had a few minutes to chat with Stuart McLean before he set out on VIA Rail for a journey from Toronto, to Vancouver, and back again for a special show he’s doing on the train. Stuart is the amazing host of the Vinyl Cafe on CBC Radio, and I’m a huge fan, so when the opportunity presented itself, I had to see about an interview.

If you haven’t heard Stuart’s show, there’s definitely a reason he has so many fans across the country. He plays unique Canadian music, or has musicians up on stage if he’s recording the show on-location, and he tours constantly, with shows in small and large towns in Canada and even the United States.

Stuart’s whole show is great, but the highlight is definitely when he reads his latest story about the made-up couple, Dave and Morley, and all the trouble they seem to get themselves into. They’re funny, unique, and touching tales about everyday life, but they’re extra-ordinary in every way.

Enough gushing though. I’ll have the interview online later this week, and if you want to check out Stuart’s weekly podcast head over to the CBC website.