‘GTA IV’: Carnage in the sandbox 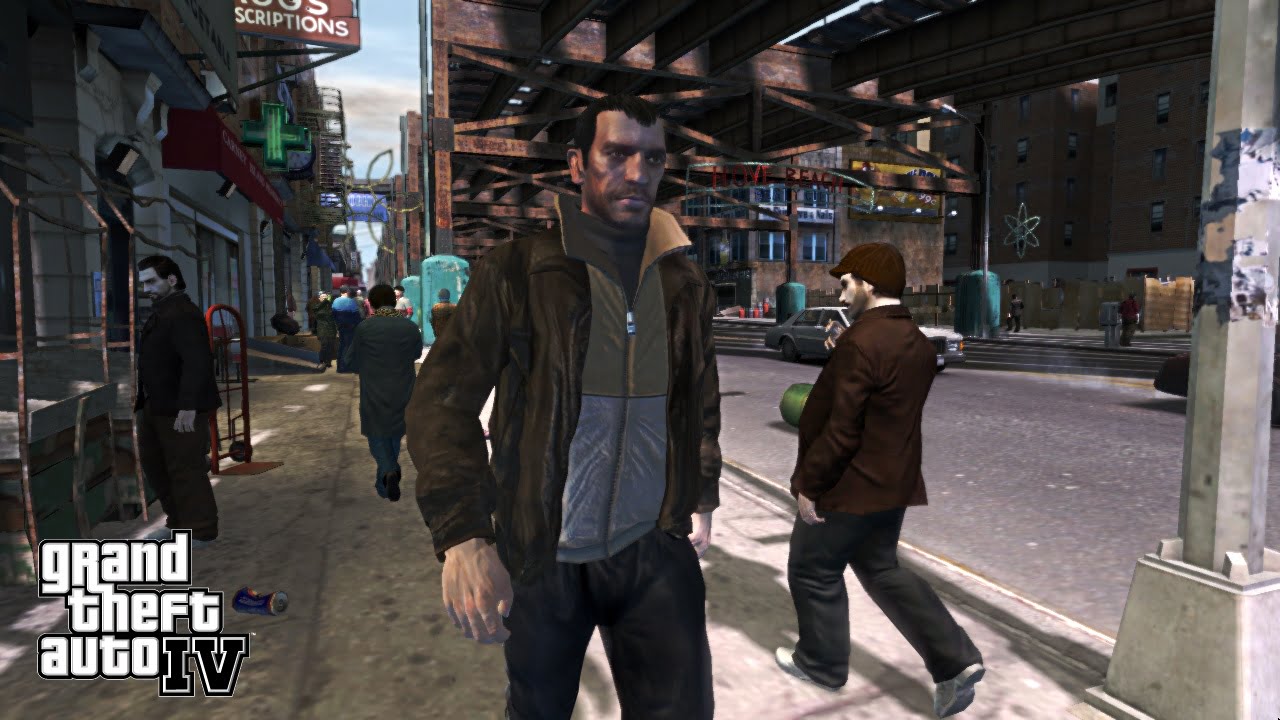 For the last two weeks, I’ve been playing Grand Theft Auto IV, and as my first GTA title, I was a bit surprised; it was not nearly as dark as I expected. Based on all of the things I’ve read, and things I’ve seen, I thought the game’s anti-hero (Niko Bellic) would step off the boat and start blowing people away on the street.

Which is exactly what I think a lot of people who haven’t played it also believe about the series.

GTA IV is certainly a violent game–it’s a mature title after all–with missions to kill drug dealers and take out anyone who has gotten in someone else’s way, but it’s also one of the most challenging, innovative games I’ve played in a long time. There are also lots of choices to be made, and the amount of violence is certainly up to the gamer.

As Niko, you’ll make your way around this massive city, made up of three major islands, with the opportunity to interact with a range of people who will give you jobs, missions, or as the case may be, go out on a date with you. As you progress, the range of options you’re presented with expands to the point where you might have a handfull of missions to choose from, while friends are calling you for a drink, and the police are chasing you because of some random crime you just committed.

The storyline and script are dramatic, sometimes funny, and better written than most of the films I’ve seen this year.

But who can ignore the controversy over what you can do in the game? For instance, much has been made of the fact that you can walk up to pedestrians and beat them up at random. Or, worse still, as in previous titles, you can pay for a prostitute’s services, and then beat her up and take any money she has on her.

However, in a sandbox title, where you’re supposed to be able to do anything, the point is that you can choose to do these things, you’re not forced into them. Plus, how many games give you the option of choosing good or evil? Fable lets you choose sides, and in that game you can kill guards, or regular citizens. Is it potentially worse that GTA IV is set in modern times? Or is it the breadth of the violence that worries people? I have a hard time with that reasoning since sandbox titles are everywhere now, and offer a semblance of choices between doing good or evil.

Is it worse, perhaps, because the people in this game sometimes cower, or that you can run them over in a car, rather than just fighting them?

You’ll have to make your own judgment call, but the point to remember is that GTA IV is rated Mature. In other words, if your kids got their hands on the game, it’s either because your local laws aren’t strict enough to keep underage kids from buying it in stores, or someone ignored the rating and bought it for them anyway.