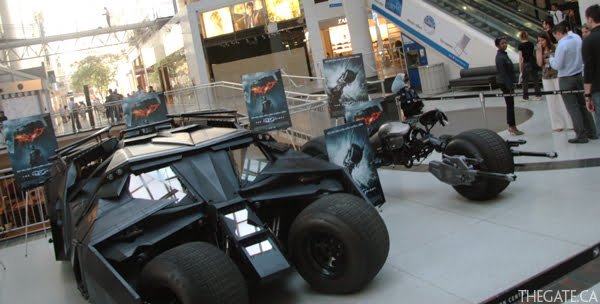 The Tumbler and Bat-Pod at the Toronto Eaton Centre

Last week Warner Bros. gave Torontonians a nice peek at Batman’s wheels from The Dark Knight, with both the Tumbler and Bat-Pod making an appearance at the Eaton Centre, and while the Bat-Pod is pretty funky, I have to say it is really nothing next to the Tumbler. That thing is a monster of a machine.

After attending the press screening on Monday, and witnessing the first appearance of the Bat-Pod, I also have to give the filmmakers credit for being quite clever. I won’t give it away, but it’ll take you a minute to realize what’s happening when it first appears.

And on that note, you’ll have to wait until Thursday for my full review of The Dark Knight. After all the early buzz so far from critics, I think it’s safe to let this slip though: it’s a fantastic film.

What ever you think about the Heath Ledger Oscar debate for his last, searing performance as The Joker, you will certainly never forget him after this film either. 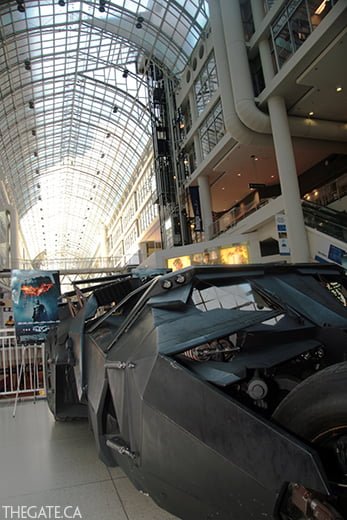 The Tumbler at the Toronto Eaton Centre