Another year, and another missed San Diego Comic-Con. That place is where dreams come true, big screen legends walk amongst the freakish and the geekish, and surprises are apparently around every corner. 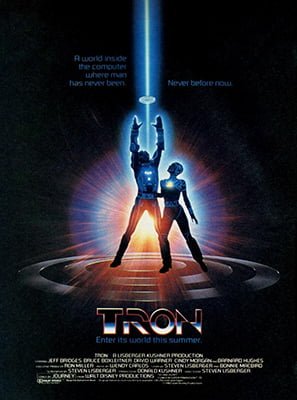 The biggest news I’ve heard so far this year is that Walt Disney has already been developing a Tron sequel. Dubbed Tr2n (come on, it’s pretty damn clever – way better than “Tron 2”), the assembled fans got a peek at a trailer that shows Jeff Bridges back for more.

The trailer is a bit hard to find, but essentially it shows a new era of light cycle racing with the trailer ending revealing Bridges, both his normal and digital selves, acting a bit evil. The MTV Movies Blog goes into more detail, but I’m already hooked. As long as Disney is taking this seriously, I have a good feeling they’ll do it right – look no further than Pirates of the Caribbean for proof of that.

Next up I was awed by the equally hard to find trailer for Wolverine. If you search Google you’ll find a couple of camcorder videos of the trailer, which aren’t very good, but should tide you over for now. The story seems like a fantastic followup to what we’ve seen so far in the X-Men films, even the crappy third one, and I’m shocked at how good a Sabretooth Liev Schreiber makes. Also watch for Ryan Reynolds as Deadpool, and frankly my favorite part, Taylor Kitsch as Gambit. Watch an interview with star Hugh Jackman and comic creator Stan Lee over at Yahoo!

And lastly, my sinfully favorite television series Smallville held quite a crowd at Comic-Con as they talked about plans for the next season. The Zap2It blog talks about all of the revelations, but the stand-out comment for me was that they’re pursuing the Doomsday storyline. Actor Sam Witwer is going to play the dual personality of Davis Bloom/Doomsday, even as the storyline for Justice League builds, and Clark will also start thinking about a dual identity.

I’m crazy for Smallville, but I will say that the partial departure of Michael Rosenbaum, AKA Lex Luthor, is going to mess up the show for me. I also can’t quite imagine what the show will be like without John Glover.

The best tidbit I read though was the perhaps unlikely, overly hopeful idea that Smallville could cross over with Heroes or even Mad Men. My vote would be to go with Heroes, but somehow I can’t imagine them wanting to handle Smallville‘s already preset, alien-focused mythology. The shows don’t really share that much in common, aside from the super-powers concept, but it would be interesting to see how they worked out their differences.