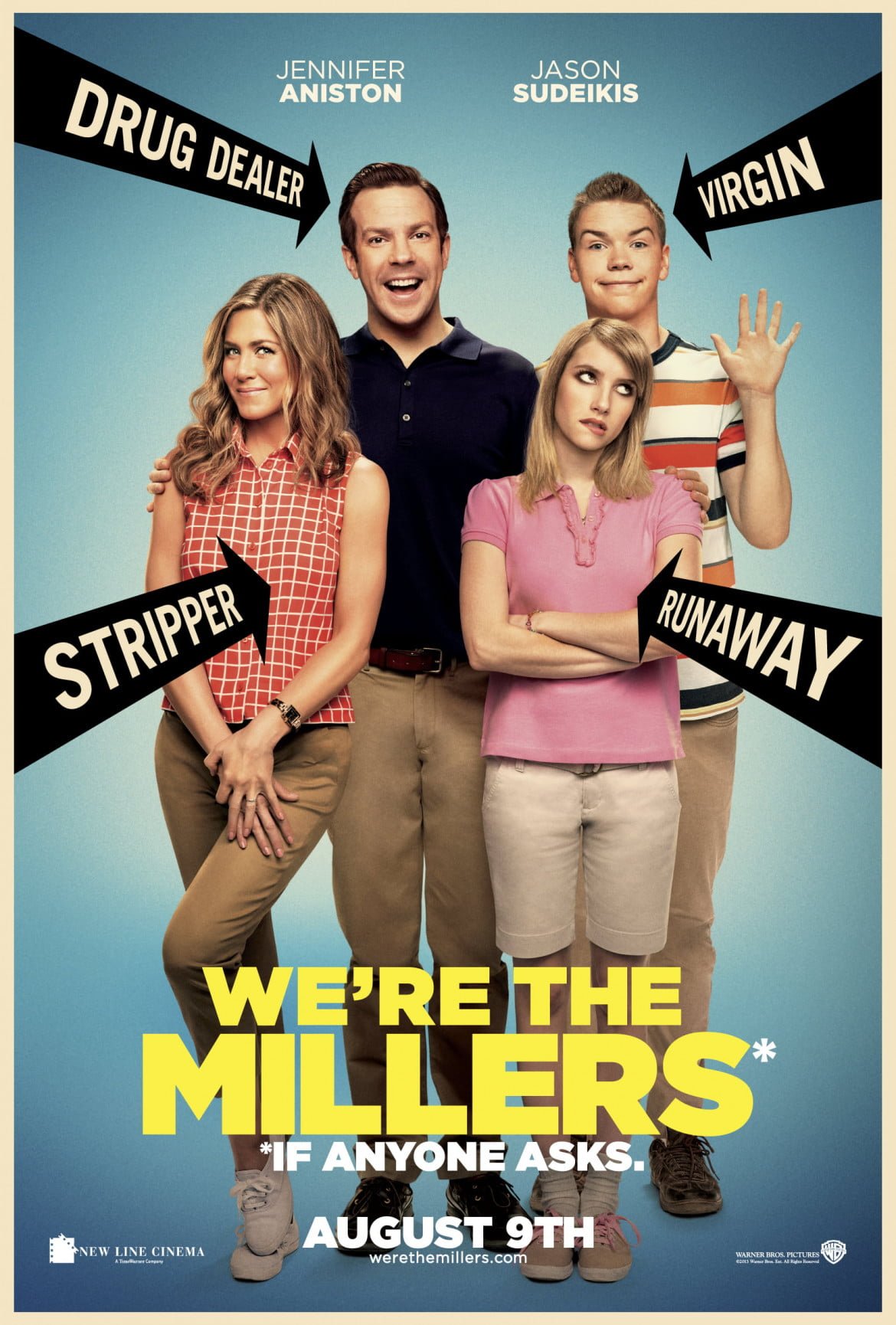 Okay, I am more than a little amused by the concept behind We’re the Millers, and it’s not just because Jennifer Aniston plays a stripper in the film. It’s also because Jason Sudeikis is hilarious.

Sudeikis plays a low-level pot dealer who has to drive down to Mexico to pick up a major stash of drugs for his “employer”. Since he figures that he’ll be spotted for sure if he tries to smuggle the drugs on his own, he finds three willing accomplices to play his family, as they try to bring back the goods on the Fourth of July long weekend.

Jennifer Aniston co-stars as Rose, the stripper, Emma Roberts plays the street-smart Kasey, Will Poulter is Kenny, and the film was directed by Rawson Marshall Thurber, the guy who also made Dodgeball: A True Underdog Story.

We’re the Millers open in theaters on August 9. Watch the red band trailer below: