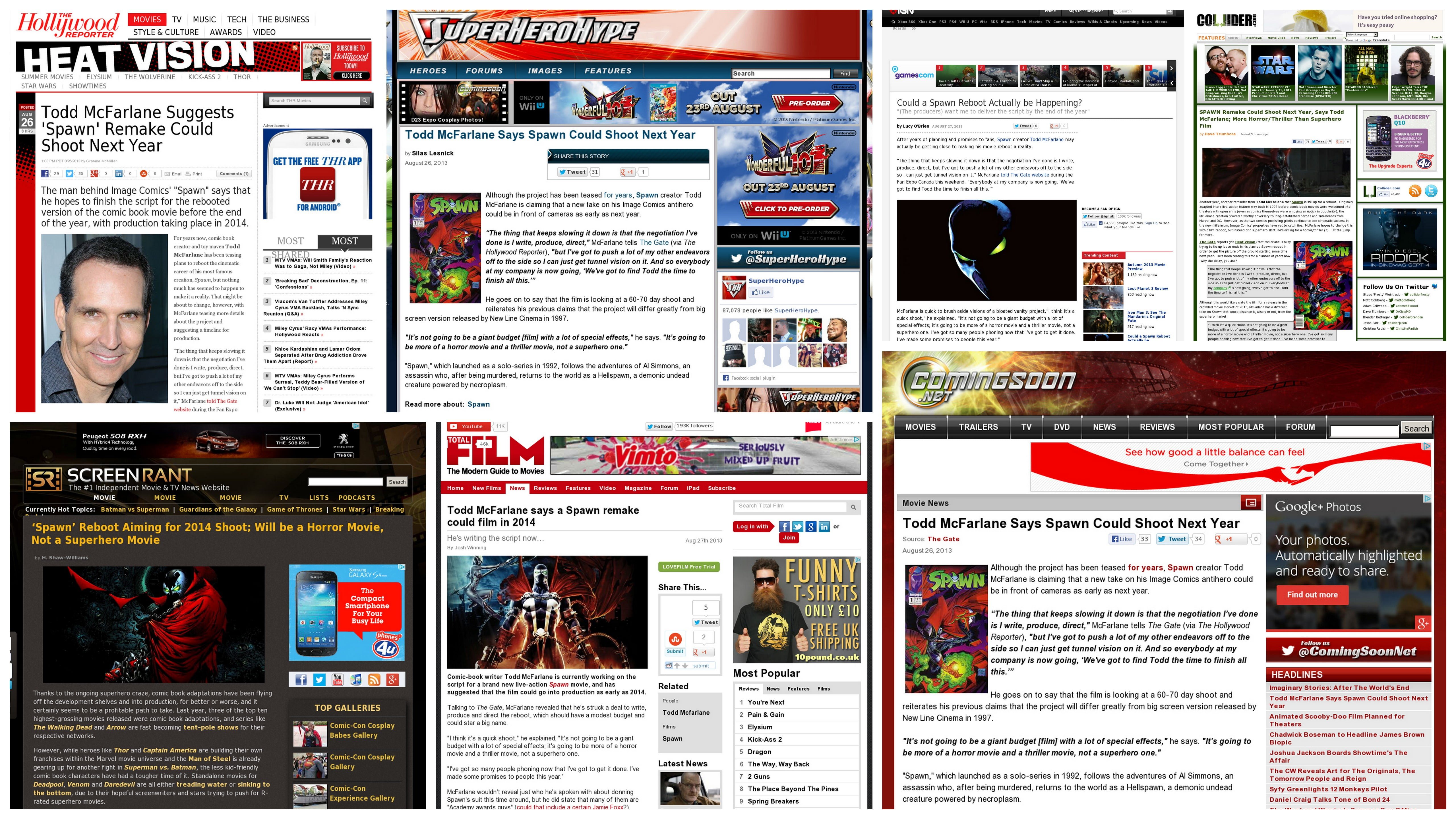 The last couple of days have been a little surreal thanks to the fact that I ended up breaking news after an interview at Fan Expo where Todd McFarlane chatted about the fact that he was still planning a Spawn movie reboot, and the script was due by the end of this year.

The video interview, and quotes from it, ended up getting shared and quoted across a lot of very big news sites, including The Hollywood Reporter, Coming Soon, Screen Rant, Collider, IGN, Total Film, and lots of others.

The news brought in a fair amount of traffic, but better yet, I think it just nicely spreads the word about The GATE. I don’t get a lot of opportunities to break news, but obviously it’s great being able to, and I can’t complain about the fact that it got The GATE (even if it will just be briefly) ranked in the top 10 for Technorati’s list of film sources.

If you’re wondering if I have some point to make, I guess I don’t. I just had to take the opportunity to brag since I’m still amazed how many places picked up on the story. Hopefully, if I’m really lucky, Todd will invite to the set once the film starts shooting… but I’m not going to bet on that of course.