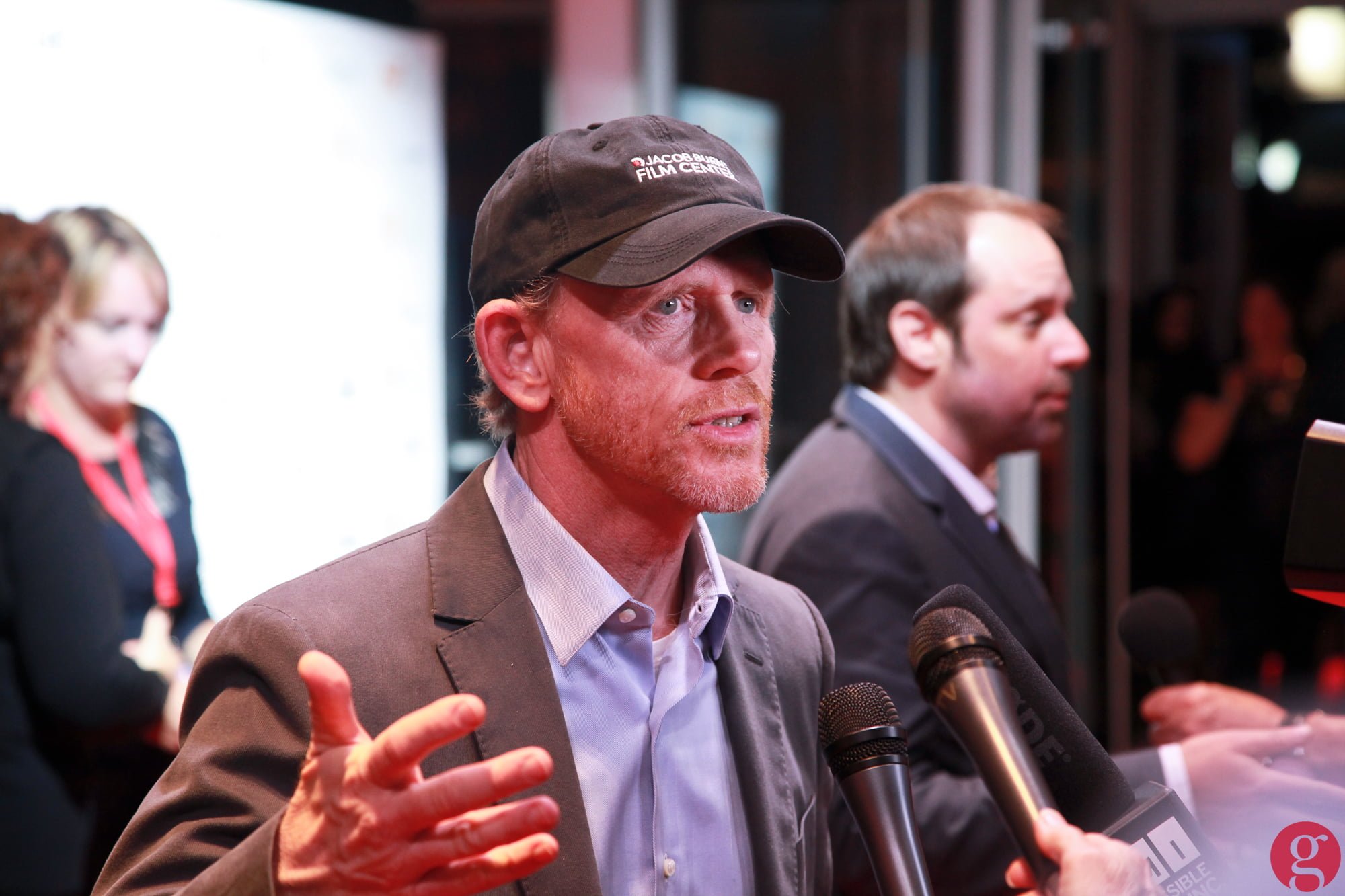 Some days, I never know what to expect from TIFF, and yesterday definitely falls under that category after what I can only call my biggest interview ever. Saturday was never going to be one of my biggest days, at least that I knew of–Monday still looks like my busiest day at the festival–but, some things do happen last minute, and that ended up getting me my big interview.

My plan had been to screen Horns in the morning, for an interview in the afternoon, but for various reasons that didn’t work out. I was lucky enough to interview Jesse Eisenberg and Richard Ayoade for The Double though, and that was an interesting chat, since the film is so unique, and I love that it’s based on the novella by Fyodor Dostoevsky.

My two big carpets for the day seemed very promising. At 5:00 I was on the red carpet for Jason Reitman’s Labor Day, but I can’t say I got very interesting interviews since the talent were rushed near the end, and some of the stars ended up skipping the last few journalists. On the other hand, I didn’t expect much from the red carpet for Ron Howard’s Made In America, since it seemed unlikely that such a major director would have time to speak with everyone on the carpet, but while his stars from Rush (who stopped by for the event) didn’t really stop to chat with press, Howard took time to chat with every journalist. The carpet was short, but that is still not very common, so my hat is off to him, especially since I adored his film Rush, and I can’t wait to see Made In America.

Otherwise, my last highlight for the day was getting a ticket for CBC’s Canada Party, which they held in their giant Studio 40 space, featuring drinks and food from Parts & Labour catering. There were actors from a lot of Canadian shows at the event, and the DJ was good, but my highlight was speaking to George Stroumboulopoulos. I’ve been following his career since he was on CFNY and MuchMusic’s The NewMusic, and I think he’s a fantastic interviewer. He got whisked away pretty quickly, since everyone knows him of course, but I did get a few moments to chat with him about Ron Howard, since he was about to go interview the director one-on-one for Made In America.

TIFF is very planned out, and there are lots of things you schedule well in advance, but today was one of those excellent days where most of the best things that happened were last-minute, and I kind of love that spontaneity.

Tomorrow, I’m taking a vacation day to spend time with my family, since I’ve barely seen them in days, so I am sadly missing my favourite event–the CFC BBQ–but stay tuned for details from Monday, my biggest day at TIFF. I’ve got interviews that day for Burt’s Buzz and Beneath The Harvest Sky, plus I’m going to an Xbox One TIFF preview party (I can not wait for this machine to come out), the Grolsch Film Works Discovery Award event, a screening for Russell Peters’ latest special on Netflix, Notorious, and the eOne Party red carpet. It’s easily my longest day at TIFF, so I’m just hoping everything works out well. Wish me luck!