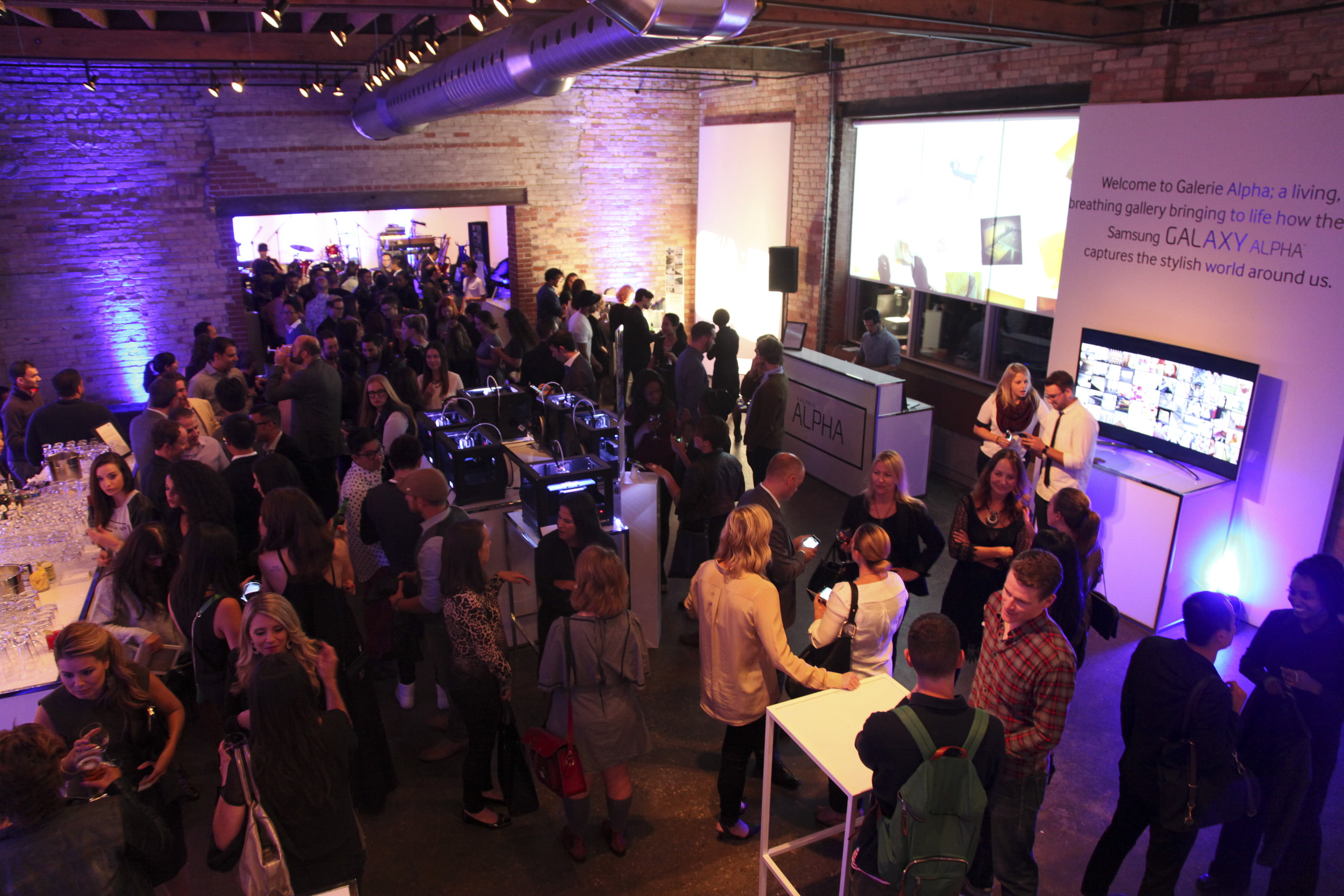 Last night I got a glimpse of Samsung’s latest phone as the company celebrated the launch of the Samsung Galaxy Alpha with a party in Toronto at the Neubacher Shor Contemporary art gallery which featured photography, drinks, and a concert.

Those of us lucky enough to get an invite could “remix” photos from the phone–shots that had been taken by a mix of top Instagramers–which we could get framed, plus there were custom printed bags and photos, and Makerbot created art.

The party itself was an interesting mix of spaces to show off aspects of the new phone–from the speed of the autofocus to the vivid screen display–but while there was a lot going on, it was the concert that made the night.

Surprise guests Alvvays opened the show with their stylish pop music, followed by Austra, and Malaysian singer Yuna.
Check out some of my photos from the event below, plus a couple of highlights from Twitter and Instagram.