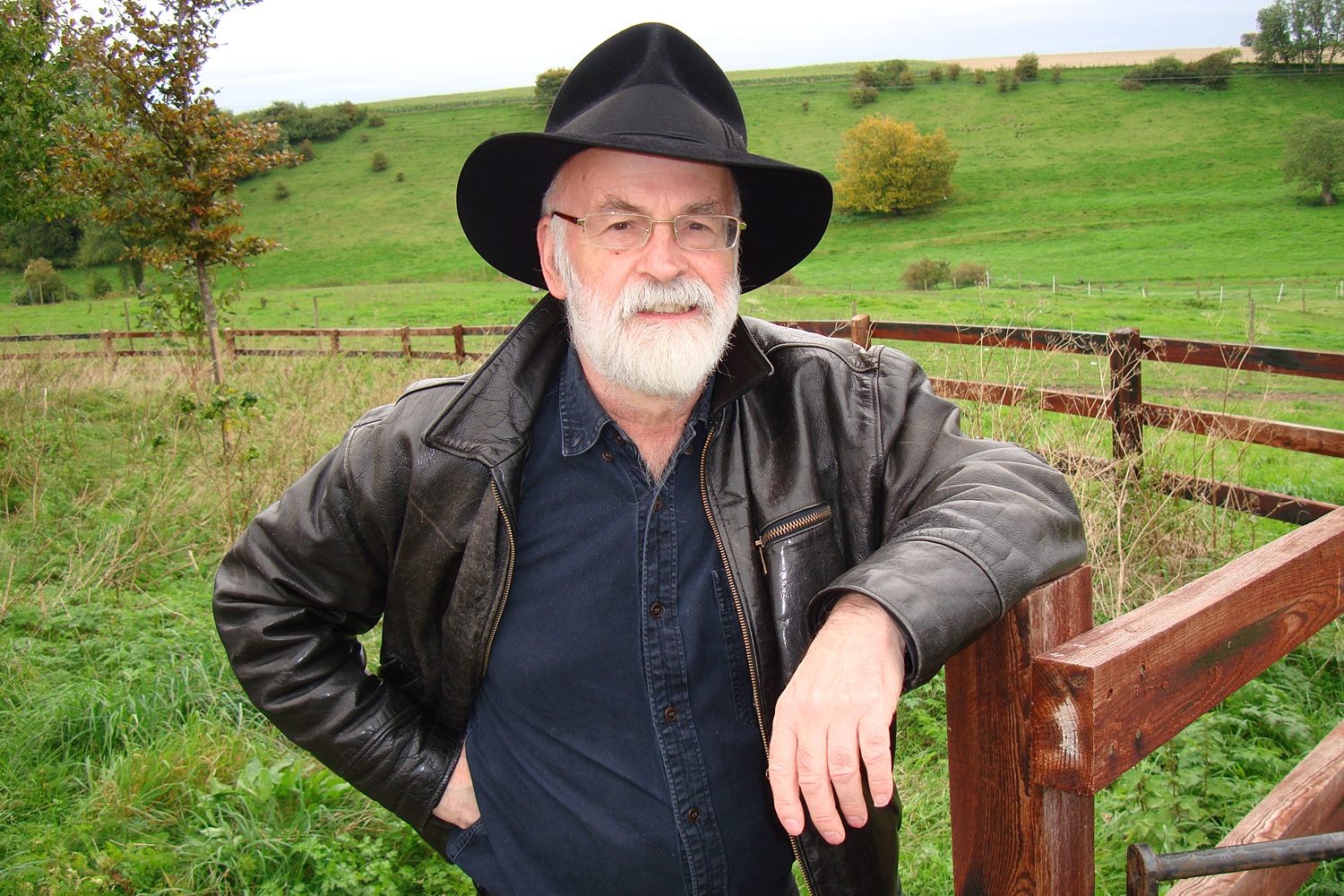 Just a little while ago I learned that Sir Terry Pratchett had passed away, and while I knew it was coming, because of his battle with Alzheimer’s disease, that didn’t change how hard it has been to accept. It’s safe to say that I am not alone in remembering the great author for creating a world that felt real and rich, and beautiful with his Discworld series. He was just 66 years young.

There are very few icons who I admire, respect, and look up to, but Terry Pratchett was one of my personal favorites on a very short list. While I never got to know the man, his books spoke for him, and it was that world he created, and those characters, who made me love him for the magic he was able to create in that distinct world, which seemed to seep over into our little universe. He made wizards (and at least one “wizzard”), witches, and one very large turtle, the stuff of legends with an effortless style that felt very personal, while saying so much about our own reality with true depth, courage, and power.

The Discworld novels were imaginative, sly, wryly funny, and most of all, warm with life and love. The characters were living, breathing souls who seemed all the more lovable for their mischief and strange adventures, and it was easy to immerse yourself in their world, where anything might happen. He even made Death a character who helped bring some meaning to the life of the Discworld–a character who helped bid the author adieu earlier today on Twitter.

In all, Pratchett wrote more than 70 books (with the last Discworld novel, The Shepherd’s Crown, coming some time this year, apparently), which is a remarkable amount of work.

It’s hard even knowing how to say goodbye when I’m actually surrounded by so much of what he created. To my left is a Discworld calendar, while most of his novels sit to my right on the top-shelf of my bookcase, and out in the living room I’ve got a framed print of Great A’Tuin.

His work always touched me, and from the moment I started reading The Colour of Magic, his first Discworld novel, I knew I was hooked.

I’ve even saved some of his work to read when I’m finally ready to say goodbye, although by then, I think I could safely start re-reading his books again from the start.

Perhaps the only way I can truly help say goodbye is to quote one of my other favorite authors. Neil Gaiman has already expressed his great sadness on losing his friend and conspirator today, but it was an earlier article that I think said it best.

“He will rage, as he leaves, against so many things: stupidity, injustice, human foolishness and shortsightedness, not just the dying of the light. And, hand in hand with the anger, like an angel and a demon walking into the sunset, there is love: for human beings, in all our fallibility; for treasured objects; for stories; and ultimately and in all things, love for human dignity.”

“As Terry walks into the darkness much too soon, I find myself raging too: at the injustice that deprives us of – what? Another 20 or 30 books? Another shelf-full of ideas and glorious phrases and old friends and new… It saddens me, but I, who have seen some of them being built close-up, understand that any Terry Pratchett book is a small miracle, and we already have more than might be reasonable, and it does not behoove any of us to be greedy.”

For Gaiman, the answer to that feeling of loss is to write, and perhaps that’s what I’ll finally do as well. For now, it’s enough though to say thank-you, good sir, for all of the stories, dreams, and wonderful characters, and farewell.

AT LAST, SIR TERRY, WE MUST WALK TOGETHER.

Terry took Death’s arm and followed him through the doors and on to the black desert under the endless night. 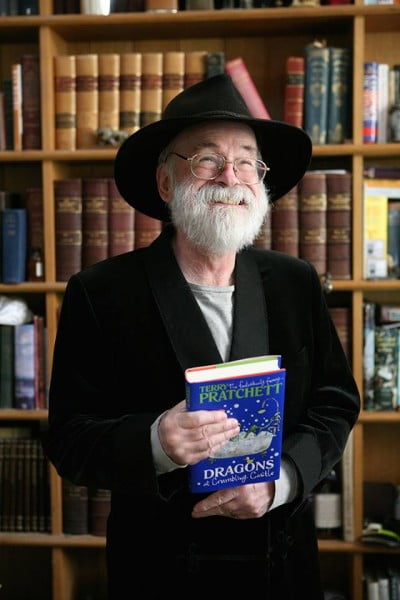