Sitting backstage in the media room at the Juno Awards Gala Dinner, which is at the Hamilton Convention Centre tonight, the press are waiting for the winners to be announced so we can get a few moments of their time. The night is a slow burn, but it’s a rare opportunity to catch up with arange of artists from a lot of different musical genres.

Tonight may not be televised for the country to see, but it’s still a big night for the winners, and Canada’s music industry also gets to be wined and dined while the awards are presented, which is not too bad either of course.

(The media thankfully had a decent meal, and an open bar, so that’s not too bad, mind you.)

The ever-popular Lights, who was all smiles, naturally, also came back to share her thoughts after she won for Pop Album of the Year.

You never know what topic will come up with each winner–after all, there are dozens of media in the room, and questions can be wide and varied–and that makes for some interesting moments, especially when the artists get caught off guard sometimes.

Since we’ve already seen the full list of winners for tonight’s Junos (we’re not allowed to share them yet though, of course), we also know who we’re waiting for, and we sadly knew that The Weeknd was not around to accept his Juno for R&B/Soul Recording of the Year.

Kiesza is around though, and has picked up Junos for Dance Recording of the Year, and Video of the Year, so we hope we’ll see her backstage too, but it’s possible she won’t come back for any number of reasons.

Aboriginal Album of the Year winner Tanya Tagaq was one of the artists who was not around tonight for the event, but she sent a note through to her Six Shooter Records publicist, who came backstage to share her thoughts with us.

There are not too many more artists coming back who I’ll be shooting videos of (except for July Talk, naturally), but we’ll see. Once we’re all done I’ll be headed to the eOne/Gibson All Star party, and then looking forward to a little more sleep before tomorrow’s huge Juno day, including the Juno Awards red carpet tomorrow afternoon.

Stay tuned for videos from the press room on The GATE’s YouTube channel, and I’ll be sharing more stories from the Junos tomorrow. 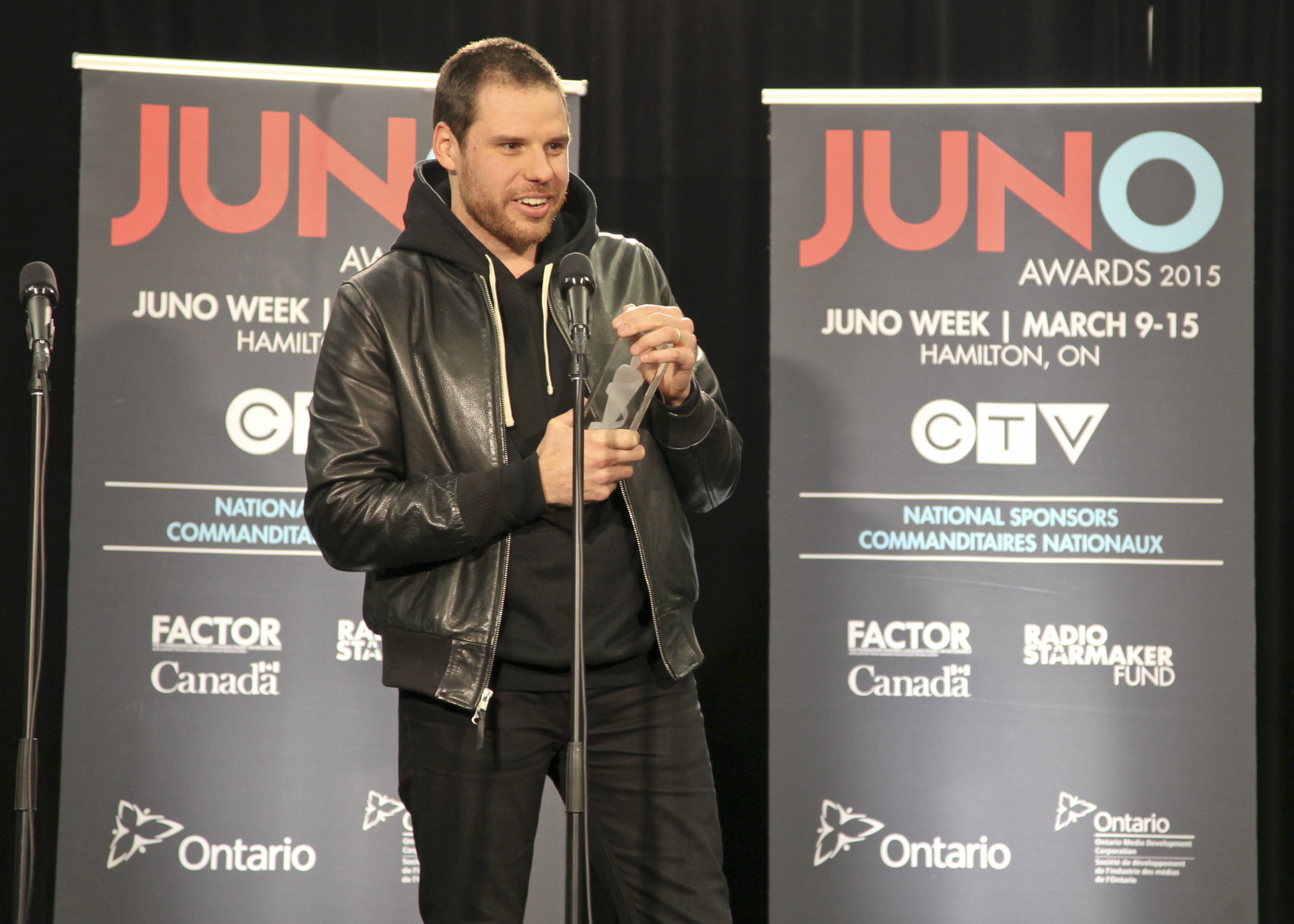 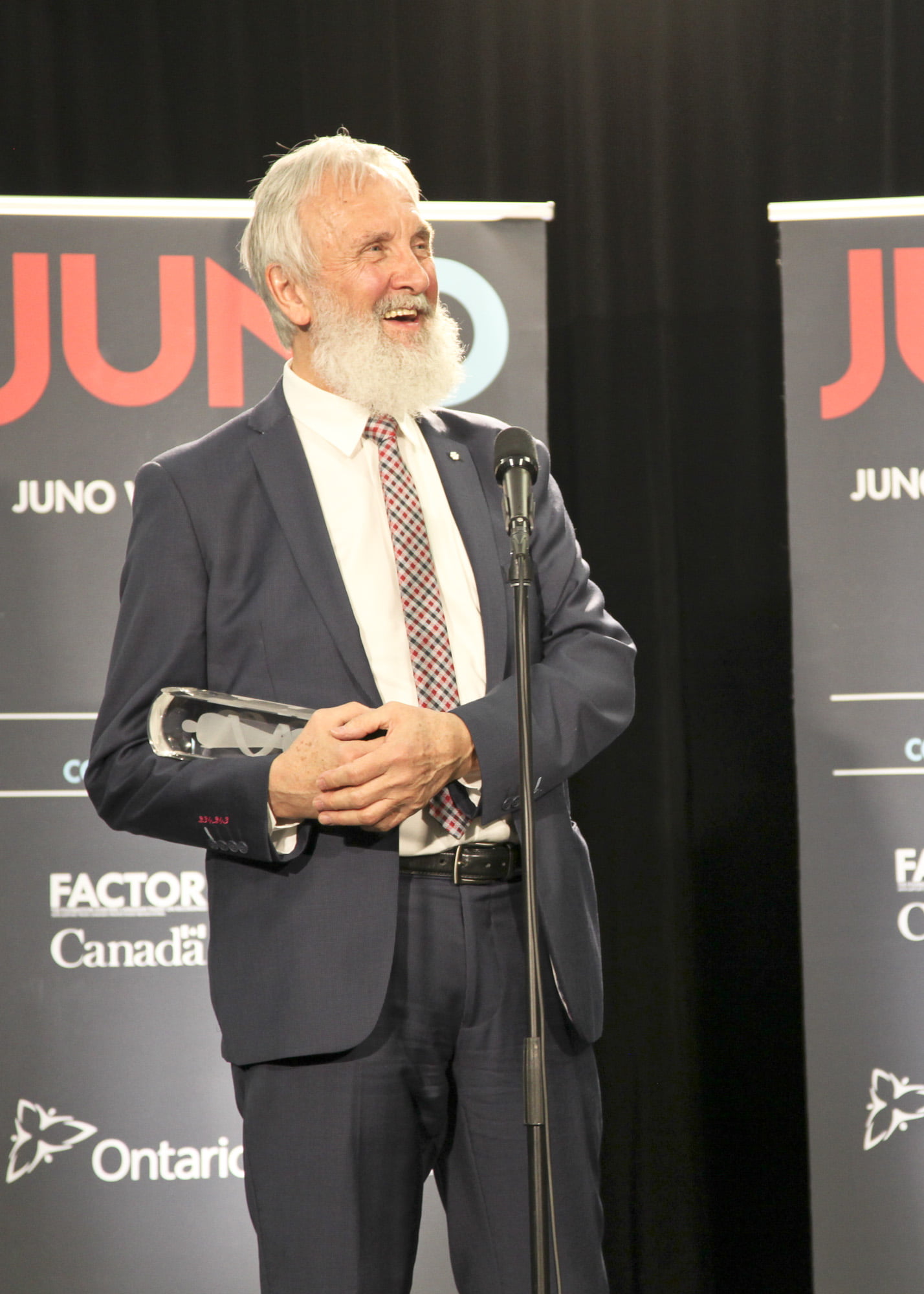 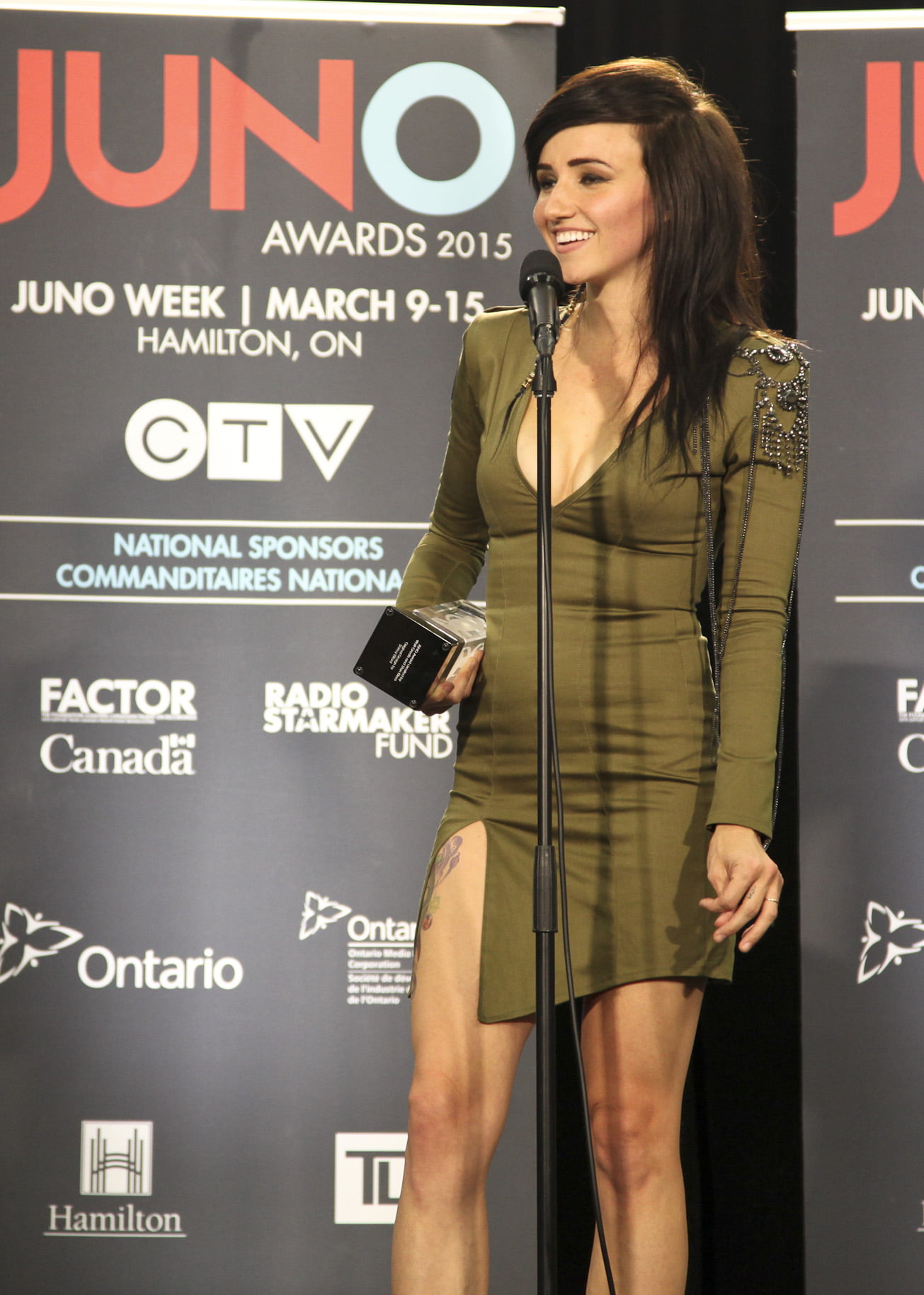 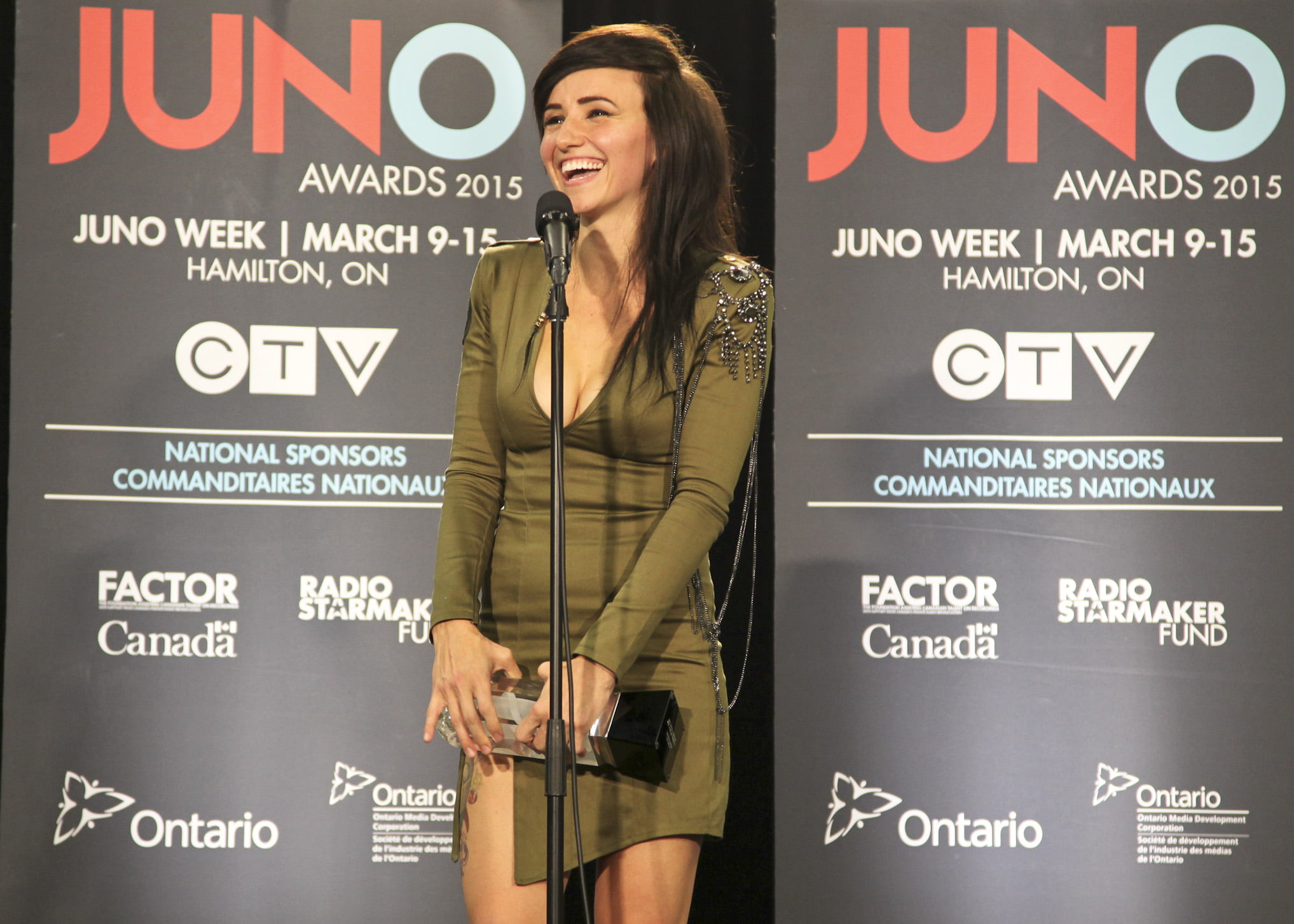 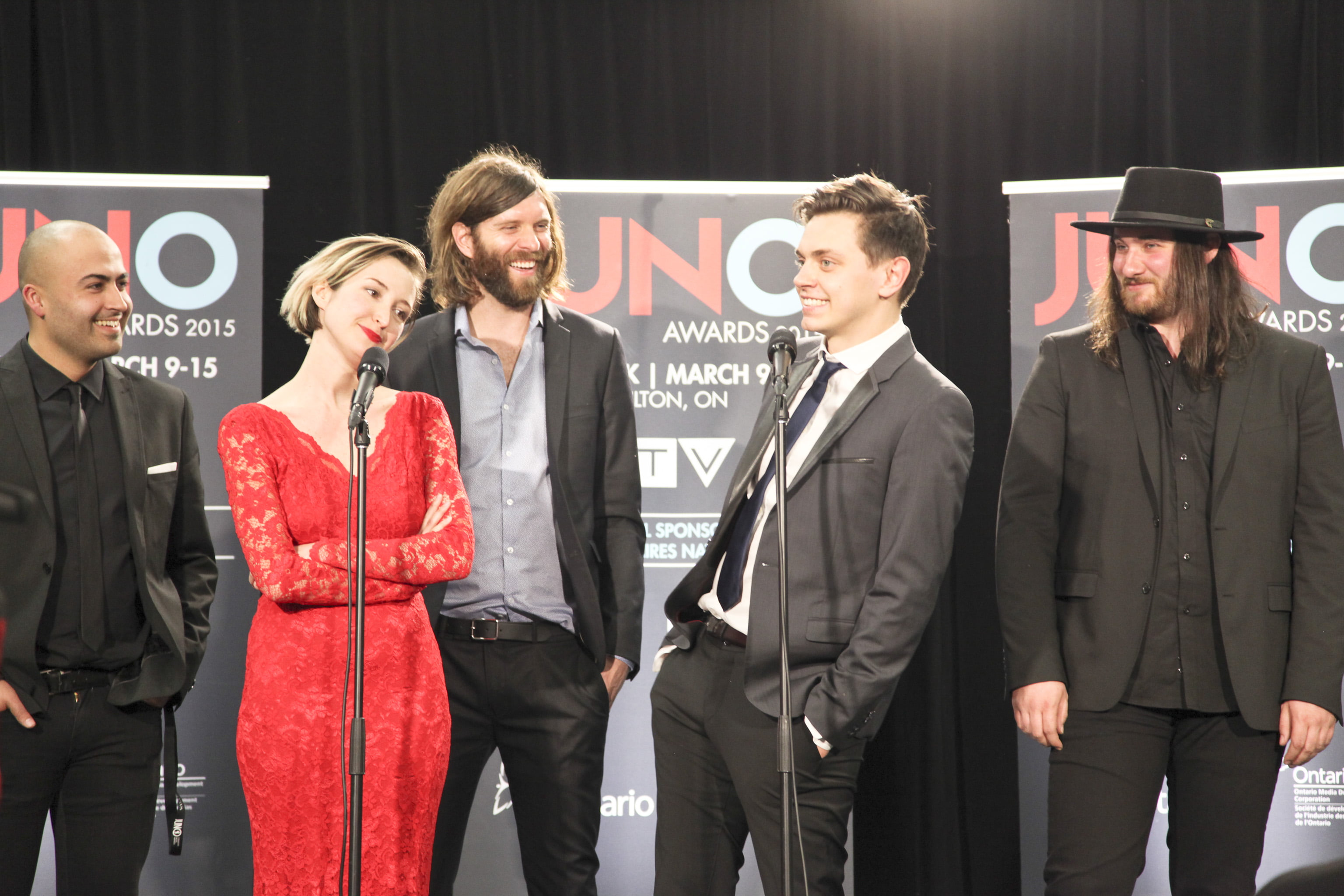 Watch a [shaky] video of Lights from backstage: