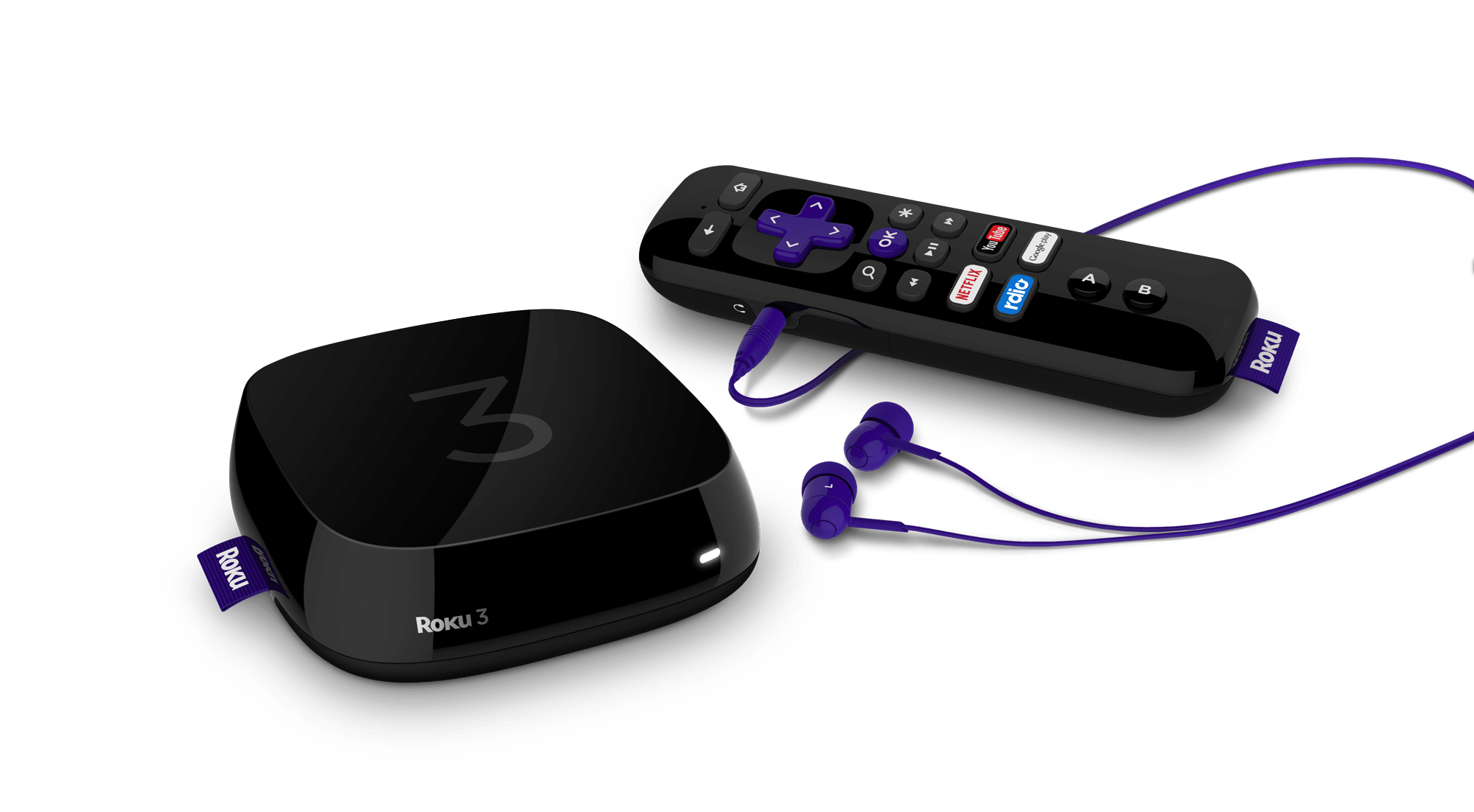 Roku has been working on some slick new additions to their hardware and user interface, and at the end of March I had a chance to sit down and see what was coming up next, including some timely updates for the Roku 2 and Roku 3 hardware.

All of the updates and new hardware will be available in Canada starting on April 13.

For the uninitiated, Roku is a streaming system that lets you connect services like Netflix and YouTube to your television, and the devices themselves are small, easy-to-use, and incredibly affordable–ranging from just $49 to $109. Roku also offers a huge galaxy of channels, apps, and games, which give you access to almost any shows, music, videos, or movies that you could hope to find.

The upgrades were officially announced yesterday, and the big news is that the Roku 3 now supports voice search using the remote, and all of the devices will now include new search functionality, and a feature called My Feed.

First off, the most interesting feature that I thought the Roku staff showed me was the voice search. Using the voice search was simple and easy–just say the name of what you want to find, from actors to films or television shows–and you can then pick through the results on the brand new search area within the Roku system. 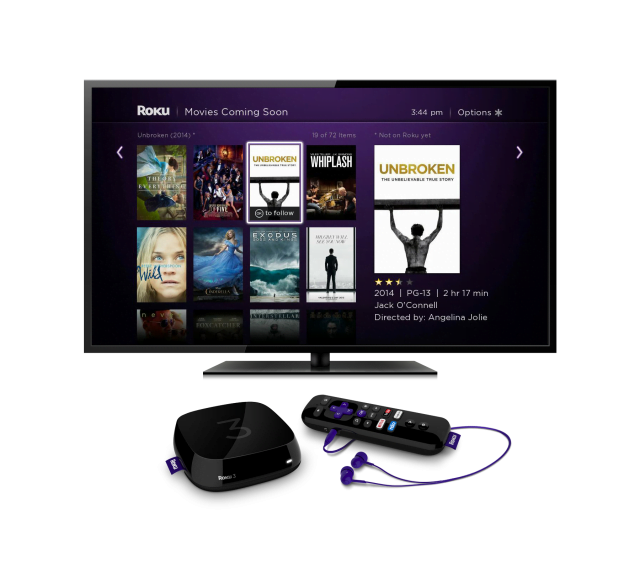 As before, the emphasis with Roku is on simplicity, and even with the new features, the company has made a big effort to offer the most features in the simplest format. You get more detail the further you go to the right on the screen, while going left takes you back to the broader scope–that’s especially important within search results, and narrowing down what you’re trying to find.

That brings up the second big upgrade, and that’s overall search. On all Roku devices, you will be able to search for movies, TV shows, actors and directors, with details on where each result is available and if there’s a fee to watch it. Search will also work across channels and apps, so you can now search Roku’s vast library of channels and games, rather than having to browse through the categories.

And then there’s the My Feed feature, which now lets you “watch” for upcoming releases, including upcoming films. If you’re looking forward to when Kingsman: The Secret Service or Cinderella (or maybe Pretend We’re Kissing?) are coming to Netflix or another digital service, you can now check the list of upcoming films and follow the ones you want. Once the film is available you’ll be notified what options there are to check it out.

All of these features are turning what is otherwise a glut and mess of content into something almost manageable. It’s getting harder and harder to find one place you can turn to to find specific shows and films, especially with the way content is served in Canada between different rights holders, and Roku is trying to address that problem while offering options for where you can find or rent what you want. 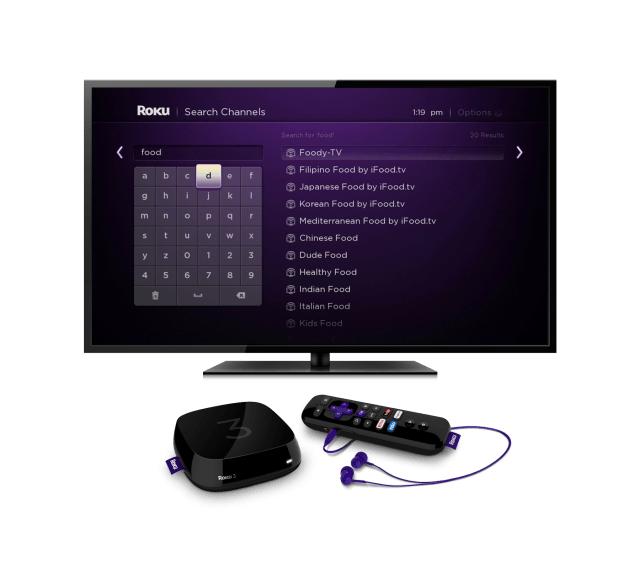 On the hardware side, the Roku 3 is still the top-of-the-line device, and the remote has been upgraded to add in the voice search, plus the remote also still includes a headphone jack, and motion-control for gaming. There are also dedicated buttons for getting into four of the top content streams with one simple click. The new Roku 3 will be available for $109.99 starting on April 13.

The Roku 2 has also been upgraded to be faster, and to offer better performance matching the Roku 3, but for $79.99 since it does not include the voice search feature, and does not have the headphone jack on the remote either.

Roku will also unveil an updated version of their apps on April 13, including the new search features. The app also gives you control of your Roku device for even more control over what you’re watching, while still keeping everything easy to use.

The best feature of all though? Roku has been working hard to bring down start times. If you’ve ever sat and waited for Netflix to launch on your Xbox One, you’ll know what I’m talking about, but the start time on the new Roku 3 is lightning fast. Perhaps it’s a minor thing, but trying to convince my 20-month-old daughter to be patient while Netflix loads is not a lot of fun, so I’m frankly a big fan of how fast it loads on the Roku.

Check back with The GATE in late April and I’ll have a review of the new Roku 3. 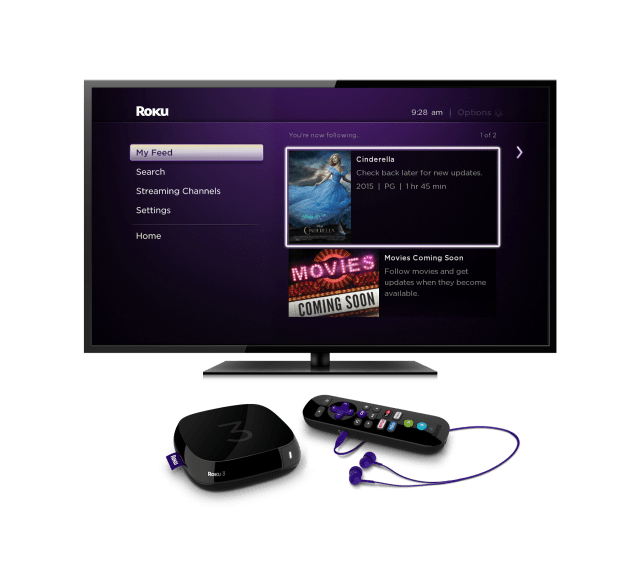 Roku 3 with My Feed