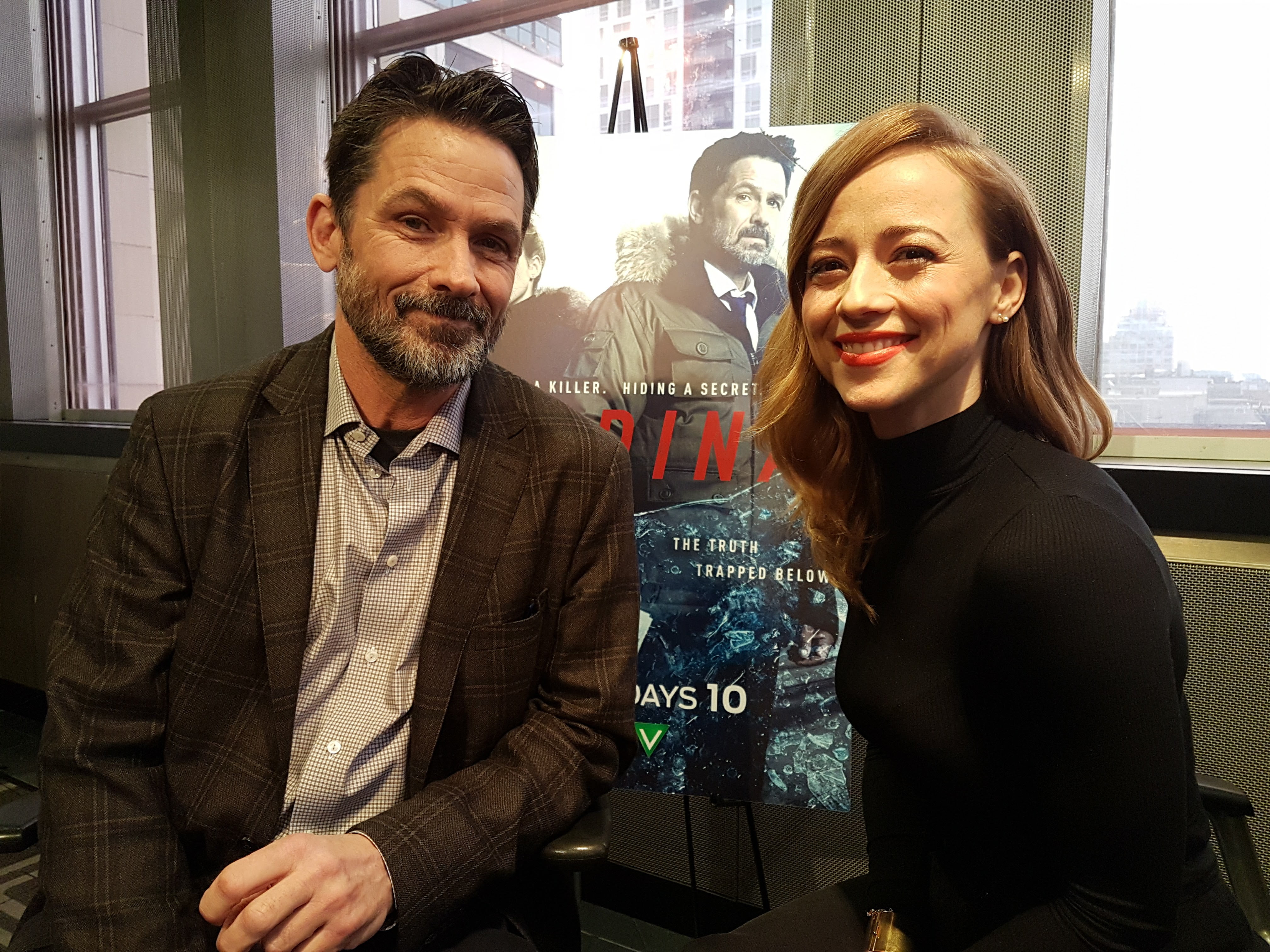 Canadian television has been very strong for well over a decade now, but the last couple of years have definitely been a peak, and 2017 starts with no less than four great new series: Pure on CBC, Mary Kills People and Ransom on Global, and Cardinal on CTV.

There’s a lot more going on this month, but television has definitely been a big part of January for me, and I’ve interviewed some incredible talent from all four shows.

The third episode of CBC’s Pure aired on Monday, in its usual timeslot at 9:00 PM (ET), and I had the chance recently to interview star Alex Paxton-Beesley about the intriguing, intense new series that is essentially like nothing we’ve seen on CBC before. It’s a mix of Canadiana and a drug-cartel thriller with Ryan Robbins starring as Noah Funky, a Mennonite pastor who is dragged into the illegal drug trade, as he hopes that he can bring down the operation.

Paxton-Beesley plays Funk’s strong wife, Anna, who has to find a way to help her husband while still protecting her family.

Mary Kills People debuts on Global tomorrow, Wednesday, at 9:00 PM (ET), and stars Caroline Dhavernas as a doctor who moonlights as an “angel of death”, if you will. She helps terminally ill people end their lives, but she operates outside the law, making her life challenging to say the least.

I sat down on-camera to speak with Caroline, and I also had a call with series co-star Lyriq Bent who plays Frank, a friend of one of Mary’s potential clients. It’s rich story territory, and the show also has a sense of humour, but it’s definitely a drama that will make you think.

Global also has Ransom, which returns tomorrow, Wednesday, January 25 at 8:00 PM (ET), a dramatic thriller about hostage negotiator Eric Beaumont, played by Luke Roberts and co-starring Nazneen Contractor as one of his work partners, Zara Hallam, and I chatted with both of them this month.

Ransom is based on the work of real-life hostage negotiator Laurent Combalbert, which lends the series a serious tone, and it’s an interesting take on the life of a man wrapped up in solving life-and-death problems. There is also the interesting angle that not all the villains end up being locked up at the end of the day, which is refreshing considering how many cut-and-dry procedurals there are out there–Ransom offers some welcome shades of grey.

Then there is CTV’s Cardinal. Based on Giles Blunt’s Forty Words for Sorrow novel, and debuting Wednesday, January 25 at 10:00 PM (ET), the series is frankly one of the best shows that has ever been made in Canada. Cardinal is a grim, powerful thriller that is mesmerizing, dark, and beautiful.

Billy Campbell stars as John Cardinal, a detective who is hunting for a serial killer in a small, Northern Ontario town, but he seems to be searching for something himself. He’s paired up with rookie detective Lisa Delorme, played by Karine Vanasse, who is practically Cardinal’s opposite, but the two find a kind of balance as they work through the intense case. Campbell is simply astonishing in this role.

Stay tuned for that video, and make sure you watch the show. If you’re a fan of great thrillers, it’s going to draw you in.

Of the four shows, all of them–except for Ransom, which has 13 episodes–will run for 6 episodes, which is a great length for the shows to maintain a tight, well-balanced intensity. There’s really no filler–the entire season is focused on the story.

In terms of television in general, I’m currently watching The Young Pope on HBO, which is a wild experience, and like nothing I’ve seen on TV in a long time. It’s daring, and original, and, yes, weird too, but it is engrossing. I also don’t think that this is Jude Laws best role to date, and he is a talented actor with a long career, but he is truly great in The Young Pope. It’s not a show for everyone, but it’s challenging in a way that I wish more shows dared to be.

Finally, for television, let’s talk about the return of the second season of The Magicians on Showcase this Thursday at 10:00 PM (ET), and on SyFy in the U.S. Wednesday at 9:00.

After the first season, which was one of my favorite things on television in 2016, I was hooked, and I ended up reading all of the books last summer. What I love though is that the series sticks to the ideas and some of the mood of the novels, but everything is re-arranged and made to fit for the show, which is no easy job. It also leaves those of us who have read ahead still wondering where things will fit together, which is great since I don’t really want to know everything that’s going to happen, even if I loved the books.

So far I’ve seen two episodes of the second season, and while I’m not quite ready to review it, I am just as hooked as before. I have a few comments I want to save for the show, but I’m going to save that for a review of the first few episodes. For anyone wondering, the second season begins with the group of magicians, including Quentin Coldwater played by Jason Ralph, stumbling around Fillory for a new plan after Julia Wicker (Stella Maeve), vanished with the Beast to find justice against Reynard, the trickster god who attacked her.

On other fronts, I don’t just cover television, if you know me at all–there’s also film, and all sorts of other things going on.

This month I sat down in a bar for a wonderful hour-long conversation with director Jordan Canning for her film, Suck it Up, which premieres at Slamdance Festival. Canning talked about making her film in Invermere, British Columbia, and what it was like making her second feature film after We Were Wolves. Eventually I had to bid Canning adieu, but it was a fun hour to just talk about filmmaking and Canadian entertainment.

Last week I also met with Opimian, a private wine club that has partnerships with wineries all over the world to bring affordable, great wines to its members across Canada. CEO Frank Ianni explained how the club works, their wine concierge, and their Master of Wine, the very appropriately named Jane Masters. I’m going to be writing a bit about the club soon, but needless to say it’s interesting for any wine lovers since it is also a very reasonable way to explore the world of wine. 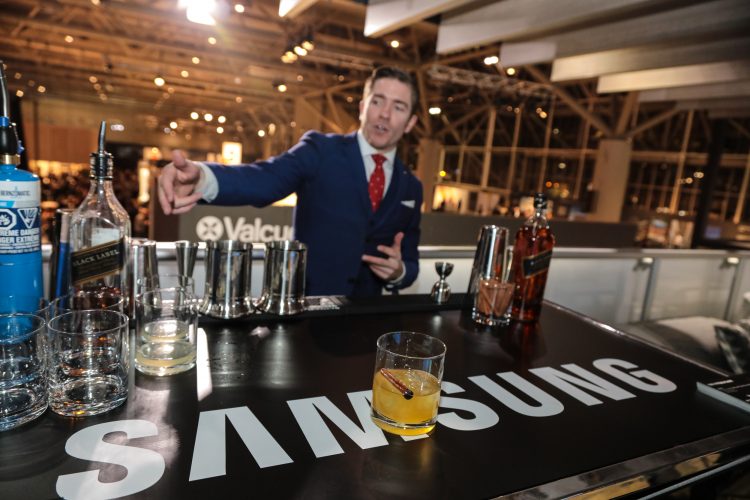 Finally, I ended last week with The Party at the International Design Show Toronto. Samsung had a booth at the show, and had invited me for a tour and a few drinks, and on top of that, they also had one of my favorite mixologists, Diageo Reserve Brands Ambassador Simon Hooper, who was making incredible hot toddies with Johnnie Walker Black Label whisky, which he prepared using a blow torch and cinnamon. 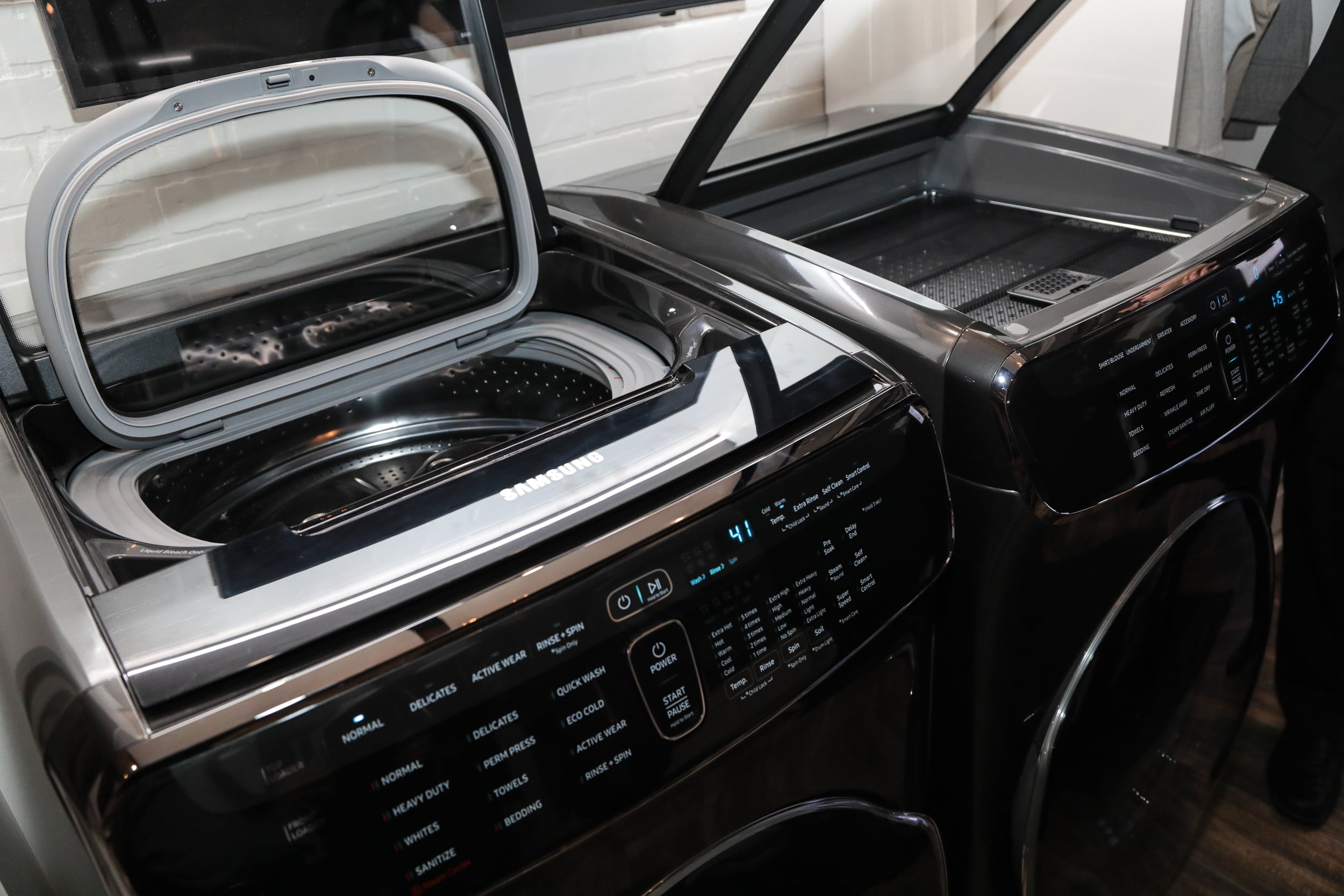 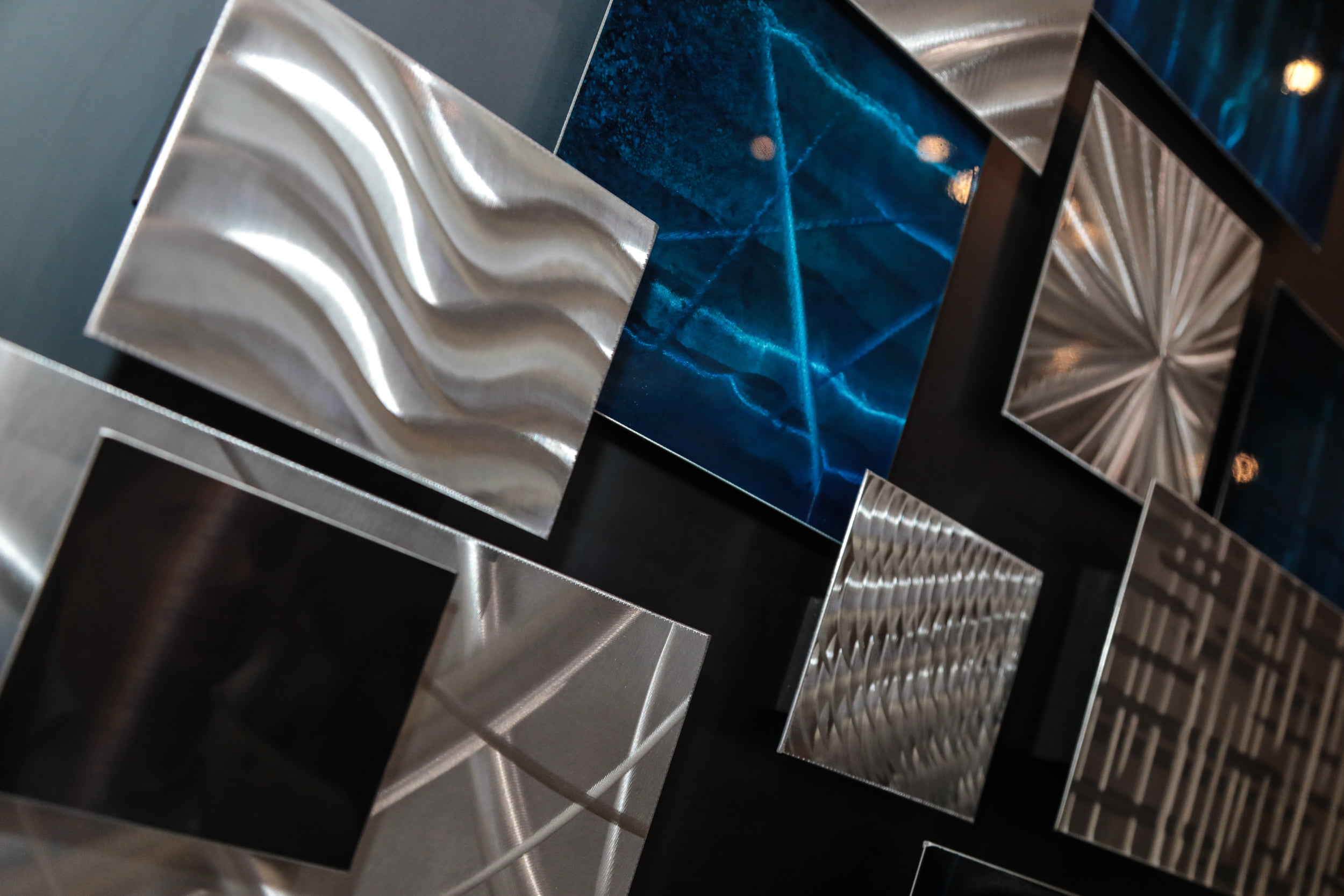 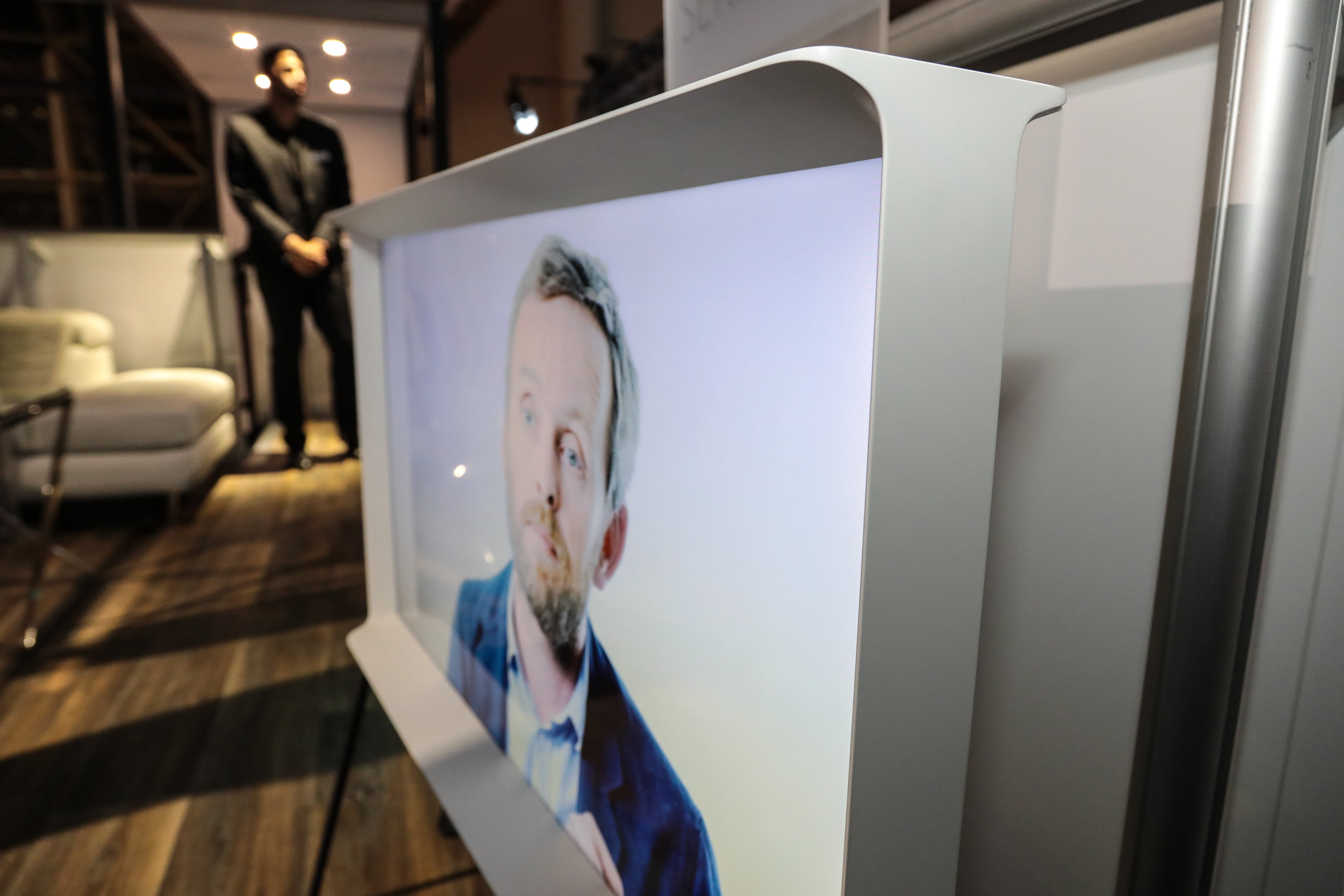 The other highlight for me though, aside from Hooper’s cocktail and chatting with Chief Brand Officer & Corporate Citizenship Mark Childs, was the Samsung FlexSystem Washer and Dryer, and the incredibly designed Samsung Serif TV. The washer and dryer pair each allow you to do two loads of laundry at the same time, so you can be washing a full load of laundry in the main compartment, and also wash a small set of other clothes in the top part of the machine. And then there’s the Serif TV, which is like few other flat-screen televisions on the market today–the design is original and striking, and the screen is framed beautifully by that overall design. It’s available now in a 40-inch model at Bay Bloor Radio.

While I was at The Party I also visited a number of other booths, including the sharply designed, and fun, Canadian Tire space that was developed by Citizens and Collaborators to promote the new Premier paints line. Inside the #PaintWithPremier space, visitors could contribute to the paint-by-numbers wall mural that is going to be auctioned to the Canadian Tire Jumpstart initiative.

So that’s what I’ve been up to, and that’s what I’m watching. There’s a lot more to talk about though, but that’s a start for now. Stay tuned for more update this week. 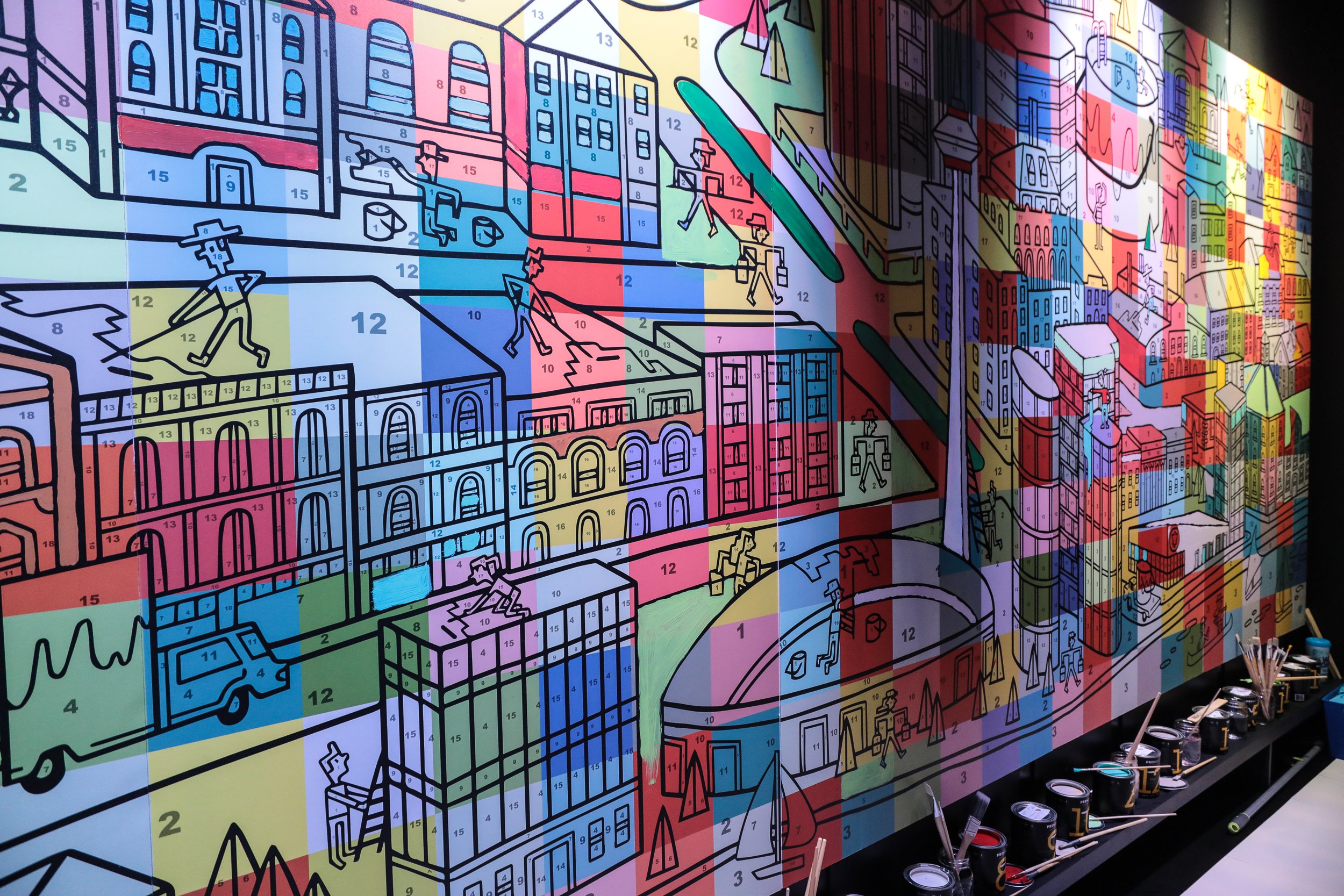 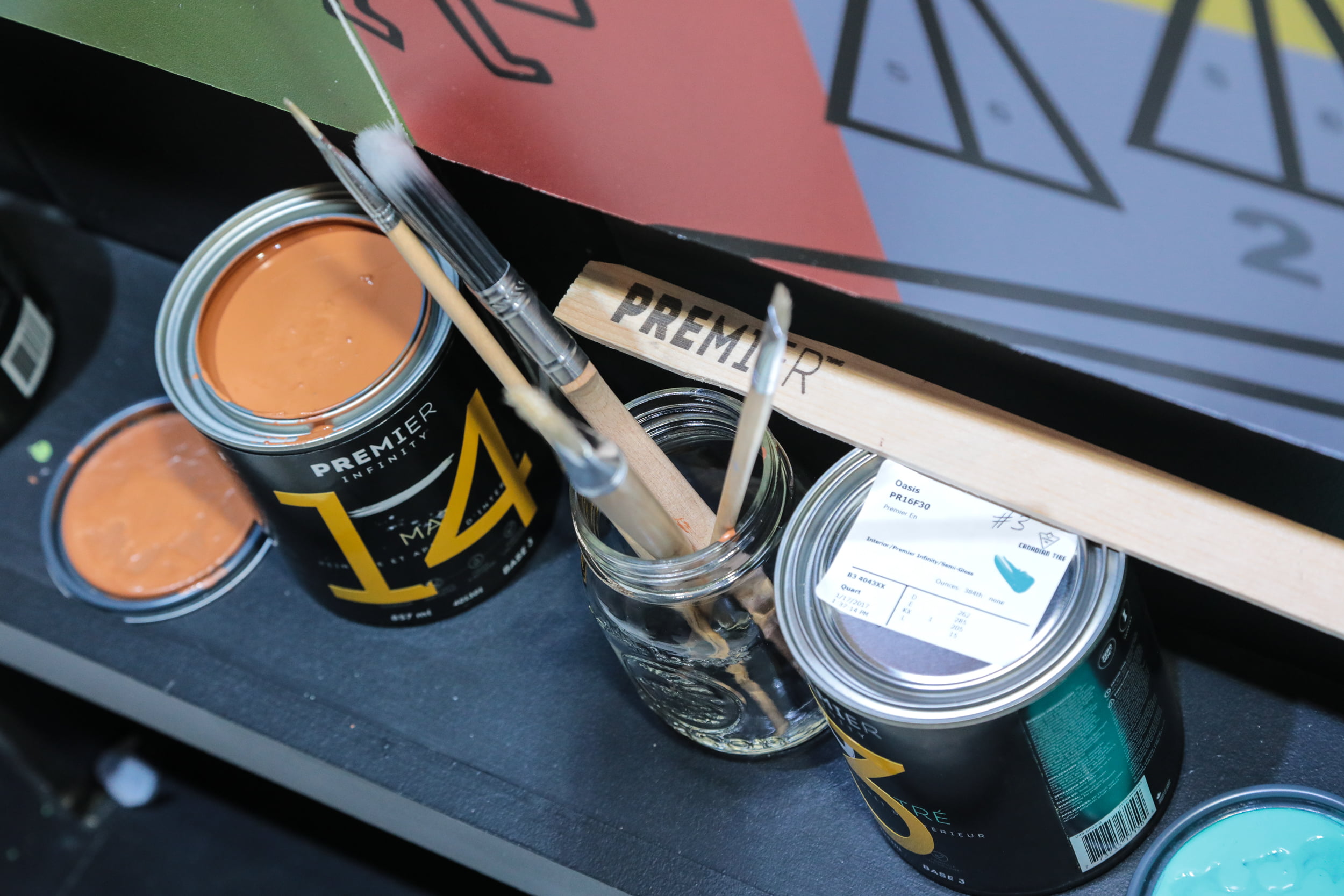