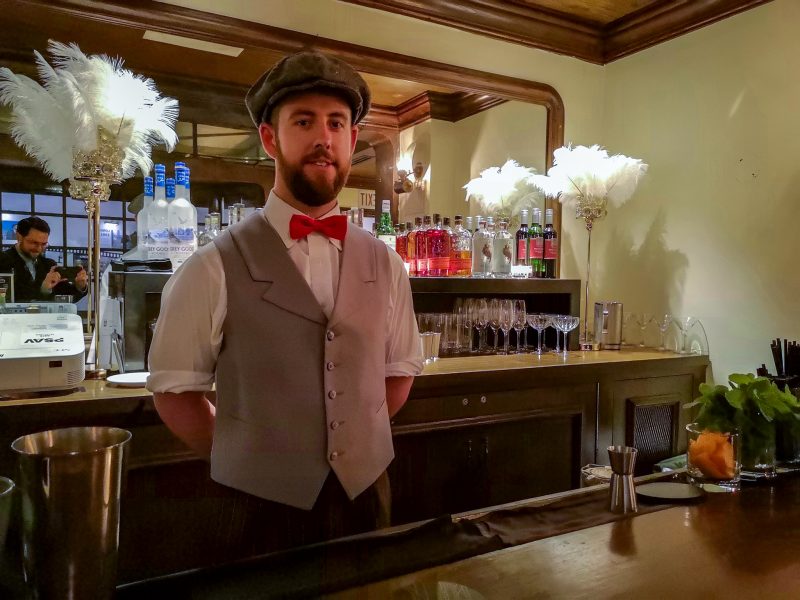 A great movie needs great locations as much as it needs a great cast, or a sophisticated director, and over the years Fairmont hotels have played a big role on screen.

To celebrate that leading role in film, Fairmont held a special invite-only reception at the Fairmont Royal York during the 2018 Toronto International Film Festival for Fairmont Loves Film, and it was a seriously classy evening, with some standout movie history on display.

The Fairmont Loves Film pop-up event featured a cinematic experience with cocktails, special guests, and a little rebirth for the Royal York’s Station Bar that was closed last year.

And the Station Bar was definitely a big highlight of the night. Fairmont rebuilt the space for the special event, calling it Carraway’s from The Great Gatsby, and set it up as a classic speak easy, with a bartender dressed for the part and a few other people mingling in classic garb to add to the tone.

Featured films and spaces on display included the iconic River of No Return (Fairmont Banff Springs), Vertigo (Fairmont San Francisco), RED (Fairmont Royal York), and even Fifty Shades of Grey (Fairmont Hotel Vancouver). As well as nods to Breakfast At Tiffany’s, Sleepless in Seattle, and even Home Alone 2, which was shot at The Plaza in New York City. For that last one, recreated part of the hotel room scene, bed included, where Kevin McCallister (Macaulay Culkin) orders everything from the room service menu.

The Fairmont Royal York will be celebrating film throughout TIFF. Check their website for more info and watch the trailer for the cinematic experience below.