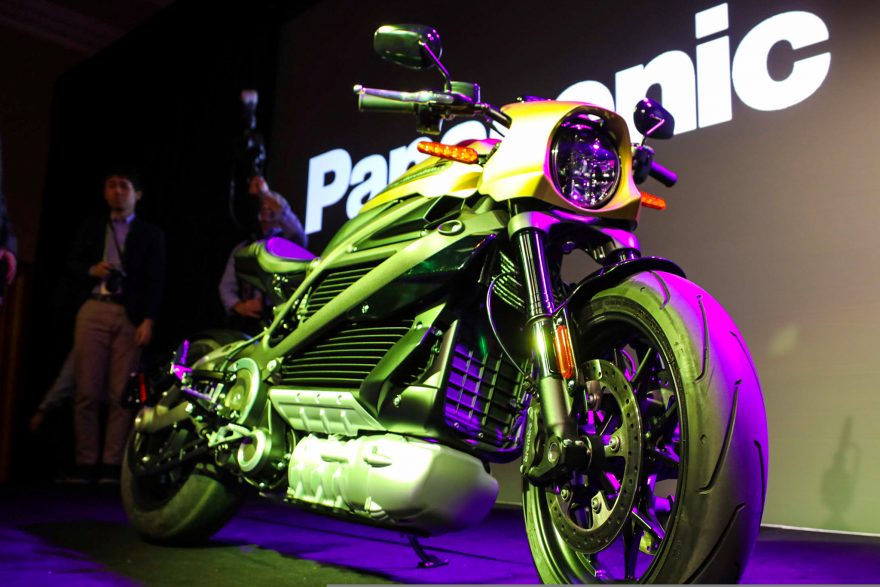 The CES 2019 Media Days kicked off today with a full slate of press conferences at Mandalay Bay, and I spent the day running between the events so I could catch some of the latest with LG, Panasonic, Hisense, TCL, and Samsung.

LG kicked off the day with their press conference, and among all the highlights the big story was the world’s first rollable OLED TV.

The LG Signature OLED TV R is pretty impressive, and it’s meant to change how people lay out their living spaces. There’s no screen to mount on the wall, so the TV can go almost anywhere in a room, and the screen can adapt for three different formats.

Next up, Panasonic showed off a few innovations, with a lot of the discussion focused on transportation, including their very sharp looking plans for SPYDR, a modular powertrain system for autonomous vehicles that can be adapted for a range of uses.

Panasonic also announced their first Lumix full-frame camera, the Lumix S1 and S1R. And they announced a new Technics turntable with DJ Skratch Bastid showing off a bit of what it can do.

But the biggest reveal for me was the Harley Davidson Livewire electric bike. Livewire is the first electric bike from Harley, and it was built with Panasonic technology. The motorcycle looks like a Harley, and at the same time it looks completely different from what we’ve come to expect from Harley, and that’s a bold move. It’s gorgeous, and preorders have started today on their website.

They also had an Imagineer from Walt Disney World on hand to talk about their partnership for the upcoming Mickey & Minnie Mouse ride, Runaway Railway, which will open in the fall. Panasonic has been involved in providing technology for experiences like this, and there was a hint that perhaps another upcoming experience at Walt Disney World will use Panasonic technology too–Star Wars.

(Unfortunately, the Hisense press conference was packed, and by the time I made it out of the Panasonic event, the Hisense room was already packed. I’ll be catching up with Hisense on the CES show floor though.)

For TCL’s press conference, I had a fantastic spot at the front, and they had their new earbuds for all the attendees. Those earbuds are from TCL’s new audio lineup, which includes four types of earbuds and headphones, as well as upcoming soundbars.

TCL’s Chris Larson, the senior VP for North America, also took some time to speak about TCL Cares, and their goals to not only earn the respect of their customers, but to also be responsible when it comes to handling end-of-life technology and recycling. As he pointed out, there’s a big need for companies to take care of technology when it’s no longer useful, and TCL seems committed to making a difference.

The company also announced that they had launched a new 75″ television today from their popular 8 series, which is under $1800 US, just to fit with the price points that people are most shopping for.

And coming up, their TVs are going to offer something new for gamers: Dolby Vision for the Xbox One and Xbox One X.

The big buzz word at CES today seems to be 8K, and while there aren’t any firm details yet, TCL announced that they’re developing an 8K Roku HDR TV, so that will be interesting to watch for coming up.

Finally, I was at Samsung’s CES press conference too, but given how much there is to talk about there, I thought I’d break that one out into its own story. Needless to say, there’s an 8K TV, Bixby integrations, a gorgeous new laptop, and a health care robot.

Scroll down for a few highlights from my social media feed as well.