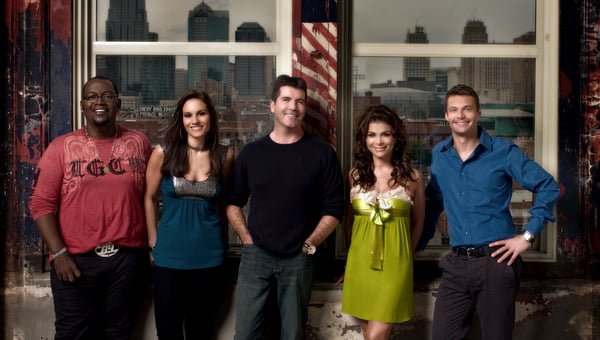 Seriously, seriously, am I the only one who agrees with Simon Cowell? I know I can’t be, but why is it that when Simon says some astute observation during American Idol, nobody (judges included) agrees with him?

And why is it that Cowell is the only voice of reason on the show?

I understand why the crowd boos Simon. They’re a bunch of fans who don’t know any better. The only reason they’re there is to cheer and be on TV. Most of them probably already have favorites on the show, even the dubiously talented ones.

But when Jackie Tohn got on stage, for the first live performance of the season, and she made like “A Little Less Conversation” was a show tune, why was Simon the only one complaining?

It was an awful, ridiculous performance, and on top of that, she was dressed like a reject from a bad 80s music video.

Can anyone explain this? Do the Americans on the show just hate the British, or are the other judges as dumb as the audience?

This is just another moment that proves to me why crappy artists can do so well. And that’s not even getting into the other element here: American Idol is meant to pick an artist that can become a huge superstar. Jackie Tohn might be talented, in her own way, but she is no “American Idol.”

Now, as bluesy as Alexis Grace was, she could be an Idol. That girl can sing!

Anyway, that’s enough ranting for now. More on Idol sometime soon. Don’t expect constant coverage, but I will have to revisit the show as we get down to it. I am, however, still of the opinion that real singers go out and get paying gigs and become famous. No show can replace that process, especially when it comes to teaching singers how to actually be a star, but admittedly, American Idol can be entertaining.