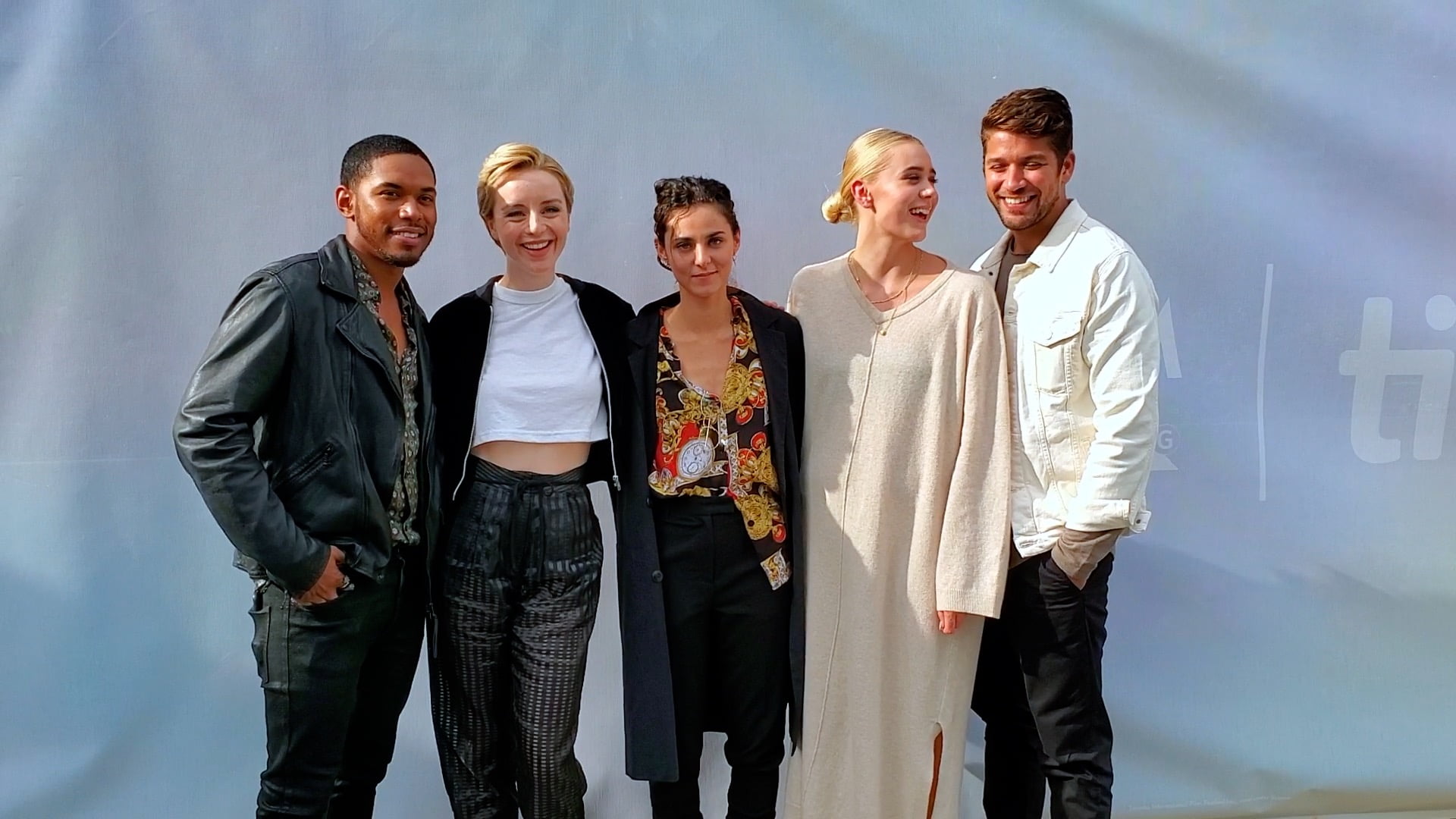 This year’s Toronto International Film Festival has been filled with a lot more opportunities to participate in interesting events that I don’t normally get the time to enjoy. There have been screenings and interviews, but I’ve also been out to a number of unique sessions that have been impressive, especially the OLG Dream Deck at TIFF Bell Lightbox.

First off though, it’s worth mentioning the interviews and one film premiere in particular.

I was at the Syncrhonic screening the other day, and then interviewed directors Justin Benson and Aaron Moorhead with actor Ally Ioannides, who plays Brianna Dannelly, on Sunday. The film is fascinating, and has a perspective and style that’s hard to pin down, which is wonderful, and going in I knew next to nothing about it, and that made the ride all the more fun. I really can’t wait to share this interview as I think they offered quite a bit of depth into how they work together.

On Saturday I also saw A Beautiful Day in the Neighborhood by Marielle Heller and starring Tom Hanks as Mr. Rogers himself, with Matthew Rhys as journalist Lloyd Vogel. Going in, I had a good feeling I was going to enjoy it, but what surprised me was that the film is anything but a conventional “based on the life of” drama.

A Beautiful Day in the Neighborhood is certainly about the life and work of Mr. Rogers, but it’s focuses almost completely on how he changed the life of Lloyd Vogel and what he meant to the people around him. The film peers behind the scenes at what he was like, how he worked, and his impact, without the usual formula I’d associate with this kind of film.

Frankly, it’s completely wonderful, and Hanks and Rhys have great chemistry together. The relationship feels utterly real, and while I wish there was more about Rogers outside of the normal context, the film is really something special.

On Sunday I also sat down with director Nick Rowland and star Barry Keoghan for their film, Calm with Horses, a dark Irish drama about an enforcer working for a family of drug dealers, and the ways this one man is trying to just be a good father, and yet keeps failing.

The film is uniquely layered, complex, and even beautiful, and Cosmo Jarvis as Arm is fantastic. Keoghan plays Dympna, a vicious, unprincipled fool, and his performance is visceral and frankly perfectly scary. His performance is really what sets the tone for the world that Arm is trying to deal with, and keep his son distanced from.

Then, I have to thank the OLG Dream Deck for not just the invitation to see A Beautiful Day in the Neighborhood, but also for the panels at TIFF with the TIFF 2019 Rising Stars, and then Endings, Beginnings director Drake Doremus with star Shailene Woodley.

Kelvin Harrison Jr., Kacey Rohl, Nahéma Ricci, Josefine Frida, Mikhaïl Ahooja, and Shamier Anderson all came out to talk about being named TIFF Rising Stars, their work and films at the festival, and some of their thoughts on acting. It was a fantastic conversation that you can see clips from in the video I shared below.

The conversation was really earnest, heartfelt, and honest, and it’s refreshing to see this kind of discussion to really give people a better glimpse into what it’s like to be an up-and-coming actor.

Then the Endings, Beginnings panel at TIFF offered a lot of context about the way that Doremus and Woodley worked together, created a relationship, and essentially built the film from the script up. It was a very organic relationship, from what the two said, and while it also sounds like it was tough for Woodley, it sounds fascinating to get this kind of inside context.

Finally, I was thrilled to step out and enjoy a break at the Devour! Food Film Fest party. The food film festival is coming up in October, and it sounds like a great event, and the party had a lot of treats, including drinks and some excellent food with previews of what’s to come at the festival.

Thanks to all for another great year at TIFF. More coverage and interviews will follow in the coming weeks, and as films get their release dates in the next few months.