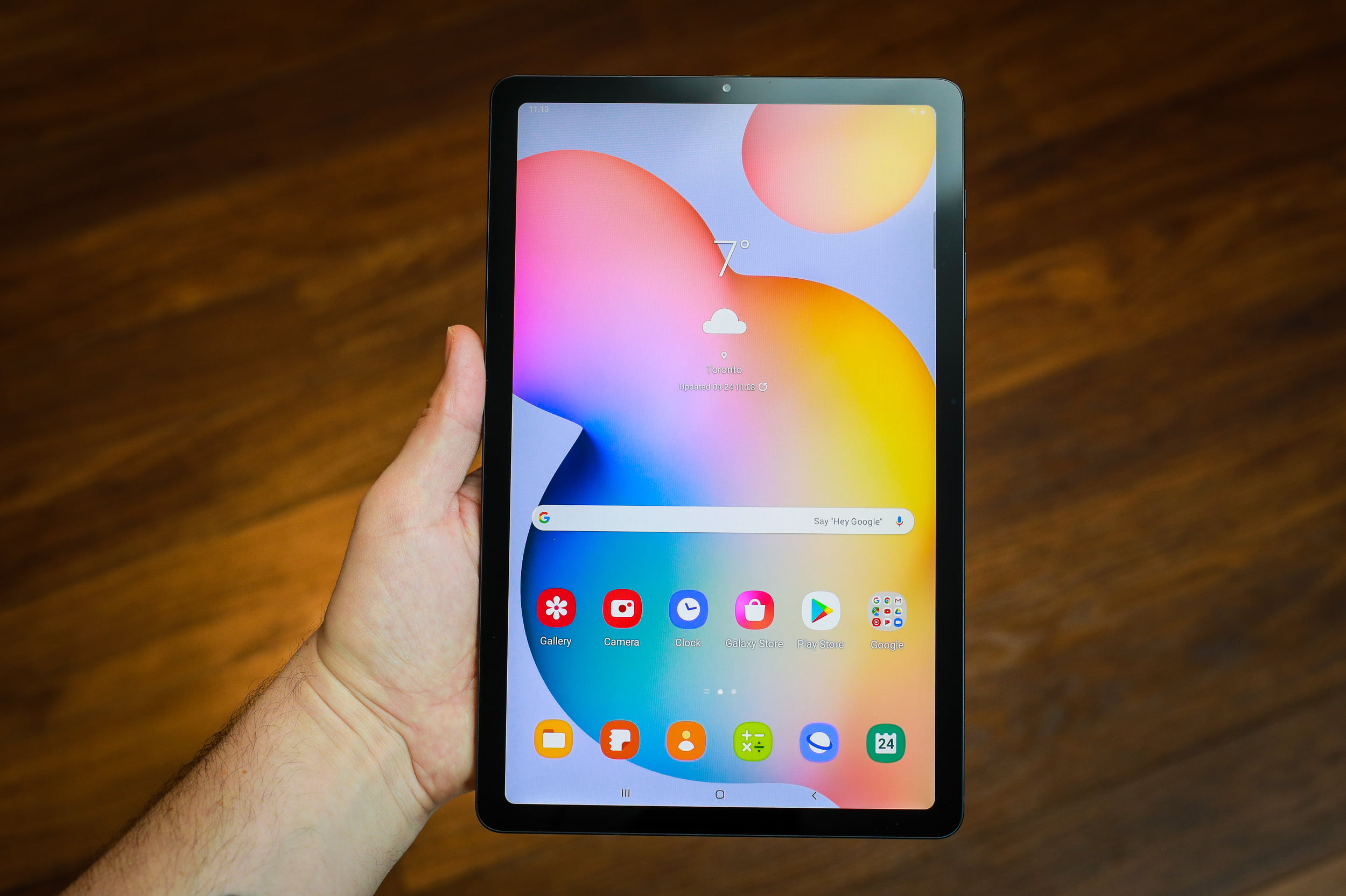 The days have been different, but technology has been impressively helpful during these strange times. I’m streaming more, taking guitar lessons online, working, and at times, trying to be creative too.

Whether it’s helping with work, or giving me a bit of down time, there are some great devices right now to help too, whatever you want to do, and the latest is Samsung’s Tab S6 Lite.

The new tablet arrives on May 8th for $429.99, and it’s a cheaper alternative to the very impressive and powerful Samsung Tab S6 that was released last year.

I’m working on a full review for Monday, but until then I wanted to give a little bit of a first look at the new tablet, to give you a sense of what to expect.

The tablet may be Lite, but video quality is still very good. The WUXGA+ display is bright and shows good detail, especially on YouTube, Netflix, and other streaming services.

On top of that, the tablet has a 7,040 mAh battery, so it will last for hours of videos, movies, gaming, or work. The base model has 64GB of built-in storage, and a microSD card slot for more space, up to 1 TB too.

For cameras and sound, the S6 Lite has an 8MP Full HD rear camera, a 5MP front camera, and dual speakers. The cameras are average, for an affordable tablet, but the speakers are quite good compared to many alternatives.

Listening to some of my Spotify lists on the app, I was impressed. The tablet also includes a number of sound features, from Dolby Atmos, an equalizer, and the ability to adapt the sound for your tastes. In particular though, the sound was the best in landscape mode, since that’s when the speakers are aimed at both of your ears.

From my perspective, if I had the two tablets beside each other, it would be hard to tell the S6 and S6 Lite apart. They look very similar, and the S6 Lite has a solid design and weight too. For the price, you’re getting a lot of features and a quality build. I also love the colour options, with blue, grey, and pink.

I’ve been a fan of Samsung’s UI for some time, and I really appreciate how they’ve streamlined using their devices, and doing things. On the S6 Lite, the interface and experience are natural and quick.

You can even adjust what the power button does when you press it, or hold it, so you can set an app to launch, take a quick photo, or hold to wake Bixby or power off.

Like the S6, you can also use the tablet to make calls or text after you connect it to your Samsung phone.

On top of everything else, there are parental controls, digital wellbeing so you don’t spend all day on the tablet, and a multi-window tray you can open to get to your favourite apps quickly.

So far, the Samsung S6 Lite has been a great, affordable tablet. For light and mid-level users, it has enough power to keep you going, and it has a headphone jack so you don’t need an expensive pair of wireless headphones to use it either.

Check back Monday for my full review.

That’s a good analysis. Waiting for the full review.