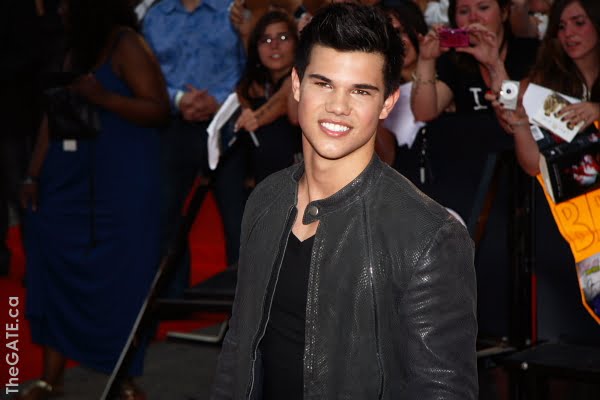 Taylor Lautner at the 2009 MMVAs

Celebutantes, nouveau famous, and the genuinely talented all collided tonight at the 2009 MuchMusic Video Awards for an evening of partying, schmoozing, and well, posing.

It was a good show, as these things go, and I really enjoyed the lineup of stars, from the Black Eyed Peas and Audrina Patridge to Billy Talent (who brought their dads with them for Father’s Day!) and The Stills. (I’ll also have to admit that it was nice to see Girlicious again this year, if for no other reason than the lovely Nichole Cordova.)

While I was more intrigued with the Black Eyed Peas, and even listening to Brody Jenner talk about being a celebrity, and how much he loves Canada (not to mention Jayde Nicole, who was also at the MMVAs), it was pretty clear that a lot of the fans were there to see one guy in particular: Taylor Lautner. Yes, the Jonas Brothers had people screaming, but I think Lautner left a lot more people weeping on the ground.

Personally, I have a hard time taking anything Twilight-related seriously, but hey, I don’t think much of the Twilight sensation has anything to do with the quality of the writing, or acting for that matter.

Anyway, for my sixth (or was it seventh?) year at the awards, I took in all the usual sights – from the red carpet to the media room – but I really have to admit that I missed the outdoor invite-only party.

Usually a fun place to hang between catching interesting stars in the media room, the parking lot was filled with the colossal stage, and behind that some barren space between buildings where catering trucks were lined up.

Tomorrow I’ll have more to blog about. I’ll try and post as much as I can, and that includes some of the 1200+ photos I took. I also shot video of a bunch of people, including Jayde Nicole on the red carpet, the Black Eyed Peas and the Jonas Brothers chatting with the media, and I have a few stories to share.

I’ll also open this up for fans to tell me about what you thought of the show, your experiences (if you were at the event), or whatever you want to share. For instance, what did people think of Lady Gaga‘s flaming bra or her nearly non-existent underwear? She didn’t come back to the media room, so the only impression I had of her was totally on-stage during the show.

P.S. Apparently, if this is something you’re wondering about, Nickelback claimed the most awards at the MMVAs.

I love Twilight! I can’t wait for Twilight Eclipse! I’m so in love with taylor, lol.
I still think that the first film was better, but New Moon certainly wins in eye candy lol