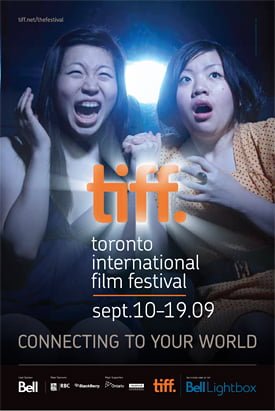 My girlfriend laughs at me on a constant basis because I have a tell, as it were, when it comes to the movies.

When I’m really, really enjoying a scene or a moment in a movie, I get goose bumps on my arms. It’s not something I can control, but it’s one of those givens for me. Did this movie work for me? I don’t know… did I get shivers?

Now, granted, that’s not a rating system, but it does indicate to me whether there was any movie magic in the air. No matter what kind of movie I’m watching, I firmly believe that the good ones will somehow dazzle me with that magic, whether it’s through acting, special effects, dialogue, or some other key ingredient.

Sure, there are occasional times where the shivers come more from geeking out, rather than true awe or excitement, but that still tells me something, and I love that movies can cause this kind of response in people.

The point is that there is one oddity to this personal fact, somewhat along the lines of a Pavlov’s dog type of response.

Whenever I hear the Universal Pictures fanfare (that music that rolls over the film company’s logo), I also get the shivers.

Why you might ask? Because for the last eight years that I have been covering the Toronto International Film Festival, Universal’s fanfare is the first musical notes that I hear before every movie experience.

The reason is simple enough, Universal has been kind enough to sponsor the volunteer program at the festival, which means they get a little segment at the front of every film to thank the hard-working people who help make the festival possible.

The long and the short of it is that there is literally no other time in the year when I’m so excited about being a movie fanatic. For ten days every September I feel privileged to see some of the best cinema anywhere, and that music is a constant reminder that no matter what else you say about filmmaking, the point of movies will always be creating that magic, and making the audience feel it too.