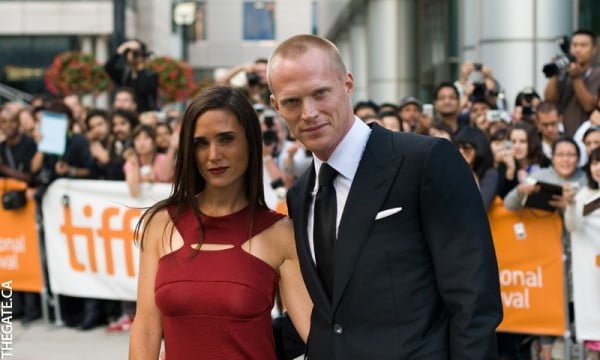 Jennifer Connelly & Paul Bettany on the red carpet for Creation

This will be a quick update, but I just wanted to post some info about my night so far. Yes, the fun has begun and I’m just in-between my gigs for the first night of the 2009 Toronto International Film Festival.

A little over an hour ago I left Roy Thomson Hall where they were holding the red carpet for the gala opening film, director Jon Amiel‘s Creation, which examines the life of Charles Darwin. In addition to Amiel, stars Jennifer Connelly and her real-life husband Paul Bettany walked the red carpet, not to mention the great-great-grandson of Darwin, Randal Keynes.

So, now I’m recharging on a coffee while I charge up my laptop for the two-hour wait ahead of me on the red carpet for Jennifer’s Body, where I’ll be getting photos of Megan Fox and Adam Brody.

After that I’ll have one more update for the night, and then I have a jam-packed day scheduled tomorrow… which I’m still sorting out. The basic plan is to see one or two movies (Maybe the Coen brothers‘ A Serious Man and Jennifer’s Body), plus there are press conferences for two or three films I want to catch, a party hosted by the OMDC where Hugh Hefner will make an appearance, and then more red carpets and the party for Rob Stefaniuk‘s Suck. Whew.