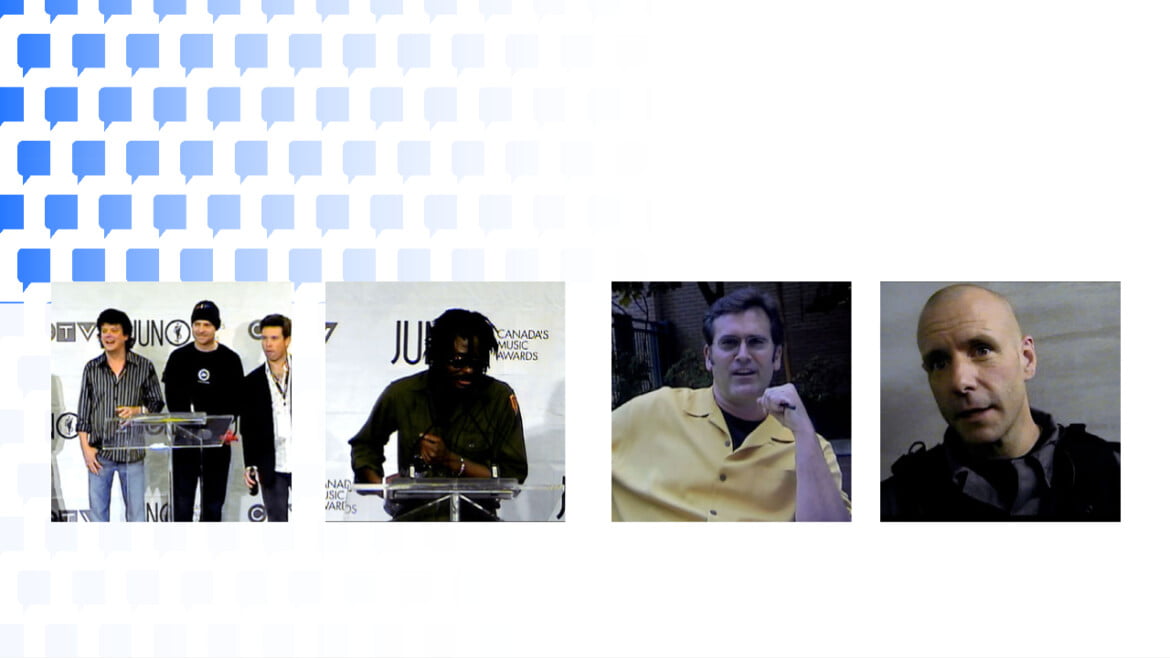 Video interviews have been a big part of the The GATE practically from the beginning, and I love some of the memories I’ve uncovered from the early days.

The GATE is celebrating more than 20 years of covering Canadian entertainment, and the archives from all of those stories is pretty amazing to look back on. After all these years, I’ve forgotten some of the moments I had with actors and musicians, and some of those moments were on camera.

Starting in 2001 I picked up a camcorder and started recording interviews, and by 2002 I had about a dozen pretty fun interviews, including Bruce Campbell, and Dominic Monaghan and Billy Boyd.

I went from filming interviews on a camcorder, to a full digital camera a few years later. Today, and with only about a decade on YouTube, The GATE’s channel has earned over 12 million video views.

Looking back, some of my earliest videos were pretty popular too. There was New Kids on the Block were at the 2008 MMVAs, I sat down with the great Bruce Campbell to talk about Bubba Ho-Tep at TIFF 2002, and Hugh Dillon chatted with me on the set of Flashpoint.

Watch the video below for a peek at some of my favourite moments from those first, early years, and I’ll share more highlights soon.

A new chapter begins after more than 20...