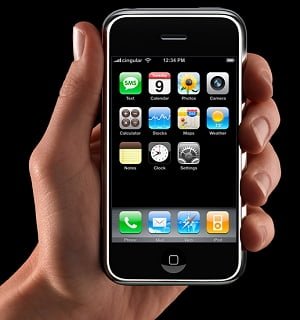 Worldwide, regional exclusivity deals for Apple’s iPhone are going the way of the dinosaur, with France’s Orange mobile being the latest to announce that they would be getting the iPhone, which previously was only sold through the O2 network in that country. That makes North America one of the last bastions of exclusivity, with AT&T selling the phone in the U.S., and Rogers selling the iPhone in Canada.

Although PC World suggests that the AT&T deal could potentially live on for years, it’s a remarkable thing to think a company like Apple would be happy only selling through one retailer. It’s a sales limiter in every way and as a consumer, I find it baffling because when I shop for a phone, chances are I’m going to stick to whatever company I like, or have the most experience with. Although Rogers has a lot of customers, it makes sense to me that if you sell your phone through more companies, you’ll reach more buyers.

The Blackberry is a great example of that sales technique, and although that device is geared more for business, Research In Motion has wisely worked to make it widely available, which seems to have made the device even more ubiquitous.

The worst part is that selling the iPhone with one supplier also means no deals on your rate plans, and in Canada, that’s a huge issue. The cost of cellular service in Canada is outrageous, and I can’t help but choke back a few insults when I consider how much the phone companies are making off of deals here, simply because there’s not enough competition here. Maybe I’m being too stingy, but I also find Rogers’ rate plans for the iPhone about two or three notches too high.

So, tell me Apple, when are you going to start selling the iPhone in Canada through another company? I don’t care if it’s Virgin, Telus, or Bell, but exclusivity stinks, and it’s certainly never a good thing for customers.

The point of this little blog entry is that I hope I have the answer. If a Toronto Star article is to be believed from earlier this summer, we’re very close to an announcement. The holidays are coming, after all, so if an announcement is on the way about other retailers getting the iPhone, it could be any week now, but it will almost certainly come before the end of October. If it does happen, I can honestly say I might have to bite the bullet and upgrade, even though I just got a new phone last year (what can I say, the iPhone apps are unique and amazing). That all depends on the rate plans though, so we’ll see if this happens, if another company can offer better deals than Rogers.

AGREE !!! I agree with nothing else to say.