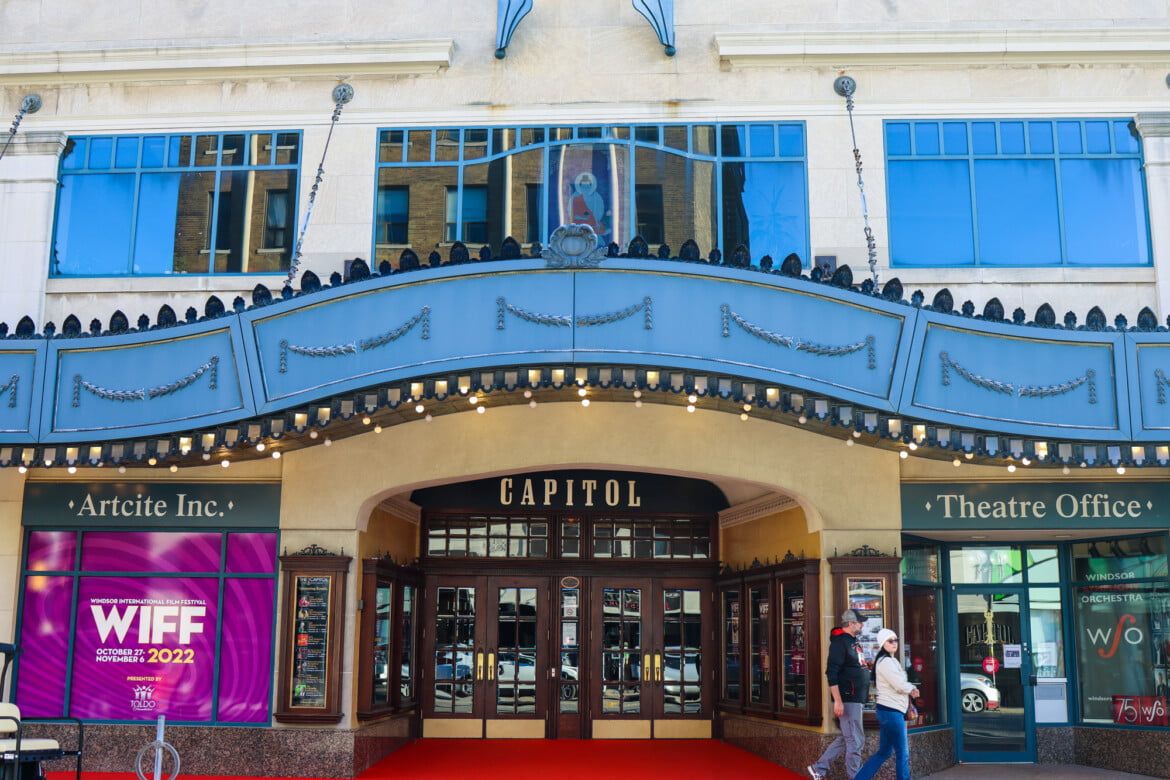 Film festivals are one of my favourite windows for the world. They’re filled with the stories that make people tick, what’s wrong with the world, and what we’re all dreaming about.

This weekend I’ve been in Windsor for the first time in quite a while, and I’m here for the Windsor International Film Festival. It’s my first time at the festival and it has been a treat because Windsor is so relaxed and upbeat, and the festival goers have been so into all the movies.

And it’s a great lineup at the festival. WIFF opened with Empire of Light, and the festival runs until November 6. There are big films and little films. Canadian movies and local ones. The festival is even showing classics, like La Dolce Vita, Bram Stoker’s Dracula, and just in time for Halloween, tonight it was a special presentation of The Rocky Horror Picture Show.

And the festival also had one of my all-time favourite films, Petite Maman.

My favourite moment from WIFF had to be hearing director Clement Virgo talk after his film, Brother, and explain how he adapted David Chariandy’s novel. Virgo talked about how he identified with the story, and how he brought a bit of his own story to the script.

I filmed some of that conversation, so I’ll aim to share it soon.

Otherwise, getting back to Windsor has been the great opportunity to explore the city a little bit more, and it’s even been a little peek at how incredible Detroit looks on the other side of the river. It would be great to come back and explore both cities.

While I had a little down time I didn’t make it to Caesars Casino, although the roulette was calling me, but I’ve been to a lot of small restaurants, and I’ve made some notes for the next time I’m in the city.

It’s also amazing that Windsor has so many great venues within a few blocks. The Capitol Theatre is so wonderful, in particular, but I really appreciated all of the venues. Even the sound was great!

I did take a few breaks just to look around, and a stroll along the waterfront was a great break from the movie theatres. Not many cities in Canada have waterfronts as nice as Windsor.

I’ll have capsule reviews online soon from WIFF. Until then a few of my top suggestions at WIFF are: Bram Stoker’s Dracula on Halloween night, the David Bowie documentary Moonage Daydream, director Nyla Innuksuk Indigenous horror, Slash/Back, one of this year’s most loved dramas, Aftersun, as well as The Phantom of the Open, Women Talking, and Good Night Oppy.

Also, the WIFF Prize In Canadian Film will be awarded at tomorrow’s brunch, with $25,000 for one Canadian film and its filmmaker. Ten films are in the running. Check out WIFF’s Twitter feed for the news after 12:30 PM Sunday.