Ricky Gervais at the 2010 Golden Globes 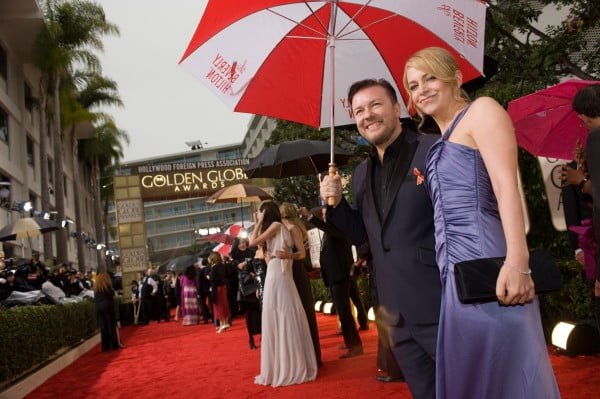 The night is almost over for this year’s Golden Globes, and I have to give praise where praise is due: Ricky Gervais has been an awesome host. Sure, he’s been drinking on-stage, but he’s been on the ball with the jokes.

“Let’s get on with it,” he said at the start of the night, “before NBC replaces me with Jay Leno.”

The real burn of the night came much later in the night though. “I enjoy a drink as much as the next man,” Gervais quipped, “unless that next man is Mel Gibson”

Still a bit to go, but otherwise the Golden Globes have been odd, and awkward. On the odd side of things, the winners have been a bit out in left field. Not bad, by any means, but definitely a little strange. And on the awkward side, the production team has been sleeping on the job, with a lot of screwups throughout the night.

The results are really making me wonder how much of this will translate into Oscar gold as well. For instance, is James Cameron’s win for Best Director telling? We’ll see in a few weeks, but it certainly looks good for Avatar…