‘The Road’ to dark clouds and thunderstorms 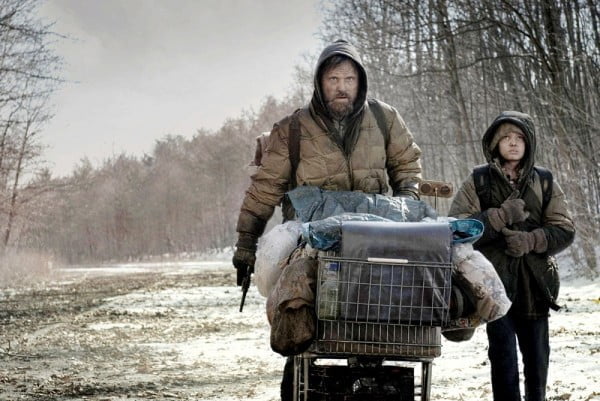 Things are a little bleak on The Road

While I come down off of the low that was the end of Lost last night, I had to accept a little more darkness in my life today with the movie The Road, starring Viggo Mortensen.

This is quite simply one of the most depressing movies ever made, I think I can safely say. It’s very, very good — don’t get me wrong — but it’s really quite sad, morose, and bleak.

What blows my mind is that it was written by Cormac McCarthy, the same guy who wrote No Country For Old Men, but that story was like the frikken Care Bears compared to this. You can see his style throughout the story, no doubt about that, but apparently he was having a bad decade when he wrote this movie.

The Road also just makes me wonder if McCarthy is either the happiest guy in the world, because he bled all the darkness out in his books, or if he has some permanent storm cloud over his head. Can anyone recommend one of his book’s with a little more sunshine in it?

All I know is I may never be able to watch this movie again. It’s an impressive work, but watching it once is probably enough for a long time.