Galaxy S or Xperia X10: Is one of these the droid I’ve been looking for?

I’ve said it before and I’ll say it again: I am a technophile. Maybe I’m not thinking about technology all day long, but when I hear about new gadgets, I’m always intrigued.

That’s why, even though I’ve had my current phone for less than two years, I’m seriously thinking it’s time to get an Android phone. I’m still debating if I really need to ditch my old, fairly acceptable HTC phone, but after playing with some of the new phones that have arrived, I’m having a hard time resisting. 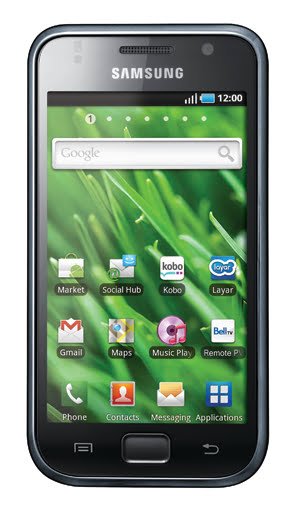 On the one hand, I love the Samsung Galaxy S Vibrant that Bell Mobility is carrying here in Ontario. It’s incredibly lightweight, has the prerequisite 5 megapixel camera, HD video, FM radio, the much-hyped super AMOLED screen, and it has 16 GB of internal memory. My only complaint, as I’ve seen others mention is that the screen is really shiny, but it’s not a deal-breaker in any way.

And on the other hand, Rogers Wireless has the Sony Ericsson Xperia X10, which is fairly similar to the Galaxy S, but it has an 8.1 megapixel camera. (Rogers is also advertising it on their website as having Android 1.6, while Bell says the Galaxy S comes with Android 2.1. That’s a minor point, since you can always upgrade it, but it seemed a bit funny all the same.)

Essentially the biggest difference here is whether you want the higher resolution camera, or whether you want to stick with Bell or Rogers, but it’s also notable that the Xperia X10 sells for $99 on a three year contract, while Bell charges $149 for the Galaxy S. Both phones also have distinctly different menu styles, so it may also be a question of what you’re used to.

For me, I think I’ll wait a little longer, but I’m leaning towards the Samsung, mainly because I loved my previous Samsung phone, but also because I preferred the shape of it to the Sony Ericsson. I also realize though that there are likely some amazing phones coming out soon for the holiday shopping rush — the question is just whether they’ll be as interesting as either of these phones.

Let me know if you have any feedback from your experience with either phone, or if you have your eye on a different Android phone. 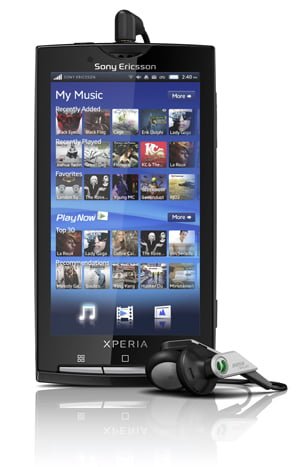 This article is very superficial. You don’t mention anything about the well known GPS problem on the Galaxy S – which has not been fixed yet (and won’t be fixed until SEP). Regarding the Xperia X10, it’s a big deal that it has 1.6 since version 2.2 is already out there, and Sony most likely will only update this phone up to 2.1. So, that’s NOT a minor point, since you CANNOT easily upgrade it.

I just recently purchased the Samsung Vibrant for T-Mobile and the experience has been very pleasant. Aside from a few software glitches on the phone, this Android device is a type of “Awesome” that can’t be described in full with words. As an early adopter of the Android operating system, my view is slightly biased (Upgraded my G1). Even so, I would take Android over iOS4 any day. I would prefer a Vanilla (stock) version of the operating system, however the Touchwiz interface is quite intuitive and I’ve learned to love it. It is not overbearing, and compared to Samsung’s previous iterations it is a welcome addition. The 4″ Super AMOLED display is something to be seen with your own eyes and the rest of the hardware is “top-notch” in relation to today’s smartphones. I am actually “Swyping” this quick personal overview on my Vibrant right now.

Well, maizein, it’s mainly superficial because it’s a blog entry and not a full review or article. That said I also don’t find the GPS issue all that terrible – I don’t see myself using it much at all. And as for the Android version, I suspect Rogers has an out-of-date site – if not though, I’d just expect Rogers to update the phone before I bought it.

you can not upgrade to android 2.1 yet on XPeria, and to my view it totally sucks, I have returned it.

I’m gonna wait for the Galaxy S, Rogers will have it soon…

I upgraded to a Sony Xperia X10 and was VERY disappointed. The biggest disappointment was the call sound quality. I know in this age of text messaging, facebooking, twittering, there might be less of a need for earpieces and mics, but there are still a few of us who like to actually like to communicate using voice and Sony appears to have forgotten that you need to be able to hear what a caller is saying to you! Unless you are sitting in a library on a Sunday afternoon…you can’t hear a thing, no matter how hard you try to implant the ear piece/speaker into your skull! Additionally, I found the touch screen occasionally unresponsive….unlike Iphone that seemed consistently responsive. As for the Galaxy S, I have just returned a Rogers Samsung Wave which was diagnosed with a fault (incompatible with Rogers “Internet” and “My Account” apps-rendered those apps useless at least on mine anyway). The Amoled screen was literally off the chart as far as colour, vividness, clarity….oh my gosh…speechless!!!! It made “real life” look dull! Never seen anything like it! Held it next to an Iphone 3GS…no comparison, not sure about Iphone 4….but Rogers seems to be having a terrible time supply stock on any Iphone, so I have no way of getting one to compare.. Now that I’ve seen the absolute best there is as far as display goes..there really is not going back….I have to wait for the Galaxy S to arrive at Rogers, with it’s Android OS, rather than BADA OS (Wave), it is sure to be something awesome…HURRY UP ROGERS!!

Actually, I hate to say it, but my girlfriend says the call quality on the Samsung Vibrant is pretty bad too – she says I sound pretty bad. I’ve also had a hard time hearing people on the phone in public places unless I hold the phone TIGHT against my ear.

The Samsung Galaxy S has a better screen, is thinner and is running Android 2.1. Besides the camera, its a leader compared to the Sony.

I will admit I looked at the Sony Xperia a couple of months back but the lack of Android updates and missing pinch to zoom was bugging me. Along comes the Samsung Galaxy S which is currently offered by Bell but soon Rogers and rumored other Canadian carriers (Telus and Virgin).

The Samsung is hands down a winner. My only concern was with the lack of a flash for the camera, but in researching and tests with friends, the night vision makes up for it and many times beats the flash based cell phones with cameras

I am eerily close in comments to Catherine.
I signed up with a new three yr rogers plan with an x10 and it crashed repeatedly. in emails …crash. in google maps…crash. Basically a lemon.
I did not want their offer of a replacement after owning it for only one week….but they said i talked on it too long and could not return it?
So they said the captivate was coming and to wait…so they gave me a loaner samsung wave. the screen and camera are great. the look and style is great. but it is not android so i cannot download apps, there is only samsung apps available. also the gps does not work. it will on most occasions not find my location for literally hours if at all. even when it finds me, which is not often, it is not accurate. while following a map recently it told me to turn a street after i passed the right street.

I am waiting on the captivate but with fear of gps issues continuing. the wave is no good, its only a loaner, but still..its out there for sale and its bad. i received emails with attachments it would not open saying it had no software for it….just basic stuff like pdf’s or simple jpg photos…would not open.

i would definitely not recommend the sony..although clearly a lemon and maybe others would operate ok…the fact it was so far behind in os…..1.6 vs 2.1 or 2.2 at launch is sad. i could not get enough home screens. it was laggy all the time. buttons would not register.

get the galaxy s is my guess…or give in and get an iphone. the more android crap experiences i have…the more i realize why the iphone is so successful..overall…..it works..simply.
but get the galaxy s…..umm…?…i think? gee isnt that a ringing endorsement.