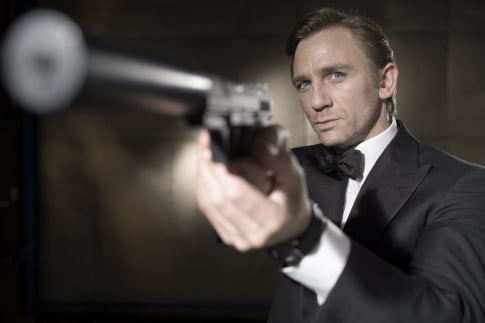 This week has turned into a bit of a chaotic series of events for me as every company and their dog has planned some sort of media event to promote things before the end of the year. While I’m making time for a little bit of everything the movie screenings have my full attention I’d say.

Sunday morning it was Happy Feet, the animated film about penguins, but it ended up being a bit of a disaster mainly because the story was pretty thin. And Wednesday I’ve got the screeening for The Fountain which is this trippy story about the fountain of youth, but told throughout three different periods of time for two people. Plus, there’s Deja Vu very shortly as well.

But tonight was the big night in my mind – Sony’s screening for the new Bond film, Casino Royale starring Daniel Craig as James Bond himself.

Now a lot of fuss has been made about the fact that Craig doesn’t seem to be a good choice for the role, and on top of that the last few Bond flicks have royally sucked if you ask me, but I’ll admit it – this is a superior Bond film. In the history of Bond films this might even be in my top 5.

The style is there, director Martin Campbell does a brilliant job, and you can tell right away that it’s the core of writer Paul Haggis screenplay for the film that makes this such a good movie (I know they toyed with his work a lot, but I’m pretty sure Haggis’ script would have been rather un-Bond-like otherwise – he said in one interview that he took out all the corny jokes!).

Stay tuned for a full review of the film and all that, but I can tell you right now that it’s going to be big (FYI – leading Bond girl Eva Green is worth the price of admission, not to mention the killer opening credits).