Crash of the Android 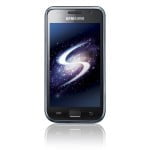 Samsung’s Galaxy S Vibrant, which I picked up through Bell Canada, has basically been my constant companion. I took it to France to take pictures, I used it throughout this year’s Toronto International Film Festival to tweet and post updates, and I’ve found that it’s an all-around great phone. Apparently I stumbled on a major flaw last week though because right now I’m hobbling along with a loaner phone while Samsung tries to get my Galaxy S working again.

It all started on Wednesday when I decided I wanted a new music app that would scrobble tracks to Last.fm. I found three players that would work, and installed them all directly from the Android Marketplace. The problem came when I went to launch the second one, and the phone immediately went black. Pressing the keys at the bottom did nothing, and turning it off and on again just ended with it going black after the intro screen played.

So, I went Googling for an answer and while I found other people trying to reset their phones, I didn’t find a single answer to how I could reset my phone. There were two different ways to do it, and none of them worked.

While I wait for Bell to call me and tell me my phone is ready again (which they warned me could be three days or three weeks from the day I dropped it off) I’m now left wondering what went wrong, and what I should avoid installing on my phone. Did the second music player app screw up my phone, or was that just an unlucky coincidence?

It’s safe to say I’m not going to install dumb-looking apps from the Marketplace again (the second music player had a lot of downloads, but the interface looked pretty weak), but I can’t help but ask some questions now.

For one thing, I can’t be the only person who had issues because of a bad app, so if I’m not, why aren’t apps being marked as dangerous or being taken down? And does this prove that Apple has the right business model with their approval process?

More importantly though, is the Galaxy S Vibrant the only Android phone that doesn’t have a working reset option, or was my problem somehow unique? I saw a lot of reports online that said Samsung’s reset options weren’t working, and the only update I saw from Samsung involved a software update… but if my phone isn’t working or booting up, how am I supposed to apply the update? (Also, Samsung’s Kies software kind of sucks, for the record.)

Since I’ve had my phone less than 90 days, I’m kind of appalled that I’ve already had an issue that broke my phone, and it makes me wonder if I’m really going to be that happy with the Samsung in another year. I’m certainly going to be a lot less download-happy after this, but if it breaks again for similar reasons, I’m going to be a lot less likely to just turn my phone over while it’s mailed away. Next time, Bell and Samsung are going to have to find a real solution immediately, and I’d suggest anyone else who has similar problems to make sure both companies know you’re displeased with their product and service.

“More importantly though, is the Galaxy S Vibrant the only Android phone that doesn’t have a working reset option, or was my problem somehow unique?”

It does – press all three buttons simultaneously for 5 or ten seconds (sometimes this has to be repeated). You will lose data however.

Problem is, I tried that. Didn’t work. Why not just have a dedicated reset button by the battery?