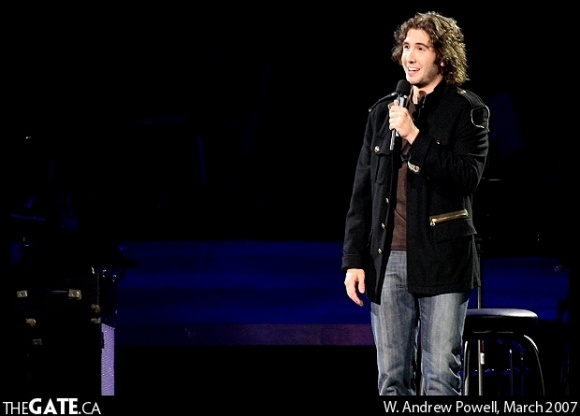 Last night was Josh Groban‘s concert at Toronto’s Air Canada Centre and I have to admit – the ladies really dig that guy. His biggest fans, the self-named “Grobanites”, were out in full-force, cheering him on and generally going nuts for every move he made on stage.

And there’s really no denying that the man can sing. He’s also got some knock-out songs – including “You Are Loved (Don’t Give Up)” – which he opened the show with. Of course it also doesn’t hurt that he’s worked with a music industry legend – Canada’s own Mr. David Foster.

You can check out the photos I got from the show over in the Photo Gallery, although they’re not my best work since photographers were stuck at the sound board instead of in a pit in front of the stage.