And finally, here’s the last entry from my travels at CMW – enjoy… 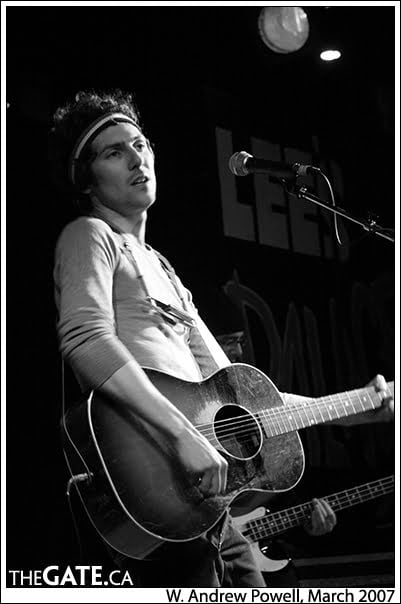 It’s Saturday night, the last night of Canadian Music Week, and it’s already 10:00 at night and I only just arrived at Lee’s Palace. I feel like a slacker, but it all works out since there’s no massive line when I arrive. (On some nights of CMW if you arrived at 10:00 you’d never get in, but apparently this isn’t one of those nights.)

As I walk in I catch the end of Pat Robitaille, who’s better than I expected, but I’m here for Jeremy Fisher and maybe Tomi Swick. Either that or I’ll be headed out to find another venue after Fisher wraps up.

When We Are The Take take to the stage the younger girls rock out like they’re at a hard rock show. They’re good though (the band that is), and as the girls make their dreamy eyes at the band, you still can’t help but take them seriously (still the band). In a lot of ways they remind me of a folky group from the 70s with their whole vibe and swagger, which is cool since they genuinely pull it off.

This is the point where I realize something stupid – I didn’t bring my memory card for my camera. I can just see it, sitting at home, plugged into my laptop from the last time I downloaded pictures. For me, taking pictures at a concert is a must – even if it’s just snapshots. I always like to have an image to go with anything I might write, but what can I do?

Shoppers Drug Mart to the rescue! I’ve laughed at the idea of buying memory cards from Shoppers before, but I can tell you I was happy they sold them tonight. Running out of Lee’s and noticing a rather formidable lineup forming, I motor for the nearby Shoppers and miraculously make it back inside with no fuss.

When I get inside I barely get into position at the side of the stage when Jeremy Fisher starts his set. Just a few minutes on stage and it’s obvious just how good this guy really is. One song in and I’m not sure why he’s not an even bigger hit across the country. 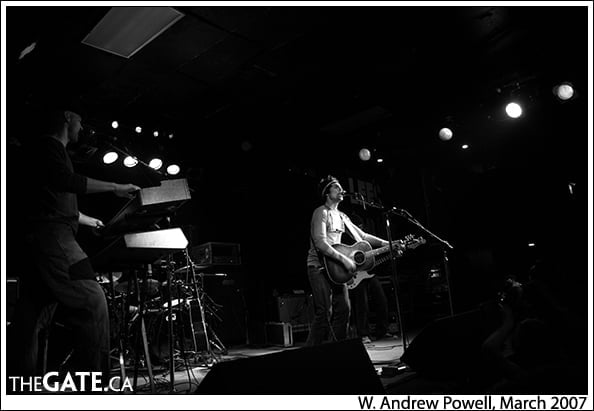 Fisher then mentions that its kind of officially a “coming out party” since he’ll have a record out on Aquarius Records soon. Apparently he’s a talented singer and a funny guy. Not being very familiar with Fisher, I’m not sure what songs are new or old, but he flows through the set brilliantly.

What tops it off is his performance of “High School” a song I’ve loved since last summer when it was all over the radio, but it wasn’t until this moment that I even knew he did the song.

After Fisher’s awesome set, Tomi Swick takes the stage and while I’m not a huge fan of his music, he is a good singer. He’s got an infectious style, and while he didn’t quite blow me away, the set is enough to make me reconsider his style. 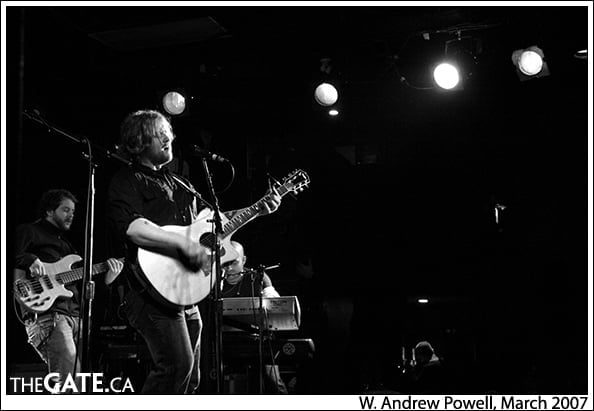 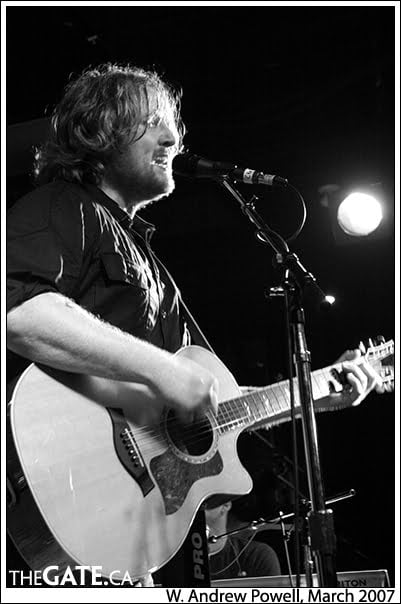