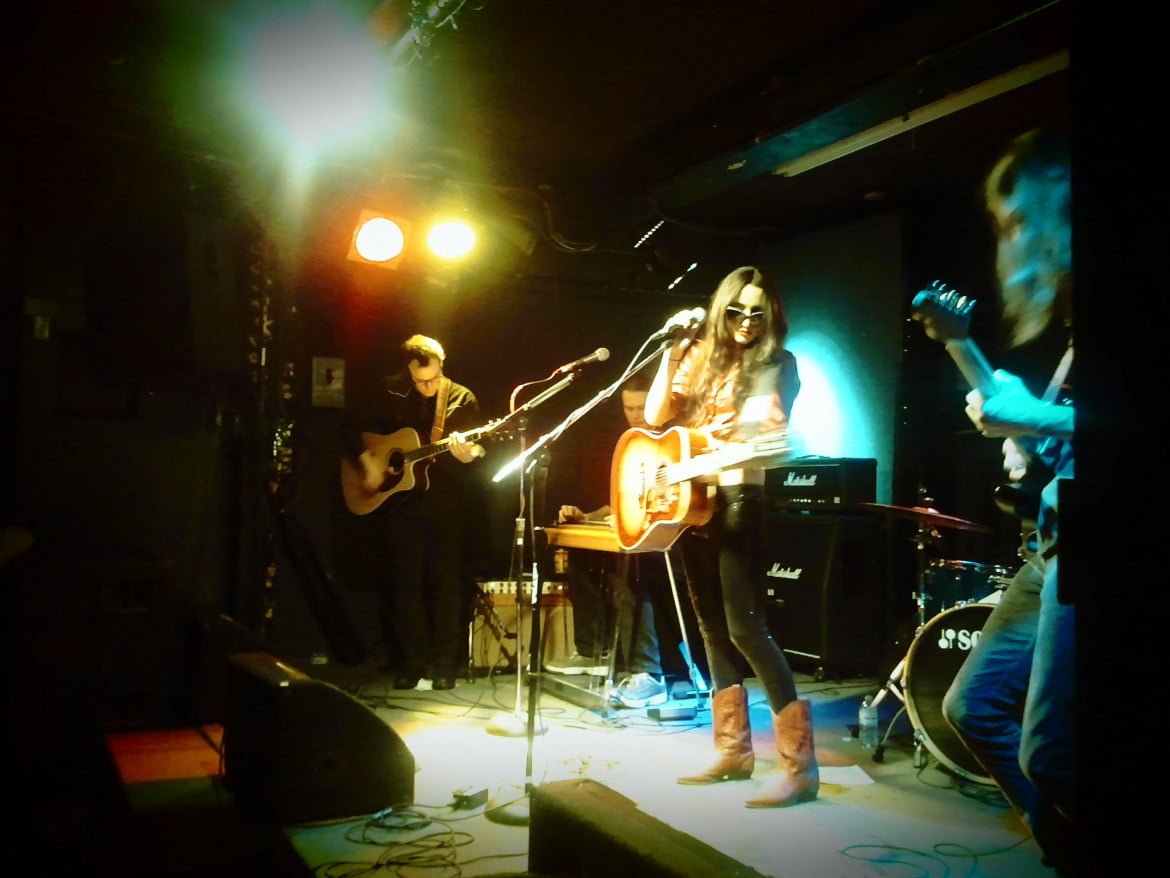 Last night was a fantastic dip into the waters of this year’s Canadian Music Fest, but it was pretty quick for me because of a few prior commitments.

To start the night I was actually at a film screening for my weekly review column, but once I was out I headed to the Rivoli to wait for Lindi Ortega to hit the stage.

Because I arrived fairly early, I had the luck of catching pop singer Robyn Dell’Unto, who I didn’t realize I already knew from her single “Just A Bird” (the video where Robyn walks around Toronto in some sort of chicken outfit).

By far my favorite song of hers was “Ghost,” which she dedicated to her uncle who recently passed away. It was a sad, sweet song with a lot of heart, that builds softly to a wonderful close.

Following Robyn was Lindi Ortega, a powerful Toronto singer and songwriter who I’ve been following for a few years now.

Lindi performed a string of her latest songs, some of which appeared on her EP The Drifter, sprinkled in with some brand-new tracks she’s preparing for a full-length release.

With her strong, syrupy vocals, and whimsical, clever lyrics, Lindi had the crowd tapping their feet and bobbing along as she belted out songs like my favorite, “Dying Of Another Broken Heart”.

While the set wasn’t nearly long enough, Lindi hit her stride early and kept the show going at a brisk pace with her resonant, catchy songs. The whole show left me hoping her full-length album isn’t far away.

The only flaw from my first night of CMF: I didn’t have my cameras with me thanks to the earlier screening. That means I’ll just have to make up for it tonight.