Last night was a bit of a surprise for me – with last week devoted to recovery from the Scotland vacation I didn’t really know what was happening this week. The only thing I knew was that I’d probably head to the NXNE opening party. That was pretty much the plan until I found out about a show at the Mod Club that I couldn’t miss. Yep, that would be Esthero, back from LA for an acoustic set.

I haven’t seen Esthero perform since Canadian Music Week a couple of years ago when she had a full band on stage at the Phoenix. This time around it was just her and a few musicians on stage (including her brother J. Englishman in a Van Halen jumpsuit), doing an acoustic mish mash of her music, and a bunch of cool covers. She also had the amazing Toya Alexis (who competed in Popstars and Canadian Idol) on stage belting out a few songs and singing backup.

I’m going to review the show shortly, although I also have to tackle NXNE starting tonight, so bear with me. You’ll also have to forgive me for the photos – I wasn’t very close to the stage, so they’re not what I’d call my best work. 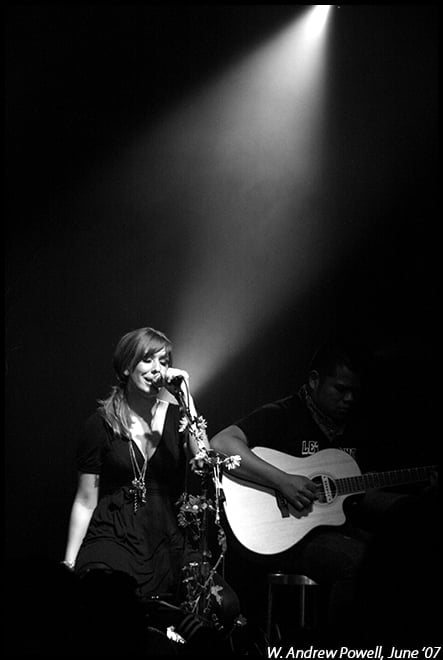