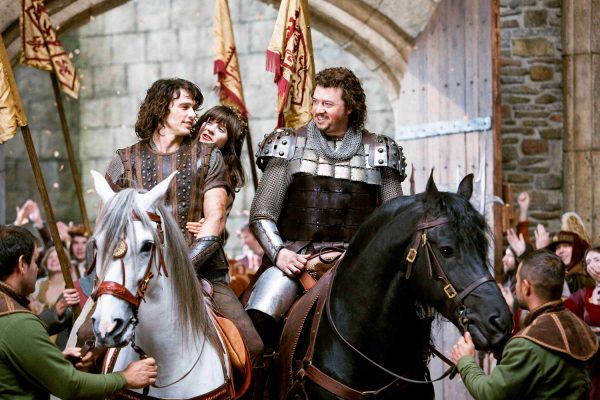 James Franco and Danny McBride star in Your Highness

Enter for a chance to win one of five copies of the comedy Your Highness, courtesy of Universal Pictures, starring Danny McBride, James Franco and Natalie Portman, which is now available on DVD and Blu-ray.

Synopsis: Get high and mighty with Danny McBride, James Franco and Natalie Portman in Your Highness, the epic and hilarious action-comedy from the director of Pineapple Express. Two royal princes – slacker, weed-smoking Thadeous (McBride) and the noble Fabious (Franco) – join with an elusive warrior (Portman) on a quest to free a princess from an evil wizard. Along the way, they’ll have to vanquish horrific creatures and traitorous knights in this raunchy trip loaded with footage too outrageous for theatres.

This giveaway is open to residents of Canada, where local laws permit, who are over the age of 18. Contest closes on Friday, August 19, 2011 at 11:59 AM. Chance of winning depends on total number of entries. 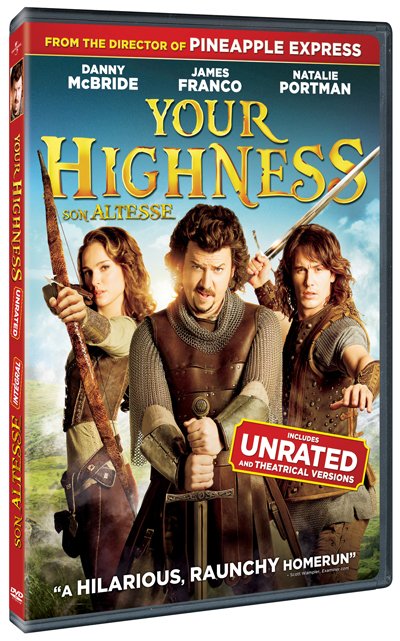 Your Highness on DVD