Enter now for a chance to win Inferno on Blu-ray and follow Robert Langdon again as he tries to save humanity, starring Tom Hanks and directed by Academy Award-winner Ron Howard.

Following The Da Vinci Code and Angels & Demons, and based on the novels by Dan Brown, the thriller Inferno set Langdon up to face the toughest riddle he’s ever encountered, with lives around the world at stake. The film also stars Felicity Jones and Ben Foster.

The GATE is giving away three copies of the special edition Blu-ray that comes packed with all three films in the series, over 25 minutes of deleted scenes, plus featurettes, and more. The 4K Ultra HD, Blu-ray, and DVD arrives in stores today.

Synopsis: In this contemporary action thriller, the famous symbologist Robert Langdon (Tom Hanks) wakes up in an Italian hospital with amnesia and finds himself the target of a manhunt. Langdon teams up with Sienna Brooks (Felicity Jones), a doctor he hopes will help him recover his memories. Together, they race across Europe and against the clock to stop a virus that would wipe out half of the world’s population.

Giveaway Details: The GATE’s Inferno Blu-ray giveaway is open to residents of Canada who are over the age of 18. Contest closes on January 31, 2017 at noon (ET). The chance of winning depends on total number of entries. This prize is valued at $25.

Blu-ray, DVD & Digital Bonus Materials Include:
Deleted and Extended Scenes
Six Featurettes:
“Ron Howard, A Director’s Journal”
“A Look at Langdon”
“The Billionaire Villain: Bertrand Zobrist”
“This Is Sienna Brooks”
“Inferno Around the World”
“Visions of Hell”
Inferno has a run time of approximately 121 minutes and is rated 14A. 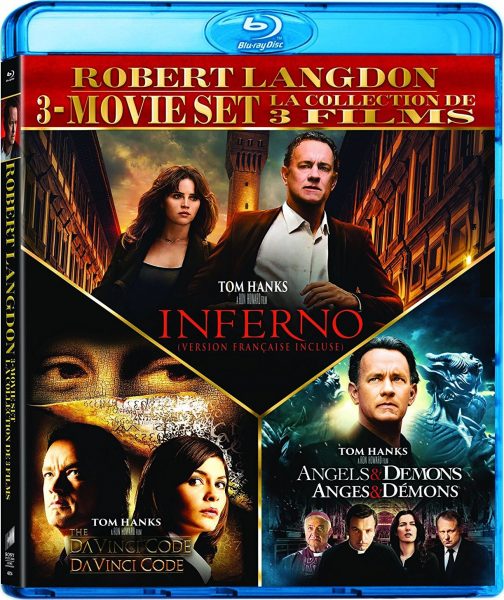