The GATE and Elevation Pictures are giving you a chance to see one of 2017’s most rewarding films: director Nora Twomey’s The Breadwinner. Based on the award-winning novel by Deborah Ellis, The Breadwinner is the touching story of an 11-year-old girl living in Afghanistan who creates stories that give her strength amidst troubling and difficult times.

The GATE has ten double-passes to give away to see the film, and The Breadwinner opens November 24th in Toronto, December 1st in Vancouver, December 8th everywhere.

Synopsis: From executive producer Angelina Jolie and the creators of the Academy Award-nominated The Secret of Kells and Song of the Sea, comes the highly-anticipated new feature based on Deborah Ellis’ bestselling novel. Parvana is an 11-year-old girl growing up under the Taliban in Afghanistan in 2001. When her father is wrongfully arrested, Parvana cuts off her hair and dresses like a boy in order to support her family. Working alongside her friend Shauzia, Parvana discovers a new world of freedom–and danger. With undaunted courage, Parvana draws strength from the fantastical stories she invents, as she embarks on a quest to find her father and reunite her family. Equal parts thrilling and enchanting, The Breadwinner is an inspiring and luminously animated tale about the power of stories to sustain hope and carry us through dark times.

Giveaway Details: The GATE’s The Breadwinner giveaway is open to residents of Canada who are over the age of 18. Contest closes on November 28, 2017 at noon (ET). The chance of winning depends on total number of entries. This prize is valued at approximately $30. 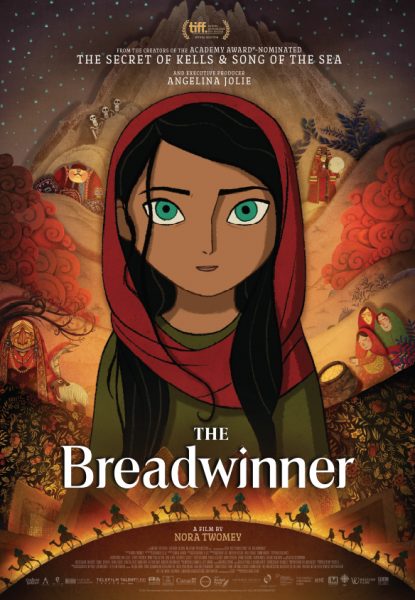