Alex Garland’s Annihilation is out on Blu-ray now, and The GATE has teamed up with Paramount Home Media to give away three copies of the film on Blu-ray, plus a special prize pack.

The critically acclaimed sci-fi film earned rave reviews when it debuted, and now you can enjoy it at home, plus one winner will be selected for a grand prize; an Annihilation prize pack featuring a “Fear What’s Inside” t-shirt, Annihilation hat, light, and Blu-ray.

The Blu-ray Combo pack includes the Blu-ray, DVD, a digital copy of the film, plus over an hour of bonus features looking at the film’s production, tone, style, special effects, performances, stunts, and more.

Synopsis: Biologist and former soldier Lena (Academy Award winner Natalie Portman) is shocked when her missing husband (Oscar Isaac) comes home near death from a top-secret mission into The Shimmer, a mysterious quarantine zone no one has ever returned from. Now, Lena and her elite team must enter a beautiful, deadly world of mutated landscapes and creatures, to discover how to stop the growing phenomenon that threatens all life on Earth. The film also stars Jennifer Jason Leigh, Gina Rodriguez, Tessa Thompson, and Tuva Novotny.

Giveaway Details: The GATE’s Annihilation giveaway is open to residents of Canada who are over the age of 18. Contest closes on June 8, 2018 at noon (ET). The chance of winning depends on total number of entries. This prize is valued at approximately $25, and $100 for the prize pack. One entry per person. The prize cannot be exchanged for cash or any other form of credit and the prize may not be exactly as shown. The GATE reserves the right to make substitute the prize for another of equal or greater value. 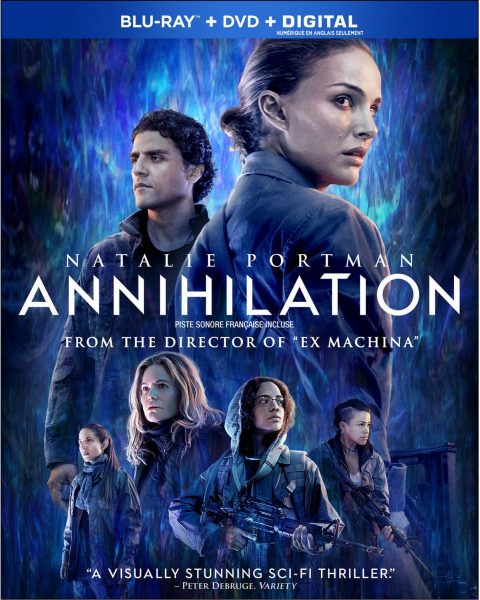 I *REALLY* wanted to win this. Do you have winners listed somewhere?