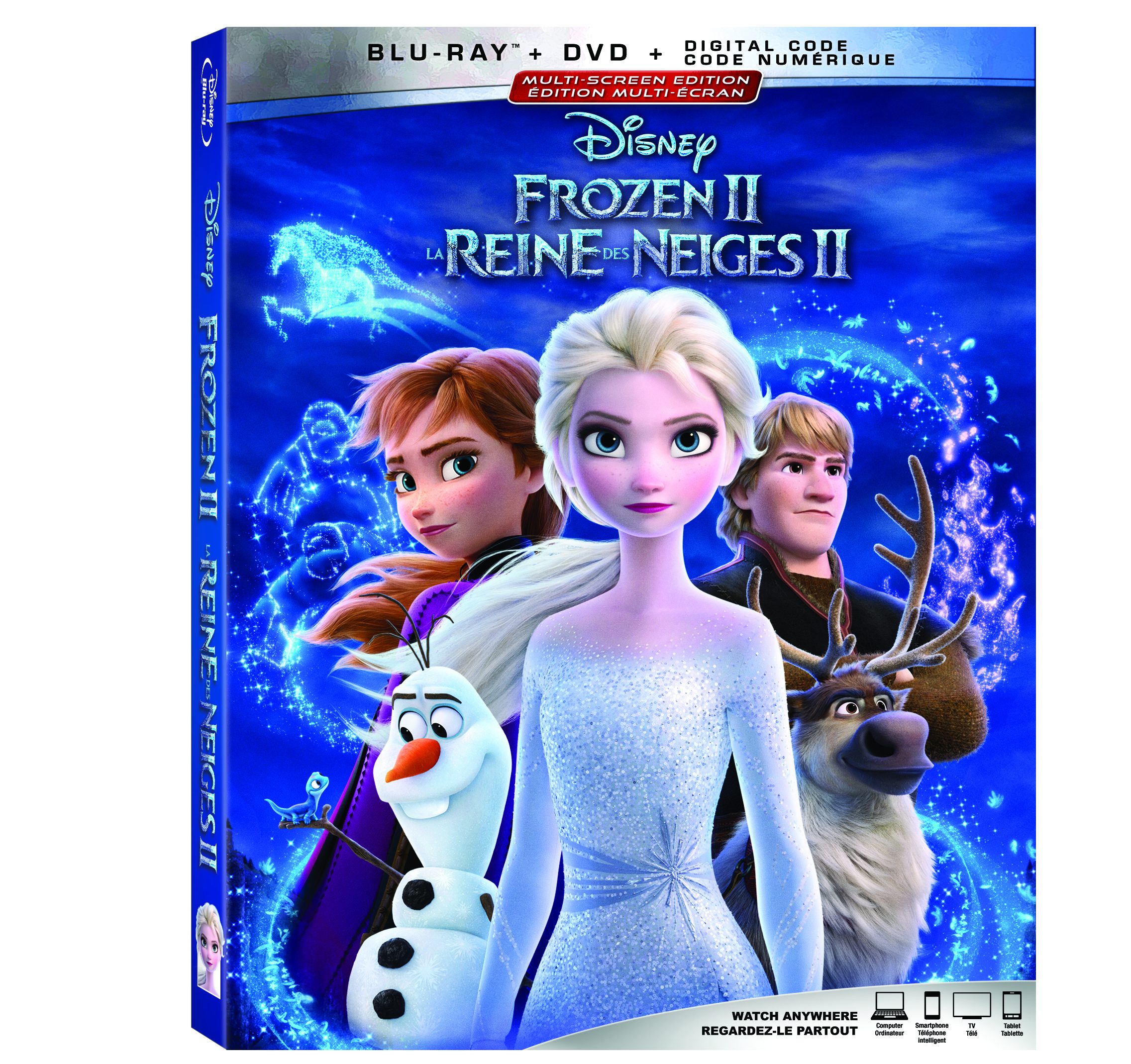 Walt Disney Animation Studios’ Frozen 2 arrives on 4K Ultra HD, Blu-ray, and DVD tomorrow, and we want to give you and your family a chance to bring home the magic.

Frozen 2 bonus features include deleted scenes, deleted songs, Easter eggs, outtakes, and a sing-along version with lyrics to the film’s forever-infectious songs. Extras invite viewers to go behind-the-scenes to hear personal, making-of stories from the Frozen 2 cast and crew. Plus, fans who bring the film home early on Digital will receive two exclusive extras: an interview with songwriters Kristen Anderson-Lopez and Robert Lopez, who won an Oscar for Best Original Song (“Let It Go,” 2014) and wrote seven original songs for Frozen 2, and a deleted song titled “Unmeltable Me.”

Enter now for a chance to win the #1 animated feature of all time, Frozen 2, on Blu-ray, by entering on our Facebook post below.

Synopsis: “Why was Elsa born with magical powers? The answer is calling her and threatening her kingdom. Together with Anna, Kristoff, Olaf and Sven, she’ll set out on a dangerous but remarkable journey.”

Frozen 2 is available on Digital now and Blu-ray on February 25th.

Giveaway Details & Conditions: The GATE’s Frozen 2 giveaway is open to residents of Canada who are over the age of 16. The contest closes on Saturday, February 29, 2020 at 5:00 PM (ET). The chance of winning depends on total number of entries. The prize is valued at approximately $39, and cannot be exchanged for cash or any other form of credit. The prize may not be exactly as shown. The GATE reserves the right to substitute the prize for another of equal or greater value.

I would like to win this magnificent movie for my kids.

What a wonderful movie to see with all my family

I’m sure my grandson would love it!