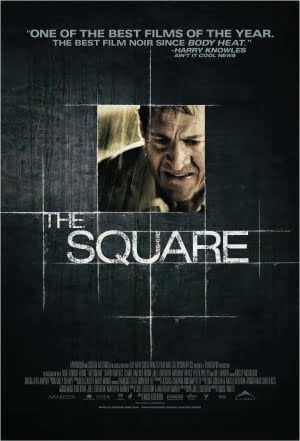 Alliance Films and The GATE are giving away double passes to The Square (squarethemovie.com), a stylish, twist-filled film noir about an adulterous couple whose scheming leads to arson, blackmail and murder.

Directed by Australian stuntman-turned-director Nash Edgerton, and his brother Joel, who co-wrote and stars in the film, The Square will open in theatres on April 16.

Synopsis: Escaping the monotony of a loveless marriage, Raymond (David Roberts) becomes entangled in an affair with the beautiful and troubled Carla (Claire van der Boom). Ray’s moral limits are tested when Carla presents him with the proceeds of her controlling husband’s latest crime. This is their chance: Take the money and run… If only it were that simple.

The Contest: Use the form below to enter for a chance to win one of fifteen double-passes to see the film. The screening will take place in downtown Toronto on April 15th at 7:00 PM. Transportation to the screening is not included.

The giveaway closes on Thursday, April 8 at 12:00 PM (ET) and winners will be selected from a random draw. You must be over the age of 18 to enter.