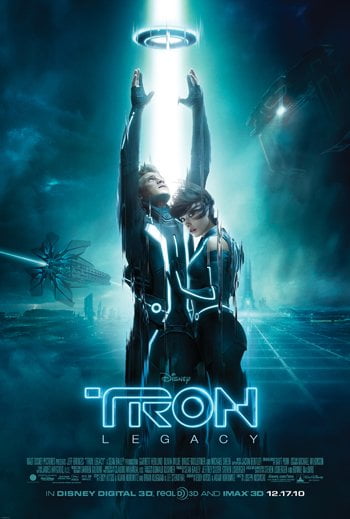 In partnership with Walt Disney Studios Canada, The GATE is giving away double passes to advanced screenings of Tron: Legacy in Toronto, Calgary, Vancouver, Edmonton, Ottawa, and Winnipeg, not to mention a chance to win a grand prize of Tron: Legacy swag.

Opening on December 17 in Disney 3D and IMAX 3D, director Joseph Kosinski’s Tron: Legacy is the long-awaited sequel to the classic 1982 film, Tron, about a software programmer drawn into the computer world. Set some 30 years after the original, the innovative sequel brings original stars Jeff Bridges and Bruce Boxleitner together once more with a few new faces, including Garrett Hedlund, Olivia Wilde, and Michael Sheen.

Synopsis: Sam Flynn (Garrett Hedlund), a rebellious 27-year-old, is haunted by the mysterious disappearance of his father Kevin Flynn (Oscar- and Golden Globe-winner Jeff Bridges), a man once known as the world’s leading video-game developer. When Sam investigates a strange signal sent from the old Flynn’s Arcade–a signal that could only come from his father–he finds himself pulled into a digital world where Kevin has been trapped for 20 years. With the help of the fearless warrior Quorra (Olivia Wilde), father and son embark on a life-and-death journey across a visually-stunning cyber universe–a universe created by Kevin himself that has become far more advanced with never-before-imagined vehicles, weapons, landscapes and a ruthless villain who will stop at nothing to prevent their escape.

For more on Tron: Legacy visit the official site at disney.go.com/tron/ or watch the trailer here. 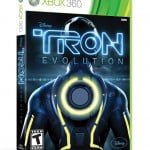 Twenty double passes will be awarded for screenings in Toronto, Calgary, Vancouver, Edmonton, Ottawa, and Winnipeg on Wednesday, December 15th at 7:00 PM. A grand prize will also be awarded including: one Tron: Evolution video game, Tron books from H.B. Fenn, plus a Tron poster and t-shirt.

The giveaway closes on Friday, December 10 at 12:00 PM (ET) and winners will be selected from a random draw. Chances of winning depends on total number of entries. Entrants must be over the age of 18 to be eligible. Winners are responsible for transportation to and from advanced screenings. No purchase is necessary to participate.

Please note that Tron: Legacy is subject to classification.