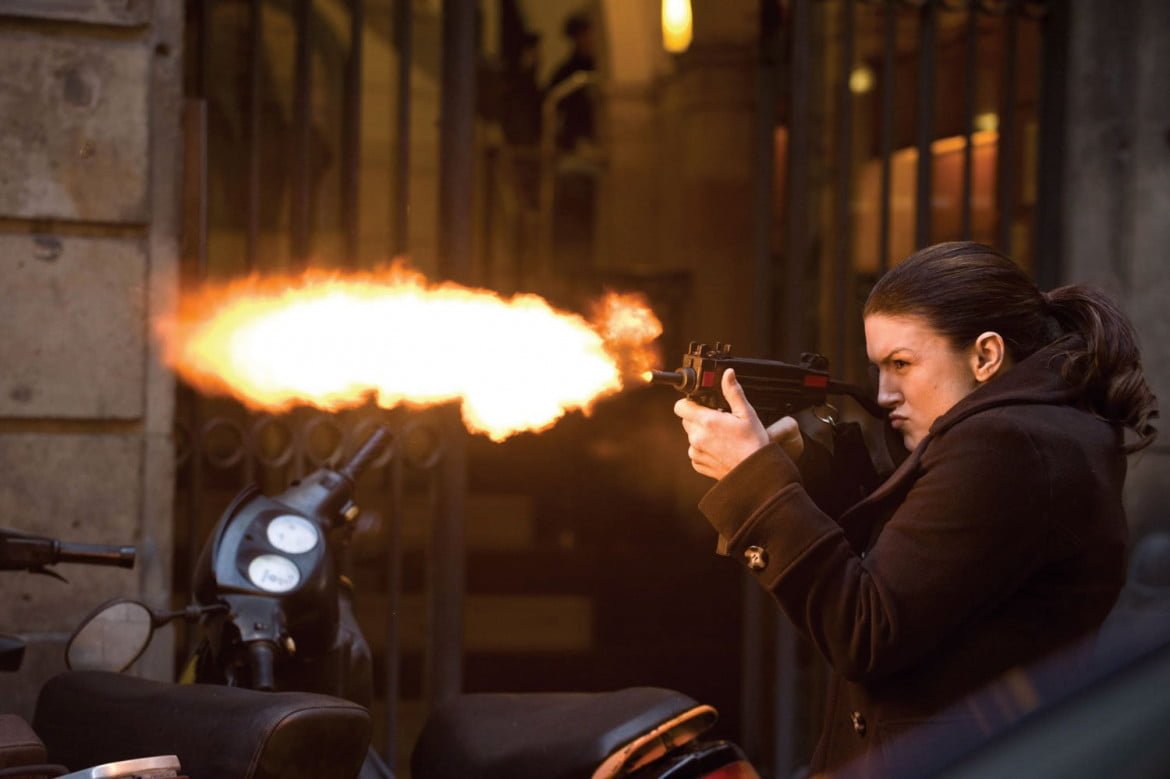 Screening Haywire tonight brought me to a sad realization. Under pressure, the most I could count would be a total of five ultimate female action stars who, time and again, have proven themselves as powerhouse fighters on screen.

That list would clearly include Sigourney Weaver, Kate Beckinsale, and I would even say Milla Jovovich, plus you would have to include Angelina Jolie, and the runner up, who still has a lot to prove, is Zoë Saldana.

That makes Steven Soderbergh’s Haywire a welcome sight since it potentially introduces a woman who could make a name for herself as an action star, if Haywire proves itself to audiences.

Former mixed martial arts star Gina Carano is Mallory Kane, a freelance hired gun who works for governments to deal with tough situations, like hostage situations where normal covert tactics are not possible. As we first see her, waiting for someone at a small diner in the middle of nowhere, Mallory ends up getting the crap beaten out of her as an ex-coworker shows up to drag her back to her boss.

Following her story back through the last few weeks, Mallory takes a hostage as she explains her story to him, and explains how she found herself double-crossed with killers on her tail who are trying to clean up the unsightly loose ends.

After a mission in Barcelona ends smoothly, where Mallory helped rescue a writer, the heroine goes to Dublin on a fresh mission, and then on to Mexico, and at each destination things get worse and worse for the former soldier who will have to find a way to take down the people who are stalking her.

Channing Tatum, Ewan McGregor, Michael Fassbender, Antonio Banderas, Bill Paxton, and Michael Douglas co-star in this sometimes brutal action film where Carano makes use of her real-life skills to execute some killer stunts that involve jumping roof-tops, fighting most of her co-stars, and generally being a badass. And she’s damn good at it too.

The bright side of this film definitely has to be Carano, who may not have a lot of character to work with, and certainly didn’t inject much into this role, but I can’t deny she is a beautiful leading lady who knows how to land a kick, and doesn’t look like she pulls a single punch. It’s also refreshing to watch an action movie where the female lead never really sexualized for the audience’s benefit. She can be seen in some skin-tight outfits throughout the film, but cinematographer Peter Andrews’ camera does not linger unnecessarily, which is rare for this kind of action film.

Credit for the film also deservedly should go to Soderbergh, of course, who sticks to keeping the film energetic, and even a bit mysterious until the end. While keeping music out of the key fights, and ignoring a lot of the usual action sequences you might expect, Haywire comes off smarter than average actioners.

The trouble with the film though is that screenwriter Lem Dobbs has basically written a normal action film, except with a female lead. There is little or no character development throughout Haywire. We barely know anything about Mallory, she does not evolve as the film progresses, and the main emotion we see throughout the film is a cold stare, or else maybe an occasionally playful smile. Although we want Mallory to win, it’s hard to get invested in her life, and Soderbergh never guides Carano to any great epiphanies on screen. His role is to keep this film tight, on-time, and focused, and he succeeds at the cost of passion and deep intensity, missing out on all the fire that makes great action films burn.

Carano could go on from Haywire to be a huge action star, and I’ll gladly count her name in that short list of female action heroes who have left a mark on the screen, but I hope she is given more to work with in her next project, and offers more of herself as well. 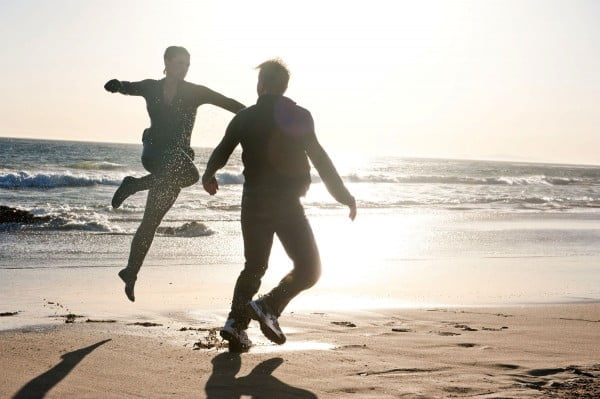 A scene from Haywire