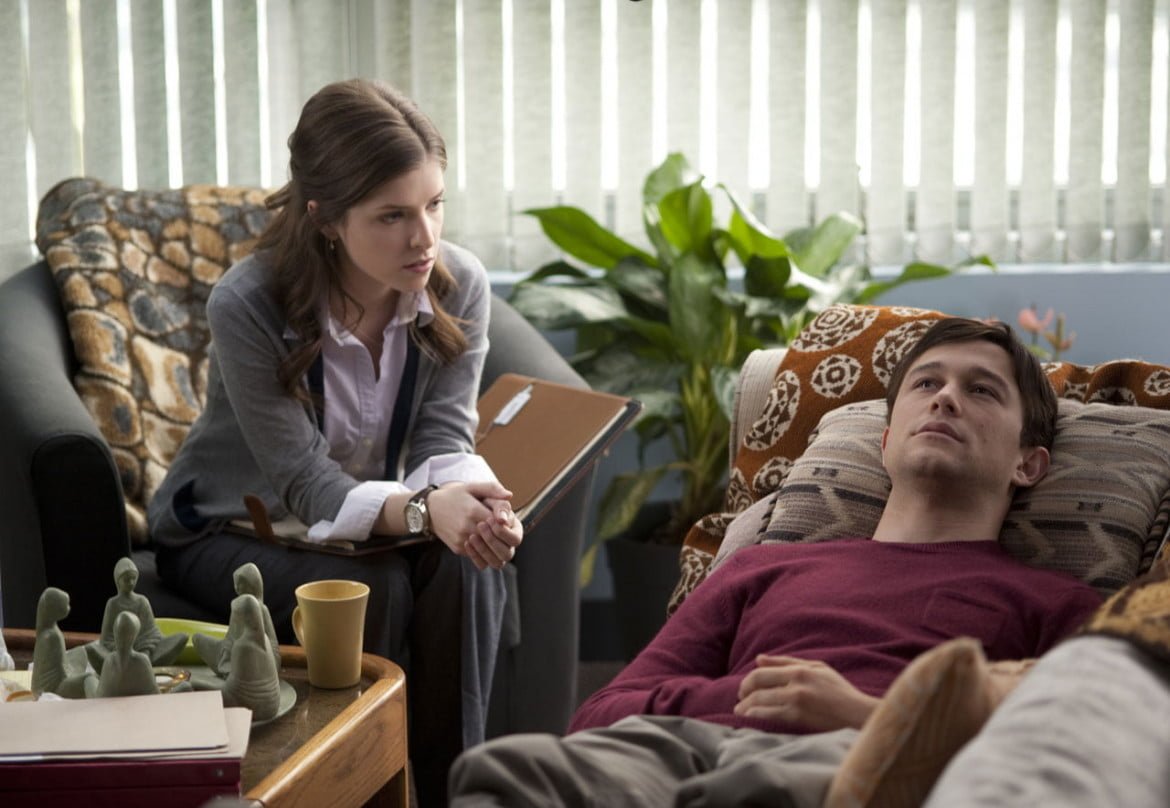 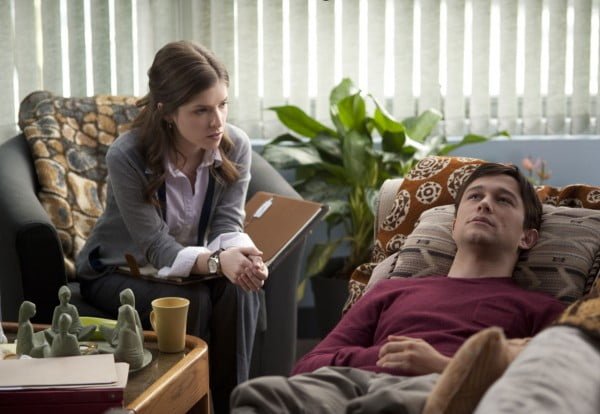 Anna Kendrick and Joseph Gordon-Levitt in 50/50

Like a lot of movies, 50/50 was not exactly what I expected based on the trailers I had seen. Newcomer Will Reiser wrote a script that I knew would be tough at times, but even though I was prepared for the fact that it was a drama about one man’s fight with cancer, I still expected the comedy elements to win out somehow. The truth is though, 50/50 is a full on dramedy, and whether it’s being tough, tense, or even tearful, the important thing is that the film is also really, really good.

It’s also still really funny, but we’ll get to that later.

Joseph Gordon-Levitt stars as Adam, a regular guy working at a radio station who finds out that the back pain he’s been suffering from for several months is the result of a malignant tumor that could ultimately kill him if his doctors can’t deal with it.

Taking the news as best he can, and feeling the pressures of his chemotherapy treatment, Adam finds his life turned upside down as he has to figure out his relationship with his girlfriend, Rachel, played by Bryce Dallas Howard. At the same time his friend, Kyle (Seth Rogen), is capitalizing on Adam’s illness by finding ways to pick up women, and Adam is having a hard time dealing with his distraught mother, played by Anjelica Huston, who is taking care of Adam’s father, Richard (Serge Houde), who is suffering from Alzheimer’s disease.

The only calm in the midst of this storm of troubles is Adam’s young therapist, Katherine, played by Anna Kendrick. Although Adam is bottling up his emotions, hiding them behind a numb exterior, Katherine is trying to find ways to help him deal with the disease, and with the people around him who want the best for him.

Courtesy of The Wackness director Jonathan Levine, 50/50 is a funny movie, but the laughs are not meant to take your mind off the real story. The jokes add lots of humour, as when we meet Adam’s new dog, Skeletor, but these moments also help lift the film in a way that doesn’t feel forced just to lighten the mood. Adam and his friends and family have a hard time with the treatments and the disease, like any family would, and the natural defence mechanism for most people is laughter, so that feels right. Because the jokes are written so well, and are such a close part of the story, these moments actually helped reinforce the story, and helped me believe in Adam’s tale.

But, I still would level a couple of minor complaints at the marketing team behind the film, and one other aspect of 50/50.

As someone who has had multiple family members suffer through cancer, it would have been nice to have seen this film packaged more to its strengths. The packaging lightly proclaims, “a laugh-out-loud comedy”, and “from the guys who brought you Superbad,” but that does the film a huge disservice. 50/50 is funny, intelligent, well-acted, and it will pluck at your heartstrings frequently, but it’s not the kind of comedy I would associate with Superbad, and it’s not, strictly speaking, even really a comedy. The word dramedy was invented exactly for films like this, and it says a lot about 50/50 that it can walk the line between those two territories without ever faltering.

The film’s only major failing would simply be that it’s too predictable, but that too is a complaint I wouldn’t level too strongly since the most obvious scenes were few and far between, scattered around Reiser’s excellent dialogue, and Levine’s wonderful pacing and direction to his cast.

Whether you can identify with the story or not, I would highly recommend 50/50. The film is easily one of my favorites from 2011, and gave me a lot of respect for everyone involved. I also really appreciated the easy chemistry between Gordon-Levitt and his co-stars–especially Kendrick and Rogen, but excluding Bryce Dallas Howard for very good reasons.

Supplementary features on the DVD include a commentary with Rogen, Levine and Reiser, deleted scenes, plus three featurettes, including one extra that explores the story.