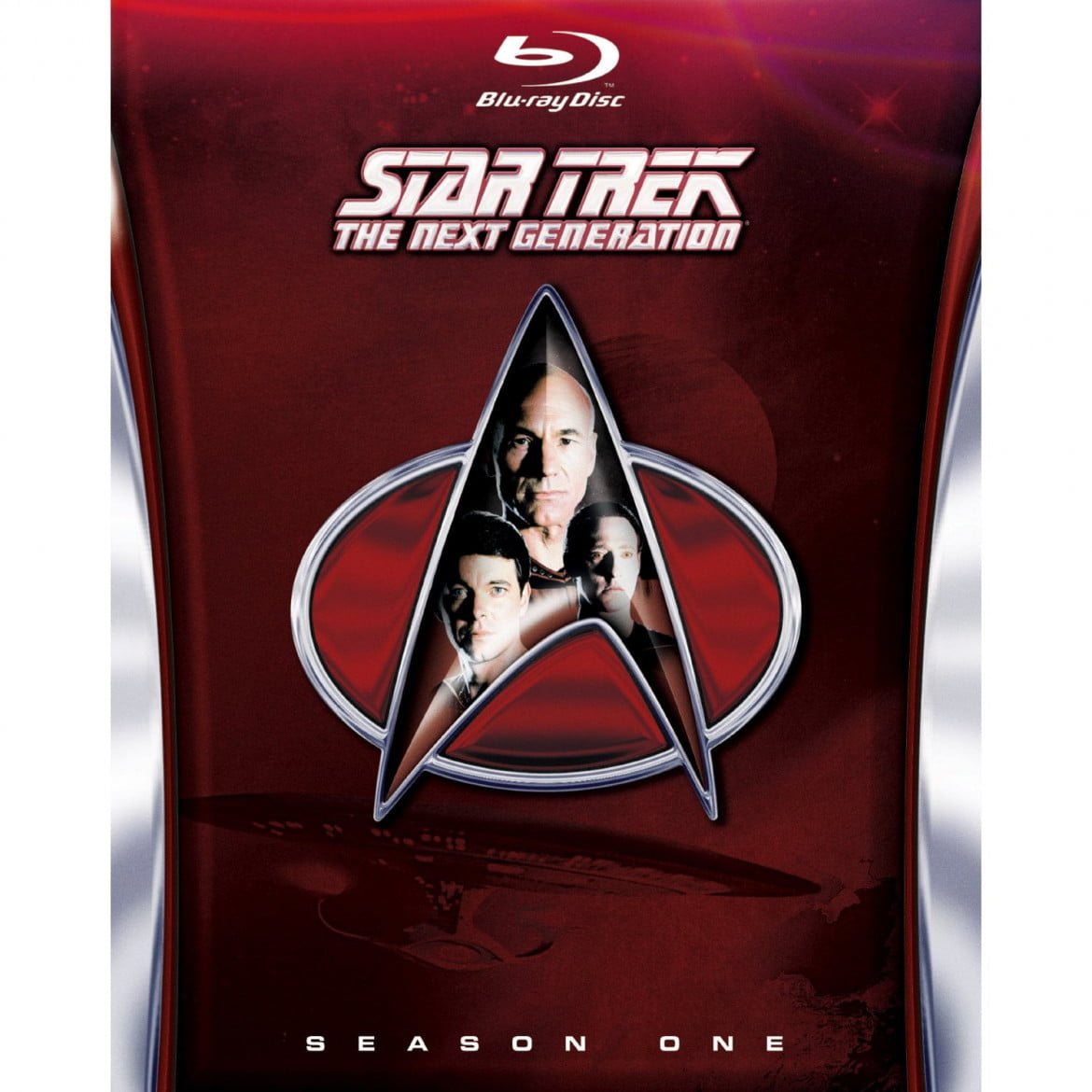 From the beginning, I was a fan of Star Trek: The Next Generation, and when it debuted on DVD over a decade ago, I devoured the episodes and wrote extensive reviews of the collection.

After all this time, the series has aged significantly though, so what is remarkable about the first season debuting on Blu-ray is not just that it arrives with new features, and that it will play to a whole new generation of science fiction fans, but also that it clearly took a lot of work to bring the episodes up to high definition standards.

Across almost all of the featurettes on the Blu-ray disc, the show’s producers and crew talked extensively about the process of re-scanning the original negatives, and recreating the effects that were simply too low resolution to use on the Blu-ray.

In terms of the episodes and the stories, the first season of Star Trek: TNG still stands up reasonably well despite the fact that it’s almost 25 years old. Later seasons would see the producers and writers perfecting the show’s style and storytelling techniques, but the first season of TNG is a great example of Gene Roddenberry’s vision, and it paved the way for what made the series exceptional–great characters, heartfelt plots, and impressive special effects, which have been improved upon for this release.

While the first season does suffer from its age in places, there are some stand-out episodes worth mentioning. The pilot episode, Encounter at Farpoint, is of course notable for setting the stage for the series, and the future encounters with Q, played by John de Lancie.

Where No One Has Gone Before is also a great episode, and one of the first to feature Wesley Crusher (Wil Wheaton) prominently as he befriends an alien that can bend space, played by Stanley Kamel.

Skin of Evil is a strange moment in the series, especially since it kills off one of the show’s main characters, but it’s worth watching. Even now, it’s hard to know exactly what to think of this move by both the series and the star, and it clearly seemed premature, to say the least, but the episode works because it is just so different from what we expected.

The Big Goodbye is another favorite episode because it’s one of Patrick Stewart’s best in the season as Captain Picard dives into the holodeck and the 1940s world of detective Dixon Hill, and Data (Brent Spiner) joins him as the system starts to go haywire. It’s hard not to enjoy seeing Spiner playing one of Data’s “characters,” which happened quite a bit thanks to Spiner’s range and killer comedic timing.

Maybe best of all though, there’s Datalore, where the Enterprise crew discovers Dr. Noonien Soong’s lab on a lost planet, where they discover a second android that looks exactly like Data, but goes by the name of Lore. This is one of Spiner’s best early episodes as he plays both parts, and we are introduced to one of the series’ long-standing villains.

Features on the Blu-ray are impressive for the amount of detail we get on bringing Star Trek: TNG to Blu-ray. Included in the features is a gag reel, an extensive look at how the series was prepared for Blu-ray, and a three-part featurette on creating the series, its launch, and how the show was developed over time, including the scripts, design, and how the cast worked together. The three-parter runs a total of over 90 minutes, and it’s worth watching from beginning to end for the amount of detail we learn, and off-screen moments we see with the cast and crew.

As a restoration job, season one of Star Trek: The Next Generation on Blu-ray is an impressive effort, and it just makes me even more excited to see where they can take all of the other seasons.